Cary, NC – When Bill Peters came to Raleigh to interview for the head coaching job, he had a notebook in tow with analytics about every category regarding the Canes and where the team was good and where the longer list was of where the team needed improvement. It didn’t take any special analytics for evaluating or summarizing the game against the Penguins after a full four day break. 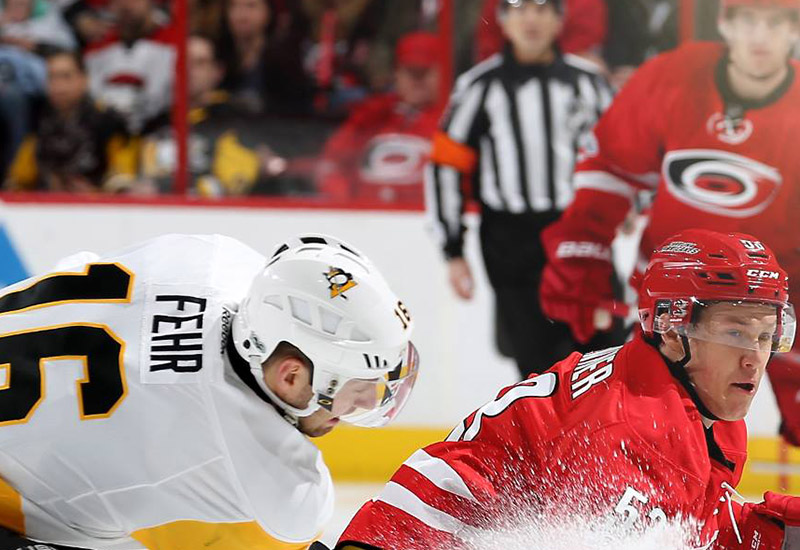 Peters also made a statement, backed up by analytics: the Canes needed to be a team feared on home ice and have a strong home record while going at least .500 on the road. Achieve those and playoffs would be in the cards every year. Peters had a solid background and great recommendations at every level, and while most who the Canes met with had similar backgrounds and recommendations, the analytics are what set Peters apart and above the rest. The Canes may have been thinking it was a five day break as they just flat out didn’t show up against the Penguins, who won 6-1 on a game that was far worse than a five-goal differential.

In stretching for the only good note for the Canes, Teuvo Teravainen scored on the only real scoring opportunity. The Penguins’ Jake Guentzel scored at the 13:36 mark of the first after the Pens used their patented crisscross pattern in the slot area causing two Canes to collide. The never-appreciated but always excellent player, Phil Kessel, skated through the deep slot turned around and made a soft pass to Guentzel on Ward’s right who pushed the puck into the net as if he was cleaning up pucks during warm ups.

The huge amount of Penguins fans in attendance then came to life as they knew how well the Pens have been playing, going 10-1-1 in the past 12, and how disorganized the Canes looked. This game was theirs and the only question was how many Pens would get on the scoreboard.

The Pens scored their second early on the second off a strong faceoff win by Evgeni Malkin back to Olli Maatte. Maate shot from the deep far right point with Carl Hagen camped out in front of Ward. The screen worked as Ward never saw the puck putting the Pens up 2-0. Teravainen’s goal came just a little over a minute later and the Caniacs, let along Peters and the rest of the coaching staff, were hoping this was a turning point. Sebastian Aho did a nice forecheck along the back boards sending it directly to Elias Lindholm’s stick. Lindy was in the high slot and rather than shoot as nearly everyone in the arena thought or wanted, including Matt Murray, he chose to pass off to Teravainen. Teuvo settled the puck and put a nifty shot over Murray’s left shoulder to close the gap 2-1 and put life back into the fans wearing red. Then the Phil Kessel show went into action as he scored on his next two shifts putting the game out of reach.

The Pens’ other big names, Sid Crosby and Malkin punctuated the third period completing the game with all the big stars of the Pens showing up on the scoreboard while the Canes’ guns were silenced again. The Canes are a faster team but it was the Pens that had a stride up on the Canes all night. In many cases, their offense were pushing the Canes defense out of the way. At least Trevor van Riemsdyk took exception to Malkin’s aggressiveness as both players got the hook, Malkin for a slash to the legs and TVR for roughing. In talking to a few fans during the third period, frustration is the main theme and questions of what GM Ron Francis is going to do, buy or sell, before the trading deadline.

If anything, he should be a seller but main question is: who? Lee Stempniak is UFA after this season but after being out for nearly the entire first half and hasn’t been the old Lee yet, what could he bring? Ward is also a UFO and I’m sure several teams would want him as a legitimate back up but, really, does anyone think that’s going to happen? Derek Ryan is a UFA and only a slight chance someone needs a fourth line center. Plenty of RFAs: Josh Jooris, Joakim Nordstrom, Noah Hanifin, Elias Lindholm and Phil Di Giuseppe. There could be a shocker with a 2019 UFA: Jeff Skinner or Justin Williams, doubtful but something needs to change, again, before October.

Very disappointing game, and as Peters said after the game: no one is happy with what was on the ice. Everything was unacceptable, saying all this before he reviewed the analytics of the game. Glad we’re not hearing what he’d have to say after the game video and analytic review.

Quick shout out to great Cane fan, Jim Kelly, especially for Chad LaRose, and congratulations on his retirement. 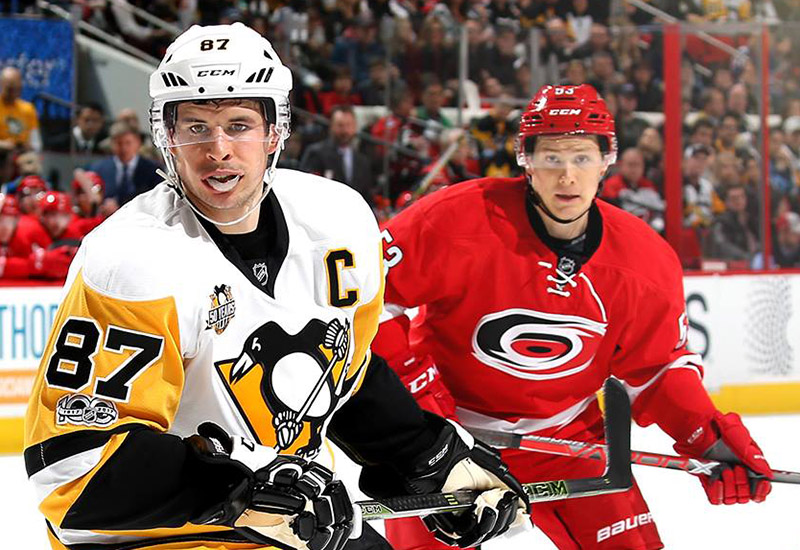