Morrisville, NC – In a project more than 10 years in the making, the Town of Morrisville announced it selected a developer for the first stage of the first Morrisville Town Center.

Morrisville first approved a Town Center concept in 2007 and in a Town Council meeting in late January, Armada Hoffler Properties, Inc. was selected as the developer for the Demonstration Area, which will be the first stage in the Town Center’s construction. Assistant Morrisville Town Manager Todd Wright said Morrisville is currently working on a Memorandum of Understanding with Armada Hoffler, with plans for construction to start in May.

“The Demonstration Area is a four-acre project, along Town Hall Drive and Jeremiah Street,” Wright said. “It will have 172 residential units, more than 20,000 square feet of commercial space and a 350-space parking deck.”

The full Town Center is a multi-phase project and Wright said the final product will have residential units, multiple corridors of retail, small-scale offices, a community center and a wetland center, as well as a location for the Western Wake Farmers Market.

The Town Center will also include a new four-story library being built by Wake County, which will be built alongside the Demonstration Area.

“The library will be the first to be built and we hope for it to be completed by Fall 2019,” Wright said.

Both Wright and Morrisville Town Manager Martha Paige said the goal behind the Town Center is to give Morrisville its first true downtown and create a gathering space for residents and visitors.

“From the moment I stepped in the door, this was a big project,” Paige said. “Council is very energized by this project.” 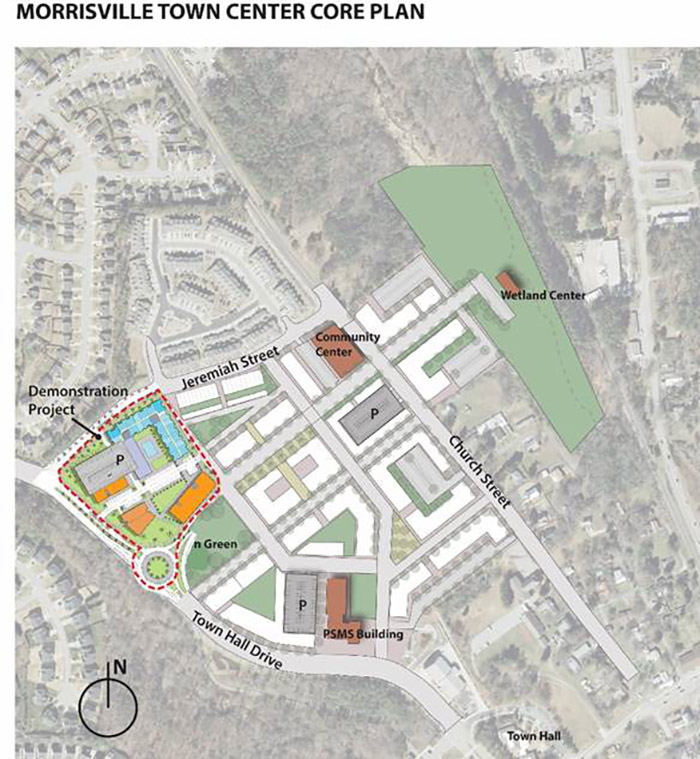 As a multi-stage project, spreading from Town Hall Drive to beyond Church Street, different parts of the Town Center will begin construction at different times and likely be built simultaneously with other parts. Wright said Armada will present a schedule in the coming days but there is an order of development some pieces will need to follow.

“The library is up against a bond deadline so it needs to go first,” Wright said.

Also, Morrisville needs to install water and other utilities for new buildings as well as start construction on the road network. Wright said bids are currently open for the road network and Town Council will vote on those in April. Other stages of the project will need to wait for all this infrastructure before they can go forward.

The other step is acquiring the land for the Town Center. Of the 36 acres where construction is planned, Morrisville owns around half.

“We will have to acquire that land before going forward,” Wright said.

If all goes according to plan, the Demonstration Area should be complete in Summer 2020. 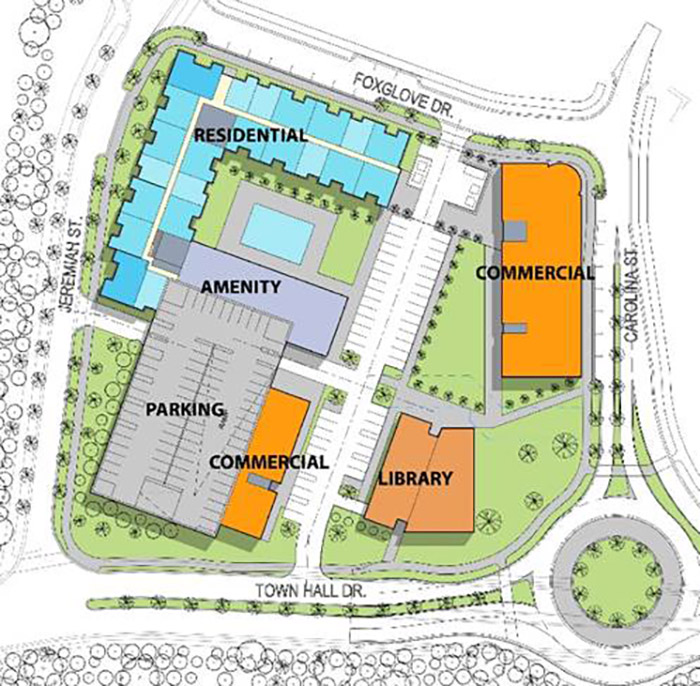