Cary, NC – Close to 10 percent of Cary’s population is over the age of 65 and this region has one of the fastest growing senior populations nationwide. Aware Senior Care has stepped in to address the need for more and better senior in-home care, which has led to them earning two top local awards for small businesses in 2017.

“These awards are points of validation,” Tim Murray said. “It means we must be doing something well. They’re proof of our success.”

Aware focuses on in-home care services and came from Tim and Gina’s personal experiences taking care of aging parents and a lack of compassionate care.

“We saw home care can be done so much better,” Murray said.

A large piece of that is making sure caregivers are engaged and passionate about what they are doing. Murray said Aware has been successful because of the investment they make into finding quality caregivers and making them feel invested in their service.

“What forms the core of what we’re doing is our employees. We have to take care of our caregivers. They’re us. They’re in the trenches,” Murray said. “We hire every week and you can tell who’s into the job and who’s there for a paycheck. I understand and respect coming for a paycheck but we’re looking for people with a passion.” 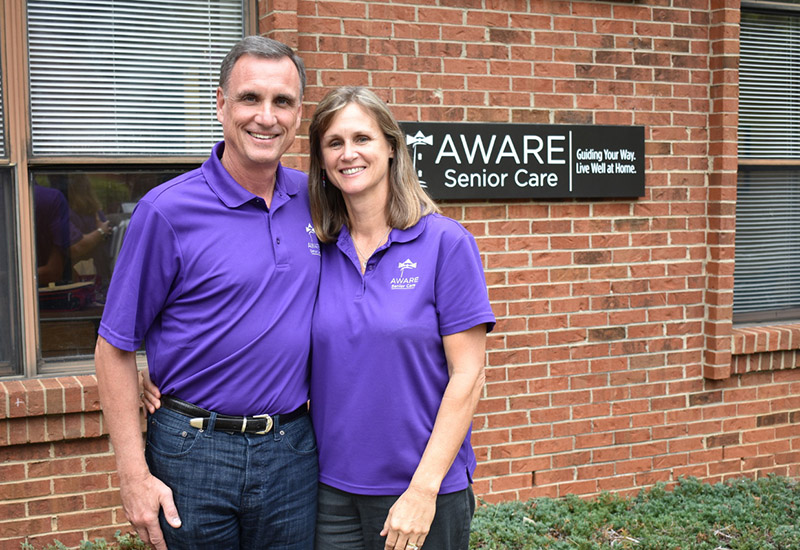 Murray and his family came to Cary in 1992 and he has been active in local communities and organizations, from Rotary Club to the Chamber of Commerce.

“There’s a great group of people at the Cary Chamber and they have great connections,” Murray said.

In a bustling community such as Cary, Murray said the challenges of taking care of an aging population require different parts of the town teaming up. According to the Town of Cary, 5,000 citizens turn 65 each year. For Murray, he said this is an opportunity for Aware not only as a business but also as educators.

“We educate people about the services and resources for seniors here in Cary, whether it’s transportation or meal delivery or anything else,” he said. “We also make connections so if someone contacts us and we see they just need, say, meal delivery, we know three or four groups who can help with that.”

Currently, both Cary and Morrisville are working on expanding facilities for local seniors and while Murray said this is an important component, he said this addresses about 30 percent of the needs of seniors.

“Towns need to do more about the seniors who want to continue living at home,” he said. “What kind of resources are we going to have for people who are staying in their homes?”

Aware Senior Care is located at 104-A Fountain Brook Cir. 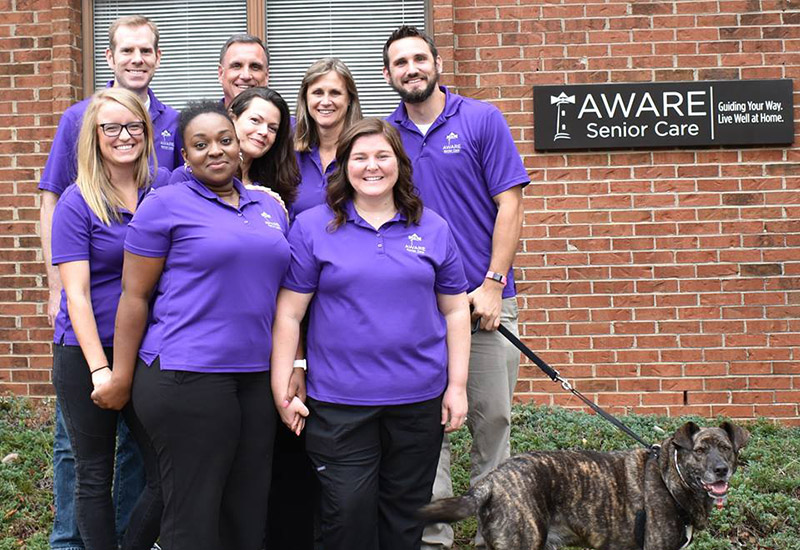