Cary, NC – The U.S. Men’s National Team (MNT) competed in front of a sold-out crowd at Sahlen’s Stadium at WakeMed Soccer Park, with a narrow victory over Paraguay thanks to a penalty kick.

This Tuesday, March 27, 2018 game was the first victory by the MNT in 2018, after coming to a draw against Bosnia and Herzegovina in late January. For much of the first half, the U.S. team had the majority of ball control and nearly got a goal in the 16th minute as they cut through the midfield but the shot by Jorge Villafaña was blocked.

The game-deciding shot came in the 45th minute when Tyler Adams got cut off by Paraguay goalkeeper Roberto Fernandez. The referees called a yellow card on Fernandez and Bobby Wood was selected for the MNT’s penalty kick. It sailed into the net and for the rest of the match, it was a 1-0 game.

Both sides made close attempts on traditional goals throughout the match but neither were able to crack the other’s defenses. MNT goalkeeper Zack Steffen played his first no-goal game, with a narrow block in the 26th minute as Paraguay’s Federico Santander and Oscar Romero attacked the net with a clever, winding play that Steffen was able to stop. In the end, the match stayed at 1-0.

This Tuesday’s match was the first time the MNT played in Cary since 2006 when it played Jamaica to a 1-1 draw, although the team has been to WakeMed Soccer Park to train in the past.

“I have great memories of Cary as the springboard for our quarterfinal run at the 2002 FIFA World Cup,” said MNT Head Coach Dave Sarachan. “The North Carolina soccer community has always offered great support to our National Teams.”

Most recently, the U.S. Women’s National Team played South Korea at Sahlen’s Stadium in late October 2017 and had a shorter gap between its game since it previously played Switzerland here in 2014.

Whether this past Tuesday’s game may lead to more MNT games, and sooner, is not clear yet and none are scheduled. But the Cary Town Council did recently approve county funding for the stadium to add WiFi and replace grass fields with synthetic turf. 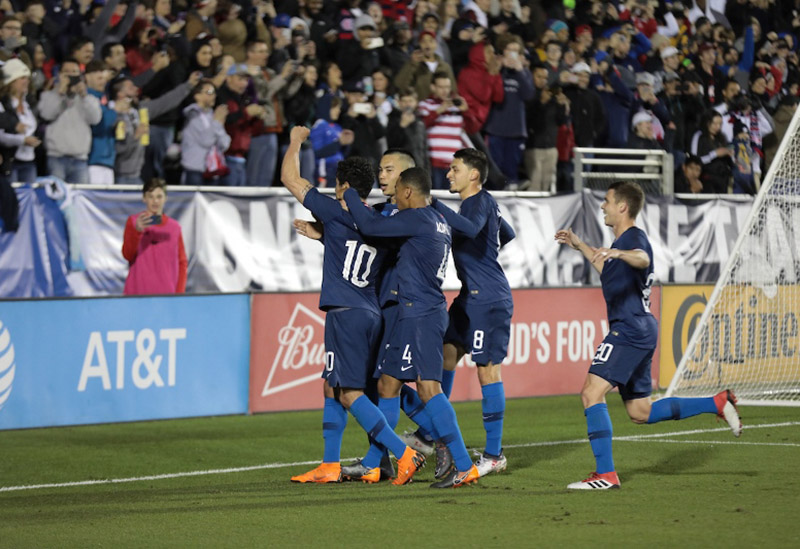 Story by staff reports. Photos courtesy of US Soccer.