Cary, NC – In the only Cary Town Council regular meeting of March, the Town Council had a relatively light agenda, including votes on PDD amendments and funding for infrastructure in Cary and more.

The only Public Hearing at the Thursday, March 22, 2018 meeting was a request to remove a zoning condition in the Weston Manor subdivision near North Cary Park. The neighborhood has a zoning condition to encircle the land with a private pedestrian asphalt trail and a bridge to connect to the Black Creek Greenway.

However, the bridge has twice been destroyed by floods and storms. As it turns out, the bridge sits in a floodplain area and it has now been removed altogether rather than rebuild it and wait for it to be destroyed again. According to Cary town staff, a more fortified and elevated bridge would be needed in this area, akin to the bridge in North Cary Park.

The Weston Manor subdivision with the former bridge location marked

The cost of that bridge would be around $400,000 according to town staff so the neighborhood is asking to remove the condition that they need a bridge rather than have the 43 homes in that subdivision pay for the new, more expensive bridge.

“It is insurmountable to put that on the back of 43 homeowners,” said Mike Hunter, who was speaking on behalf of the neighborhood. Hunter also said they are looking at other options for replacing the bridge.

The only speaker at the Public Hearing was a homeowner in the neighborhood who said the recent weather destroying the bridge was unexpected – an “act of God” – and asked for the condition to be removed.

The possibility for the Town of Cary paying for the new bridge cannot be part of the Town Council’s consideration when voting although Town Council indicated that may be discussed in the future. Councilmember Jack Smith added that it is not an assurance that Cary would in fact pay for a new bridge. The rezoning amendment was then referred to the Planning and Zoning Board.

There were three Discussion Items on the agenda but none saw significant comment by Town Council. The first was a vote to amend the Twin Lakes Planned Development District off of Davis Drive. This is the development where the Davis Drive Wegmans is planned.

The development is broken up into five parts and this would create a new subcategory that would only have residential units. The plan is for 200 multi-family, age-restricted homes. Here, “age-restricted” means 80 percent of the homes must have at least one resident aged 55 or older.

There is one cell tower in this location that will remain. One member of the Planning and Zoning Board voted against the proposal for that reason but the other eight voted in favor. The Cary Town Council voted for the amendment unanimously. 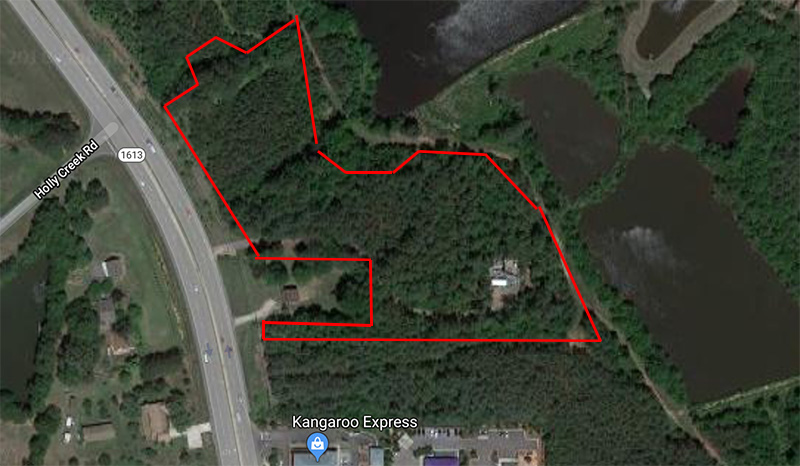 This project will cost $5.8 million in total, with all but $1.026 million funded through federal and community grants. That remaining money will come from park payments in lieu. The Cary Town Council voted unanimously to award the bid.

The final Discussion Item dealt with a funding agreement between Wake County and Cary. Town facilities can be funded through the Wake County Occupancy Tax and Hospitality Tax, which Cary pays into. This agreement is over $1.067 million award to the town by Wake County for sports facilities in town.

Those facilities are WakeMed Soccer Park – which will replace grass fields with synthetic turf and add WiFi to Sahlen’s Stadium – and Cary Tennis Park – which will improve the court, the lighting equipment and seating. Cary Town Council voted unanimously for the agreement.

Normally the Consent Agenda goes by without noteworthy developments, as Town Council passes items with unanimous approval and recommendation by all parties involved. However, Councilmember Jack Smith made a brief note at the end of this period to bring attention to the Regency Park amendment dealing with parking spots now being on the Consent Agenda.

Originally, this was a Public Hearing which saw complains from the neighborhood but through talk between all parties, there is now an agreement on what is to be done and it made it to the Consent Agenda. Smith took the time to commend all sides on working to come to this agreement.

“This happens every day with a lot of different cases but I felt like, once in a while, we need to step back and recognize the work that’s done both by the community and by the applicants,” Smith said.

There were only two speakers at this meeting’s Public Speaks Out segment. The first speaker was the president of her Homeowners Association and thanked the town for their neighborhood improvement grant.

The other speakers was a homeowner who lives near Montibello Drive off of North Harrison Avenue. He spoke out against the proposed U-turn that would come as a part of the proposed hotel project and said this would lead to traffic being sent through residential roads. Additionally, the homeowner criticized the practice of traffic/map apps that often send drivers through residential neighborhoods, citing a recent article in The Atlantic.

The Town Council meeting started with the annual presentation by the Citizens Assisting Police volunteers, who gave Cary Mayor Harold Weinbrecht a large check symbolizing the nearly $128,000 the volunteer program saves the Cary Police Department, and by extension, the Town of Cary.

The meeting also showed the schedule for upcoming budget negotiations and discussions. Now that the Town of Cary is operating on a budget that is quarterly open to review, there will be a public hearing on Thursday, June 14, 2018.