Cary, NC – The Carolina Hurricanes bookended the season with overtime wins. The first game against Eric Staal and the Minnesota Wild and the last game with a solid 3-2 win against the Tampa Bay Lightning. The Bolts had more on the line as a win would have put them first in the Eastern Conference for home ice throughout the playoffs.

Boston is one point behind Tampa Bay and plays their last game on Sunday. A win puts Boston on top, a loss or an OT loss they stay in second place.

The Canes got lucky early. After winning the opening faceoff, the Canes’ Phil Di Giuseppe, rather than dump and chase, got a pass from Jaccob Slavin and entered the offensive zone. Phil D passed off to Justin Williams who circled around then found Jordan Staal on the near boards. With Williams and Phil D charging the net, Staal sent a hard centering pass that hit a defender’s skate and got past Louis Domingue with just 19 seconds gone.

The Canes called up Nicolas Roy for his first NHL game as Brock McGinn has an upper body injury. Roy is another big body former GM Ron Francis drafted, coming in at six-feet four-inches and 207 pounds putting him at the second biggest forward after Staal. The Canes’ forechecking was far better in this game. There are three UFAs and seven RFAs so no doubt, players were playing for a job next season. Cam Ward, on the last year of his two-year contract, was in goal and there’s a 50-50 chance he may have played his last game for the Hurricanes.

The goalie situation in one the new GM will have to address as Scott Darling just hasn’t worked out and the Ward question of will he retire or ask to come back on another short term contract. He regained his starter role but the Canes can’t sign Ward to a back up contract and have Darling sit on the bench. The Canes continued to mark their man and play positions while blocking out in front of Ward.

Late in the period, the Staal line was on the ice again in the Bolts end. Noah Hanifin had the puck on the left side, skated passed a defender and sent a pretty centering pass to Phil D for a tip in that went just wide. DiGiuseppe got a forearm to the back and wound up tripping over Domingue’s pads. With the goalie down and play continuing, the tip-in attempt going wide around to the far corner where Williams was all alone. Willie gathered the puck and with less than an eight degree opening, sniped the puck from 40 feet out to out the Canes up 2-0. The goal was challenged for goalie interference but was deemed a good goal. 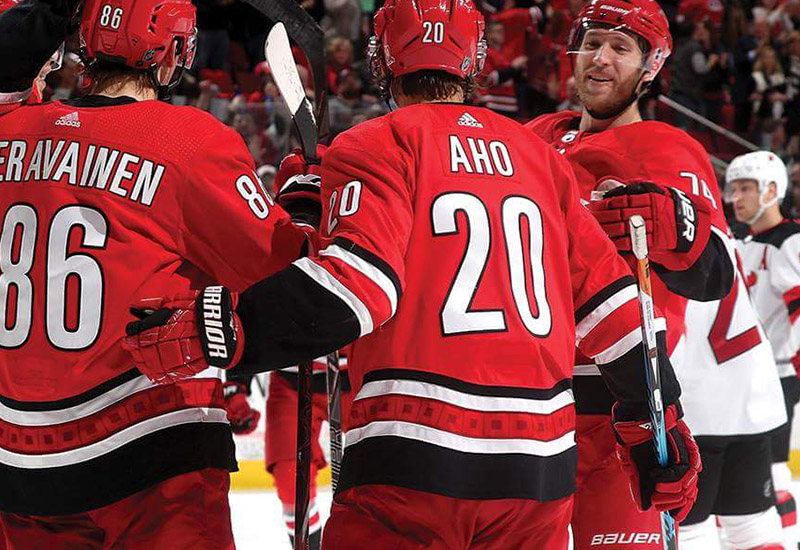 Ward Is Strong In Net

The Bolts got life early in the second when former Ranger captain Ryan Callahan took a shot from inside the circle that glanced off Klas Dahlbeck to go in past Wardo. The Canes continued to buckle down and play disciplined hockey, not doing anything stupid. The Bolts back end is cornered by Victor Hedman is a beast and has a cannon of a shot. He’s six-foot six-inches, apparently is as strong as an ox and skates very well. Anyone drawing his name to cover has more than a full-time job.

With Hedman, Steve Stamkos (who didn’t play due to a nagging injury) and Nikita Kucherov with his 100 points, among all other quality players, will go far in the playoffs. My prediction is they make it to the Eastern finals. The biggest weakness if one had to be picked is goal tending. Late in the period, the Bolts were again pressing hard to get that second goal. They had several shots that Wardo stopped with the blocker then the pads and with Ward down, the puck was sliding to the far corner but Slavin reached over to swipe the puck to the boards.

The Bolts came out in the third determined they were going to win the Eastern outright but the Canes weren’t going to turtle and allow any cheap win. The Canes continued their game strategy of controlling the puck and being responsible in all three zones. Shots that were taken we well planned and with a purpose. The Canes outshot the Lightning is all three periods which is a feat very few teams are able to do as the Bolts are a very offensive team. The Bolts have nearly 70 more goals than the Canes.  If the Canes had just half that differential, 35 goals, they’d be in the playoffs. Just as everything appeared to be going the Canes way for a nice upset, Ondrej Palat scored with about eight minutes left on what turned out to be the only defensive lapse for the Canes all night. That goal sparked both teams making the final eight minutes fast and exciting with one small error could mean a win or defeat. The final buzzer sounded with the game tied at two a piece.

The Bolts won the opening faceoff on overtime with their A players on the ice. The Canes countered with Staal, Slavin and Teuvo Teravainen. In OT, everything is cautious as one small mistake can mean a break away. The Bolts held the puck but had trouble entering the Canes zone, with the first change coming over the boards, the Bolts had a bad pass that Slavin intercepted and made a break to the goal. The shot either went just high or was blocked over the net but the Canes regained control.

Teravainen had the puck in the high slot, coming down broadway and just when everyone in the PNC Arena thought he’d shoot he passed off ot Elias Lindholm 20 feet off the right side of the goal and slammed a one-timer in for the OT win. Great team win and great way to end an otherwise stinging season.

I’ll be continuing a couple more articles on what possibilities can happen for the Canes during this long off season. 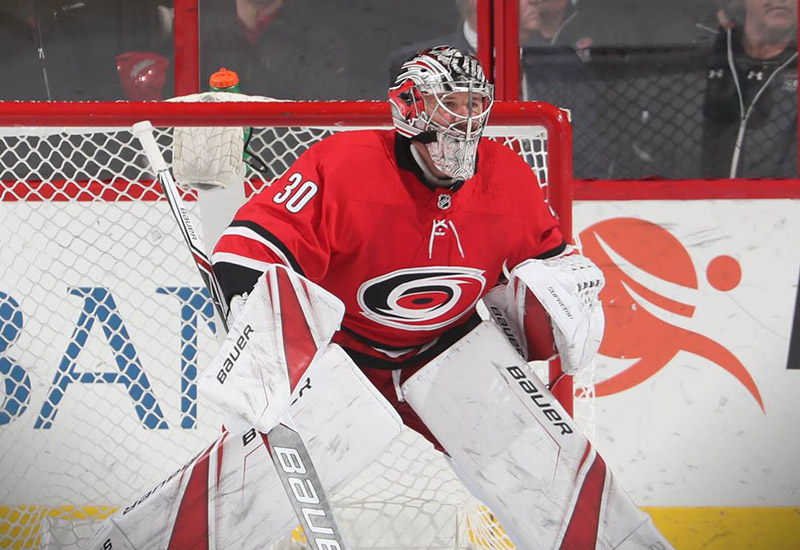