Cary, NC – Dedicated fans sat through wind and rain to watch North Carolina FC take on Indy Eleven at home but an early goal kept the Indianapolis team in the lead until the game was over.

If the rain wasn’t bad enough on the Saturday, April 7, 2018 game at Sahlen’s Stadium at WakeMed Soccer Park, the wind was blowing in Indy Eleven’s favor to start. This led to the Eleven scoring in the 15th minute, with Tyler Pasher pushing through North Carolina’s defenses.

Daniel Rios came close in the opening to score for North Carolina but both of his attempts bounced off the crossbar. Also, in the second half of gameplay, NCFC attacked hard and even made another close shot in extra time but it wasn’t enough and the game ended 0-1.

“Tough conditions weather-wise,” said North Carolina FC Head Coach Colin Clarke. “I thought the first half was sort of back and forth as people tried to find their feet early in the game. We gave up a poor goal that was a result of poor play in the back and that made it tough. I think our response from there, once we settled down, was very very good. We deserved at least one point from the game, if not three.” 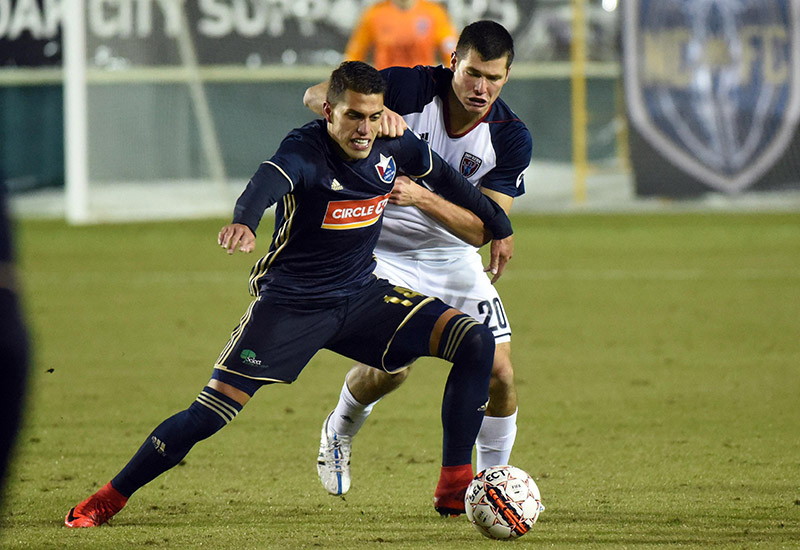 The bad weather made this an unusual game but NCFC have played in tough conditions before. This game did not see their typical possession percentage either.

One interesting fact is Indy Eleven Head Coach Martin Reenie is the former head coach of the Carolina RailHawks.