Cary, NC – The North Carolina Courage are still undefeated this season even if they did not win their latest home game against Utah Royals FC.

This Saturday, April 21, 2018, the North Carolina Courage played against Utah Royals FC for the first time in a home game at Sahlen’s Stadium at WakeMed Soccer Park. In stark contrast to the one late goal in this past Wednesday’s game, the Courage scored in the sixth minute as new player Merritt Mathias hit a 28-yard strike.

“It was one of those balls that you hit, and you’re like ‘Yup, that’s a goal,'” Mathias said. “And I looked up right in time to see it go into the upper 90 right hand corner, and I was like, ‘Alright, it was pretty sick.'”

For the remainder of the first half, both teams kept the pressure on one another and the Courage had control of the ball for about 53 percent of the play time. But early in the second half, Utah came back with a shot by Katie Stengel.

The tie was off-balance in the 66th minute as forward Brittany Ratcliffe got just outside of the box and hit a strike that went into the Courage’s net. But in the final 10 minutes when it seemed like the Courage might have their first loss, a miscalculation by Utah goalkeeper Abby Smith left the net defenseless. Her mishandling of the ball also put it into the possession of the Courage’s forward Crystal Dunn who hit an equalizer shot, ending the game 2-2.

With four wins and one draw so far, the North Carolina Courage are the #1 ranked team in the National Women’s Soccer League, which is where they ended last season.

“I give the players a lot of credit,” said Courage Head Coach Paul Riley. “They showed a bit of character coming back. You know, [Utah Royals FC] picked us up on two diagonal balls, really. Other than that, we dominated the game.”

The only other top-ranked team the Courage have not played this season is the Chicago Red Stars, who they will play at their next home game on Sunday, May 6, 2018 at 3 PM. 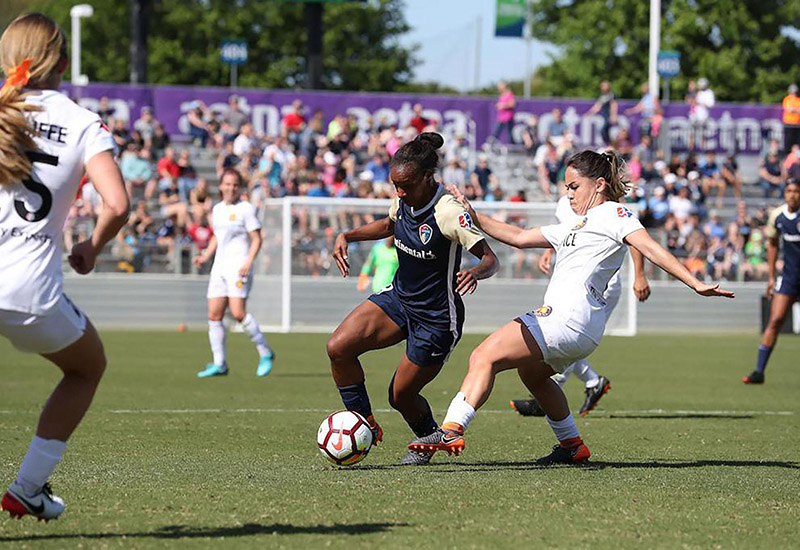