Students at Cary’s White Tiger Taekwondo and Martial Arts on NW Maynard Road traveled to Colorado this past weekend to compete in the 10th annual U.S. Open Taekwondo Friday and Saturday, July 27 and 28, 2018, which had more than 1,000 competitors from all over the world.

Taekwondo is a Korean martial art with an emphasis on kicks and jumping. In addition to teaching taekwondo, White Tiger also has a Lady Tiger program which teaches self-defense techniques from a variety of martial arts.

“These were one-inch pine board with no spacers in between and I broke three,” Rerecich said. “You’ve got to really focus on getting through the board and not being scared. If you stop, you’ll hurt yourself. It’s about eliminating doubt and getting into the right mind-set. It’s more mental than physical.”

Other Cary White Tiger students who won medals and accolades at the U.S. Open include:

Rondy McKee, owner of White Tiger, said she is proud of her students, particularly with so many young ones joining the competition and holding their composure on such a large stage. McKee said in preparation for the U.S. Open, there were not only more classes but more focused and refined training.

“They worked on the skills they would be performing. It was a lot of extra work over a couple of months ahead of the competition,” McKee said. “And they’ve already started training for 2019 so it’ll be exciting to see how they do with a full year of extra training.” 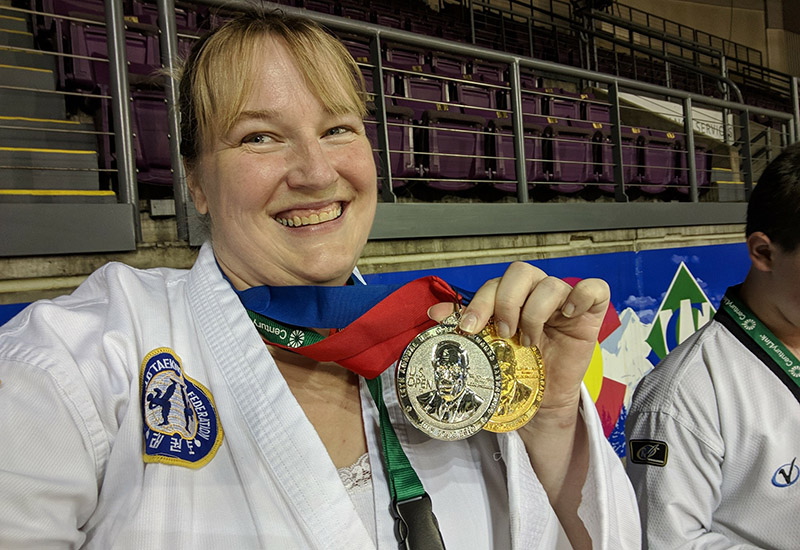 Rerecich, now also an instructor at White Tiger, said she only started taekwondo training five years ago when she and her family moved to Cary.

“I wanted to sign up my son to help learn focus and gain structure. I planned to only get one uniform and I left with three,” Rerecich said. “It’s brought our family closer together and we’ve all gained something out of it. There’s a saying at the school: ‘The family that kicks together, sticks together.'”

Rerecich said she encourages everyone, regardless of age or what they feel their physical limits are, to take up martial arts and said it has “no boundaries.”

“I’ve gained confidence and leadership skills and I have a sense of protection,” she said. “It’s not a competition against another person; it’s a competition with yourself.”

She said her two medals are a “mind-blowing accomplishment” and said it is further proof of what people can do if they start training. 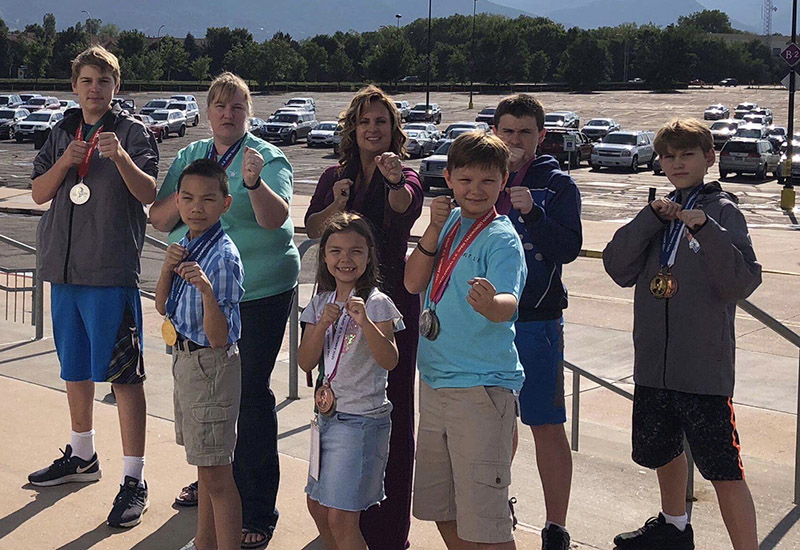