With today’s new additions, the Downtown Dining Map now has 34 entries. To give some perspective, when we launched the map a few years ago, Downtown Cary had just 12 food establishments.

Now, diners can graze across multiple establishments for cocktails, small bits, large meals and desserts. Downtown Cary is set to have three breweries, a German bakery, a French bakery and a cake shop, cuisines including Taiwanese, Turkish, Italian, New American and casual options.

It sounds like Cary is well on the way to having a Downtown Dining District.

Four New Places on the Map

In this update of the Downtown Dining Map, we’ve added four new places:

Visit the Downtown Dining Map to get a bird’s eye view of what’s happening in Downtown Cary. 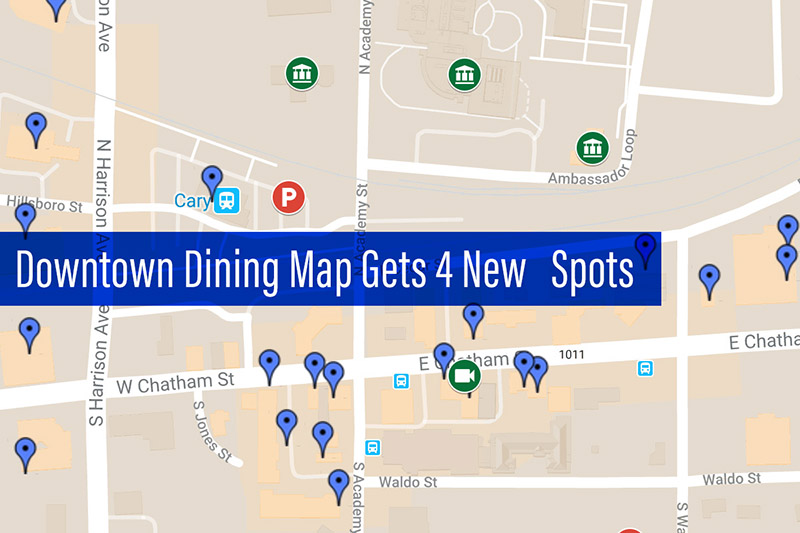