Cary, NC – This past Saturday was a big night for soccer in Cary with a double-header that saw the North Carolina Courage set the record for most wins, points and goals of any team in a single season.

The North Carolina Courage played their final game of the regular season this Saturday, September 8, 2018 at Sahlen’s Stadium at WakeMed Soccer Park as part of a historic double-header with North Carolina FC.

The team achieved this goal handily, winning the game 5-0. The first goal came within 13 minutes as Abby Erceg passed the ball to Jessica McDonald who got the game rolling with a score on Houston goalkeeper Jane Campbell from the right.

The Courage continued to hammer the Houston goal and by the second half, McDonald and Courage goal-leader Lynn Williams teamed up to get around the Dash defense and got several goals as a pair.

By the 70th minute, the score was 5-0 and the Courage played a strong defense to keep their lead until the game’s end. With this, the Courage set the record for most wins in a single season, the most goals scored and the most points won – 17, 53 and 57 respectively. Also, they set an attendance record with 9,505 spectators watching.

“Difficult game for us. But the players again, the players that have come back – that have been away – have been professional in their approach the last 48 hours. Hats off to them. They set a big mark, I think, for the league in the future in a lot of different ways,” Riley said. “I just said to them it’s not an easy thing to do, to do what they’ve done this season.”

The North Carolina Courage will host the Chicago Red Stars in the NWSL Playoffs semifinals on Sunday, September 16, 2018. 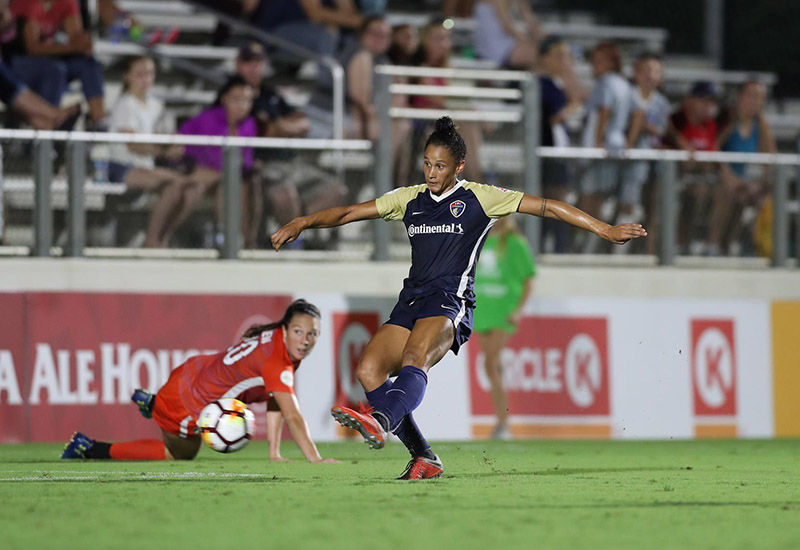 Before the North Carolina Courage played, North Carolina FC took the field at Sahlen’s Stadium to play Nashville SC. Both teams were closely matched as both scored many goals but ultimately came up tied.

The first goal came from Tiyi Shipalane in the 18th minute as he hit a big shot from midfield that bounced in. This was Shipalane’s first goal of the season and his first goal since June 2017. Not long after, NCFC doubled their lead as Graham Smith got fouled and Daniel Rios took advantage of the kick on the left side of the box as Shipalane distracted the Nashville defense to give Rios a clear shot.

In the 51st minute, Nashville got a penalty kick and brought the score up 2-1. While NCFC would get another goal 63rd minute thanks to Zach Steinberger, another penalty kick from Nashville brought the opposing team close enough to avoid a loss. They found this chance in the 82nd minute as Lebo Moloto scored an equalizer goal. With neither team able to get another goal before the game ended, the score was tied 3-3.

“Overall a disappointing result, but a great performance, and a great reaction from where we were last week,” said NCFC head coach Colin Clarke. “We’re still in there fighting with a lot of other teams for the last few playoff [spots]. A lot of positives.”

NCFC’s next home game is against the Richmond Kickers on Saturday, September 29, 2018 at 7 PM. 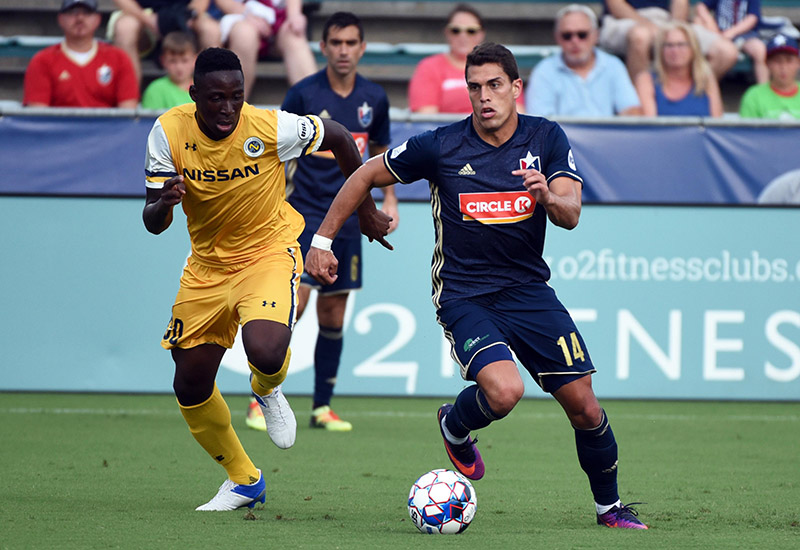