Cary, NC – Hurricane Florence left Cary mostly intact but Hurricane Michael had a more direct impact, downing trees all over the Triangle and leaving many in the area without power.

Hurricane Michael hit Cary and the Triangle on Thursday, October 11, 2018, bringing rain and strong winds of more than 50 miles per hour. The storm came up through the Gulf of Mexico and while it left by Thursday night, it has a lingering impact.

Trees were knocked down around the area, including some falling directly onto highways such as US-1. Outdoor events at Cary venues such as Koka Booth Amphitheatre and private businesses such as the Shops at Bradford were canceled, as was the scheduled Cary Town Council meeting. Hurricane Michael also prevented the NC State Fair from opening, which is the first time the fair has not started on its scheduled day.

Downed trees and strong winds also led to power outages in town, with one major outage coming when a tree fell onto power lines on Maynard Road. Duke Energy is reporting more than 20,000 customers without power in Wake County, with multiple pockets of outages around Cary and Morrisville. 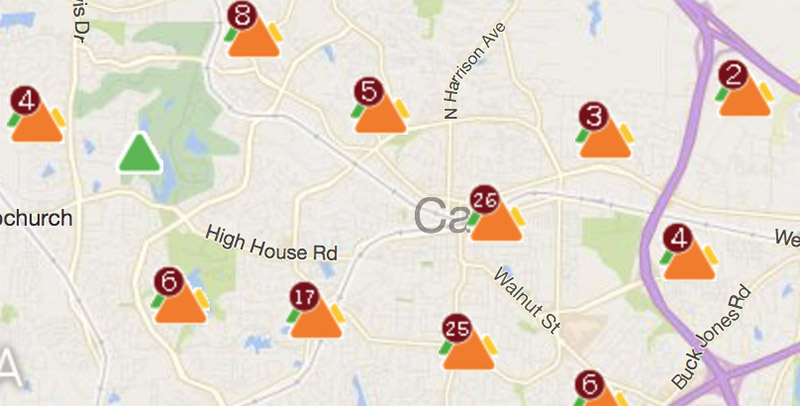 After Hurricane Michael, temperatures are set to drop and the region will get to more typical Autumn weather.

We will have updates on the impacts of Hurricane Michael as they come in.

Florence and Michael Lead to Increase in Mosquito Population