“If I had to paint a picture to show the world how true love can really be, I would use the brightest colors to create a vision of harmony.”

These are the opening lyrics to the song “What Is The Color Of Love” by Billy Ocean. He was big time back in the 1980s and early 1990s. I was on a long bike ride last week and this song came to mind.

When I have these back-down-memory-lane moments with music, they always seem to show up when I’m exercising. They come out of nowhere, they come with a grand entrance and they come to poke at my emotions. If you ever see me exercising and I’m looking down avoiding eye contact, please don’t be offended and don’t call the paddy wagon on me, I’m sure I look a little crazy. Music for me is like my own personal island God allows me to travel to, to find some of my greatest creative ideas, like “What Is The Color Of Love.”

I’ve heard people say, “I don’t see color.” To them I say: you’re missing out. I know people mean well when they say it, but it doesn’t make sense. God created color. These beautiful layers we’re wrapped in is the divine craftsmanship of almighty God. So not only should you see color, you should marvel at it, because it too is part of the image of God. Genesis 1:26 – “So God created human beings in His own image. In the image of God He created male and female.” 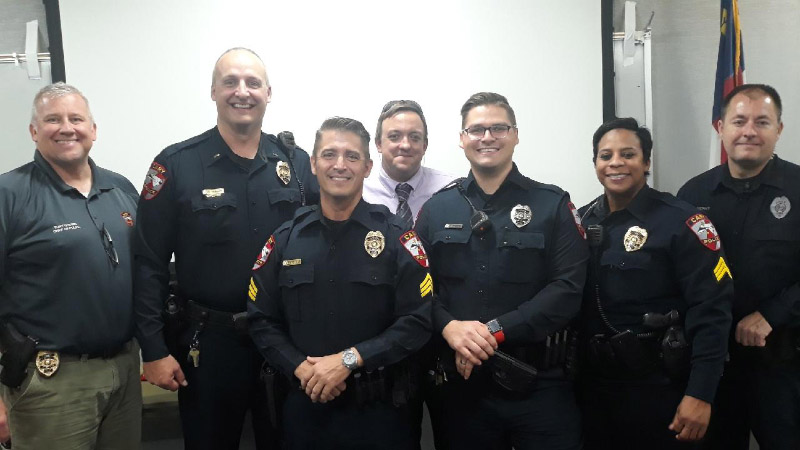 Some people, not all, but some people, especially some of the people I’ve talked to in Cary, have been deceived into thinking that if it doesn’t happen in their well-manicured neighborhoods, it doesn’t affect them and it’s somebody else’s problem. As long as the trouble doesn’t happen in Cary AKA the Garden of Eden, it’s all good.

I love the heart of the Cary Police! I have personally witnessed these officers see things happening outside of their neighborhoods, outside of their communities, outside of their town, and immediately spring into action because their hearts wouldn’t let them sit by idle and ignore the call to help. They don’t see us and them. They see their people. If they have an opportunity to use the blessings that God has given them to help, they help.

One of the greatest blessings God has given mankind is time, and that is what these warriors are all about: time! Sit down time with people has become a fossilized act of kindness because busy is the current God of worship. Busy is the new serpent that is deceiving the world. Electronic time? People are willing to give you all of the electronic time you want. But don’t you dare ask them to stop worshipping schedules, work and their kids’ athletics to have some face-to-face fellowship time. Busy is the new serpent!

Back in 2016 when I first met Sergeant Jeremy Burgin, and we discussed how we can work together to extinguish the fear and frustration between the Police and the black community. He said something that I’ll take to my grave; he said, “We have to do something because I don’t want to see anymore of ‘our’ young black men die.” He didn’t say “young black men,” he said “‘our’ young black men.” The problems that were happening hundreds, and even thousands, of miles away from Cary, he and the rest of the Cary Police saw as their problems. 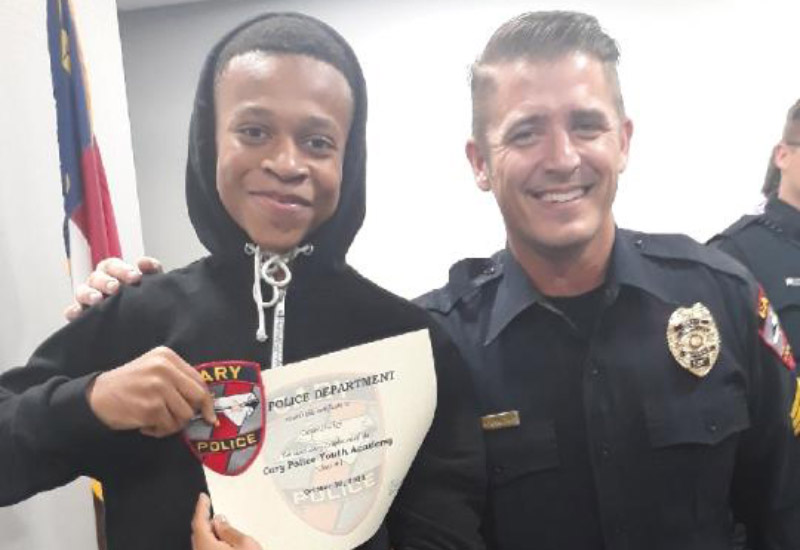 Has it all gone as perfectly as they had hoped? No. One of the hardest things for them to accept has been the fact that they can’t save and help everybody. And you know what, the Lord doesn’t expect them to. Jesus Christ, the Messiah and Savior of the world, as powerful as He was, not even He tried to do it all on His own. He had twelve disciples, and in Matthew 4:19, Jesus said. “Come, follow me, and I will show you how to fish for people.” Jesus instructed, taught and sent the disciples out to spread the gospel. He didn’t do it all on His own. These officers can’t help everybody, but the work they’re doing in the lives of those that the Lord has given them access to is why they’ll always be so blessed. 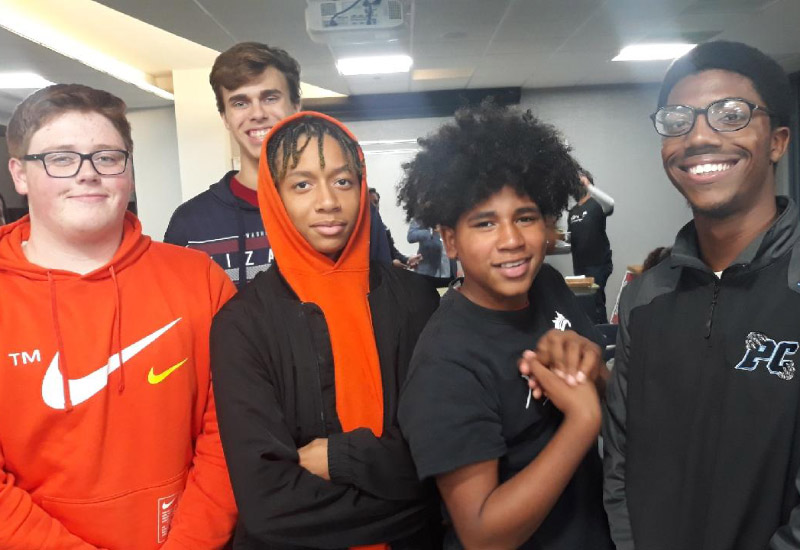 John 7:24 – “Look beneath the surface so you can judge correctly.” Beneath the badges, beneath all skin color, beneath political parties, beneath social and economic differences is what they see; they see people. They see God’s people.

On October 2, 2018, the Cary Police started the Cary Police Youth Academy. Like the farmer in Matthew 13:4 that scattered seeds without first inspecting the soil, they opened this program with one goal in mind and that was to take away fear and replace it with the truth; to turn confusion into clarity. They took these kids in and it didn’t matter what they looked like, where they lived, their background or their past mistakes. In this world we live in, if we’re going to change the landscape of America, avoid divisive destruction and have any kind of victory at all over fear and confusion, we’re gonna need hearts that are willing to meet and accept people where they are.

In this Youth Academy these young leaders learned about the law, their rights, an officer’s rights, forensic science, a proper traffic stop, an improper traffic stop and a whole new respect for the job Police Officers do. They all went from quiet and somewhat reserved to smiling, high-fiving fellowship. To sit back and watch young men and young women, and not just young black men and women, that once had their doubts about the Police, laugh and joke around with officers was like reading the biblical definition of VICTORY!! Jesus taught them to look beneath the surface, for it was then and only then that they could judge correctly. 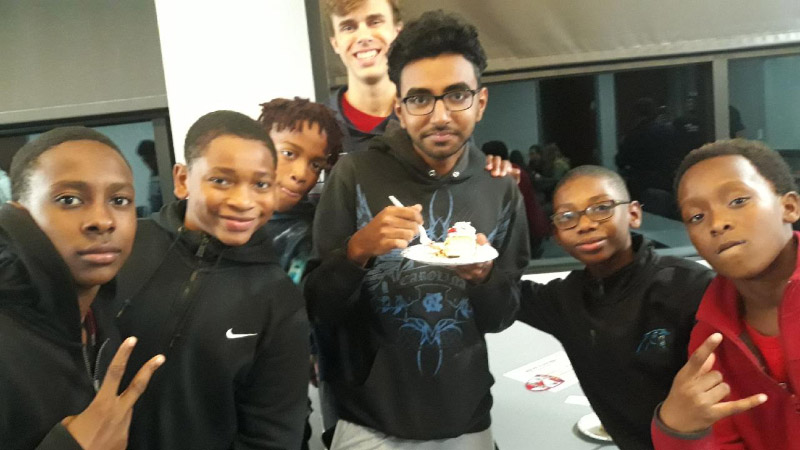 They all went through the program, and to God be all of the glory, they all graduated. Graduation night was absolutely nuts!! We had a blast! A room full of happy kids just being happy kids. None of them cared anything about who looked like what or where they came from! I saw some disappointment on their faces when the reality of it being the last class started to sink in. In my eyes, that’s a huge compliment for the awesome officers of the Cary Police Department. They went from questioning the Police, to questioning when the next session was going to start?  We all came together for the common good and got so much more. But more than the fellowship, new friendships and graduation, was this one beautiful blessing that stood all by itself. 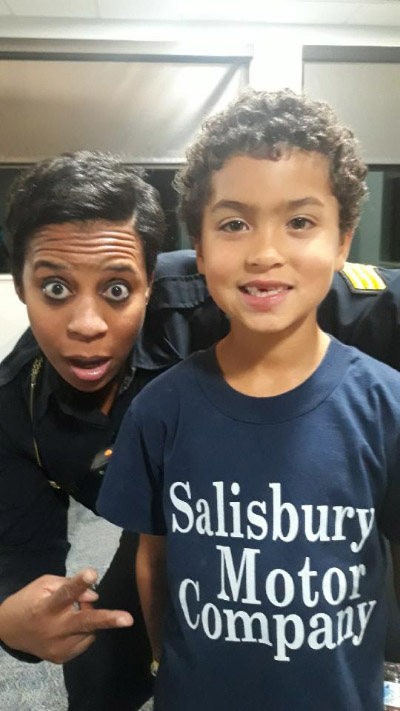 Extend the same grace and mercy to others that the Lord Jesus Christ extends to you by meeting and accepting people where they are. Because you just never know what people are going through.

What God required of all of you has been accomplished by all of you. Thanks for loving all of us right where we were. Thanks for honoring “The Easel Of Jesus.”

At Economic Talk, Cary and NC Continue Grow as Types of Jobs Continue to Sh...
Scroll to top
%d bloggers like this: