Cary, NC – Duluth Trading Co. started back in 1989 selling durable outdoor wear. But with fewer than 50 stores nationwide since then, Cary gets to be one of those select locations, with their store opening later this week as the only location in the Triangle.

Clothes for All Weather

Duluth Trading Co. is opening its 46th store in Cary in the Crossroads shopping center. The company has one other store in North Carolina, located in Greensboro.

Store manager Jimmy Mahaney said a history of strong online sales in the area let the company know Cary was a good location for a store.

“We already have base of where we get catalog orders and there are a lot right here,” Mahaney said. “I’ve had countless phone calls already from people asking when we’d open and had people coming up to the store saying how excited they are.”

While Duluth started in Minnesota and is now based in Wisconsin and its stores are mostly in colder Northern and Midwest states, Mahaney said they can fit all climates and temperatures.

“The unique thing about our clothes is we cater to all kinds of people and all kinds of weather,” Mahaney said. “We may carry more warm clothing here than we do at our store in, say, Portland but the store has all kinds of clothes.”

The Crossroads store will also carry what Mahaney called Duluth’s signature items, such as long tail tees, their large variety of flannel and their popular “Buck Naked” Underwear.

“When we see someone in the store just carrying the underwear, we can usually tell it’s their first time,” Mahaney said. “They saw the underwear in the TV ads and wanted to come and try it for themselves.”

And if shoppers come in not sure what kind of attire they are looking for in the store, Mahaney said the company prides itself on customer service and can help.

“We do everything we can to be customer-facing,” Mahaney said. “We’re storytellers. We take the time to get to know a customer and hear their story and find out what they are looking for.”

The ribbon-cutting and opening of the Cary Duluth Trading Co. store is Thursday, November 15, 2018 at 9 AM, but this will be more than just cutting a ribbon. The company is bringing in lumberjacks from DLW Timberworks to do demonstrations, including underhand chops and head-to-head axe throwing.

“Everybody loves to see the lumberjacks in action, from kids up to adults,” Mahaney said. “It also helps bring people to the store.”

Even the ribbon itself has a unique Duluth stamp on it as it will be a flannel ribbon.

The lumberjack demonstrations will take place at 10:30 AM and noon on Thursday, November 15, 2018.

Duluth Trading Co. is located at 301 Crossroads Blvd. in Cary. 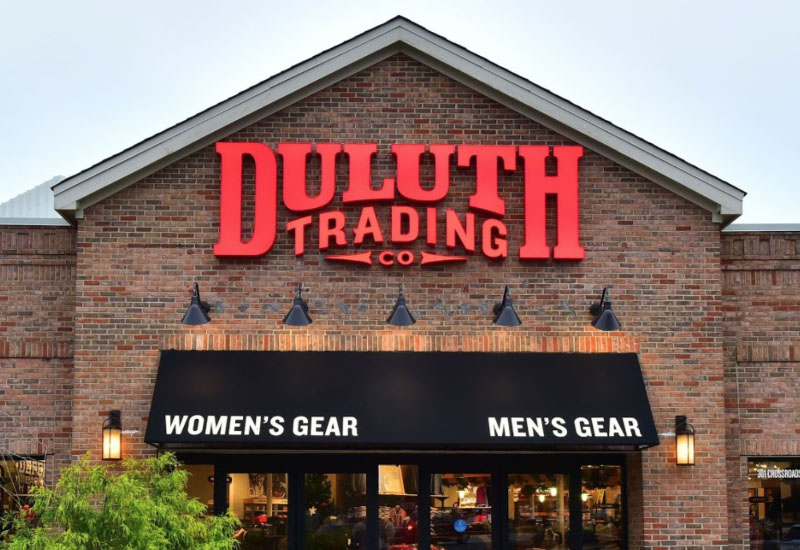