Cary, NC – Weather forecasts predicted frost and snow in Cary but we got more than we bargained for, with between six and nine inches of snow on Sunday and more snow coming on Monday.

Snow started falling late Saturday night and blanketed Cary and the entire Triangle by Sunday, December 9, 2018. Snow and downed trees and branches resulted in scattered power outages in Cary but according to Duke Energy, all but a few of these outages have been repaired. 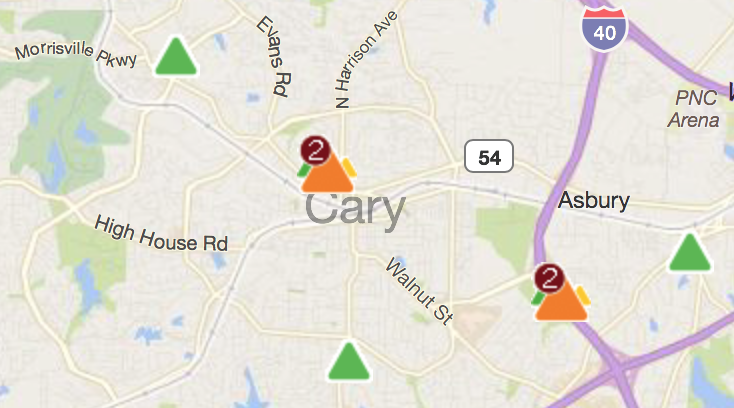 To make transportation tougher, heavy cold rains broke up the snow and turned it into slush, making roads harder for both driving and walking.

Additionally, on Monday, December 10, 2018, more precipitation and freezing temperatures resulted in more snow, with Cary getting an extra three to five inches of snow, with more rain also coming. 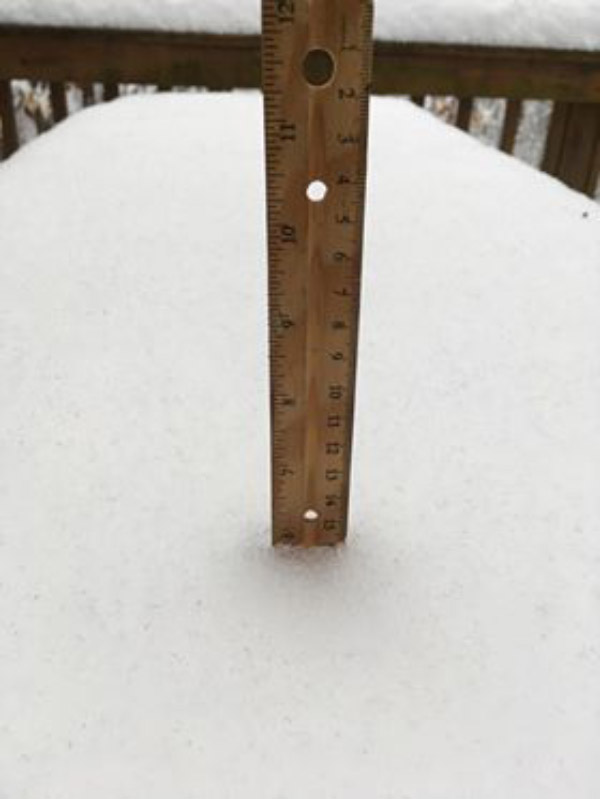 Forecasts do not call for any more precipitation soon and temperatures should slowly get back up to around 45 to 50 degrees Fahrenheit. However, temperatures will drop below freezing, including this Monday night. This will mean icy roads and ice on cars. Rain will return on Friday, December 14, 2018 but temperatures will be back above freezing by then.

The Winter Weather Advisory is in effect until Tuesday morning, December 11, 2018. 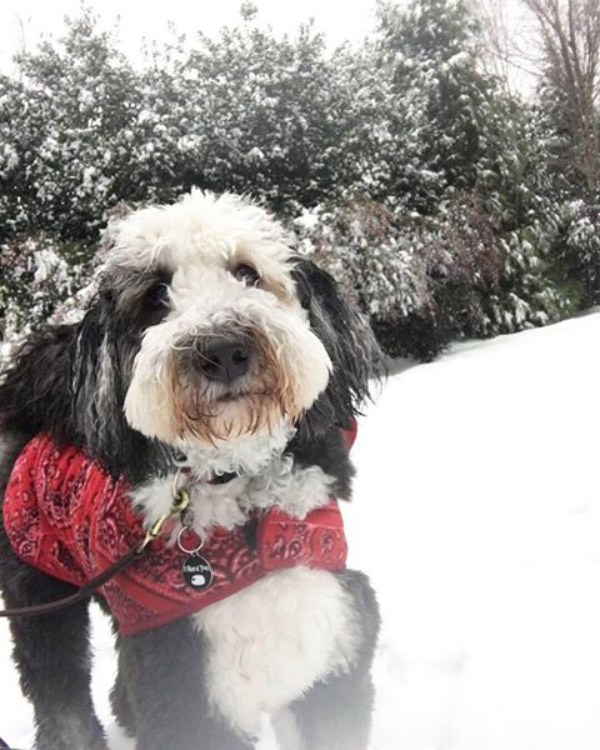 In response to the weather, GoCary bus service is suspended on Monday, December 10 and curbside collections are bumped one day. Town of Cary facilities are closed this Monday but should be open for the rest of the week. Town staff are currently clearing roads for drivers, cyclists and pedestrians.

Avoiding driving on the roads currently if you can help it. If you have to drive, clear the snow off of the top of your car first. If you stop or brake and it slides down on top of your windshield, your visibility is going to be severely compromised and that is hazardous. 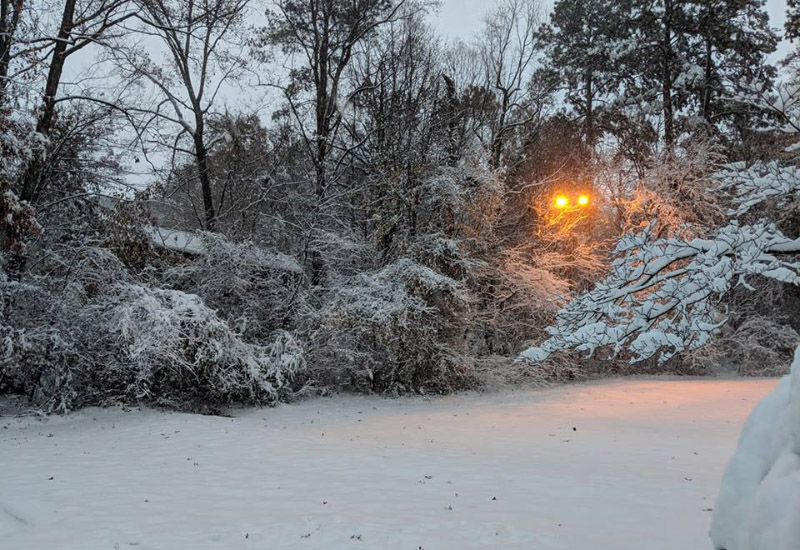 In general, try to stay indoors. Use your time to check for leaks, both with water and air.