Cary, NC – Late in 2018, Cary police arrested a woman who admitted to ethnically and religiously motivated vandalism, including vandalizing a Cary synagogue that was the target of threats earlier in the year.

On Thursday, December 27, 2018, Cary police responded to two different reports of vandalism, arresting Cary resident Lisa Marie Burns after Burns admitted to both crimes. One was at the Messianic Judaism synagogue Congregation Sha’arie Shalom on Old Apex Road, where surveillance video shows Burns throwing bricks through the windows. There was also spray paint on the sidewalk around the synagogue.

The other vandalism case was from earlier in the day. Burns’ neighbor, Mohammed Khan, said two of his cars were damaged with lights broken and spray paint. Khan’s wife, Payal Gir, also said earlier in the week, they have had their Christmas lights unplugged and found eggs thrown on their driveway.

After police talked to Burns, she not only admitted to both cases of vandalism on December 27 but said she acted out of her “disdain for people of other religions and ethnic backgrounds.”

“While the vandalism Mrs. Burns committed did not immediately suggest a racial motive or ethnic intimidation, through our investigation it became clear that her actions were fueled by hate,” said Cpt. John Szymeczek of the Cary Police Department. “We hope this arrest helps ease the community’s concerns and demonstrates our commitment to swiftly finding and charging anyone that commits these types of acts.”

Cary police arrested Burns, who is now out on bail.

Congregation Sha’arie Shalom was targeted earlier in 2018, when a man, Cary resident William Josephus Warden, rang their doorbell and threatened the synagogue on Saturday, November 3, 2018. 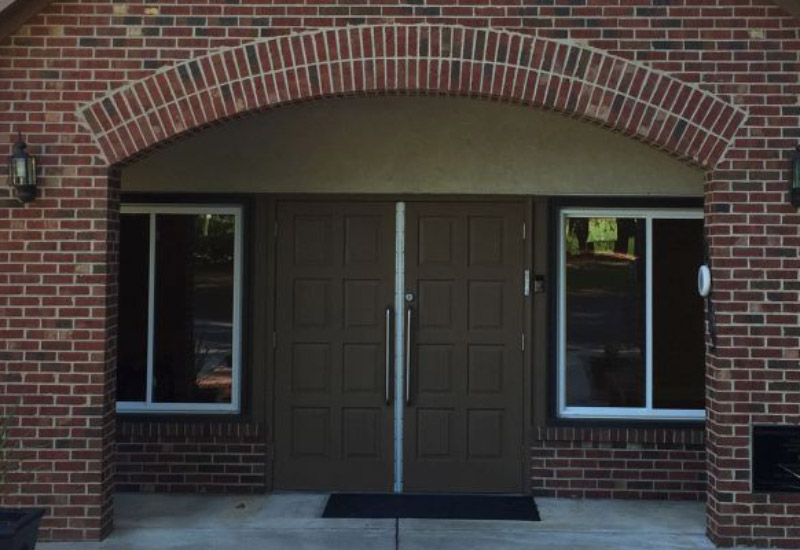