Cary, NC – In just its fourth year, the North Carolina Chinese Lantern Festival in Cary has surpassed 100,000 visitors in one run, setting a new attendance record. 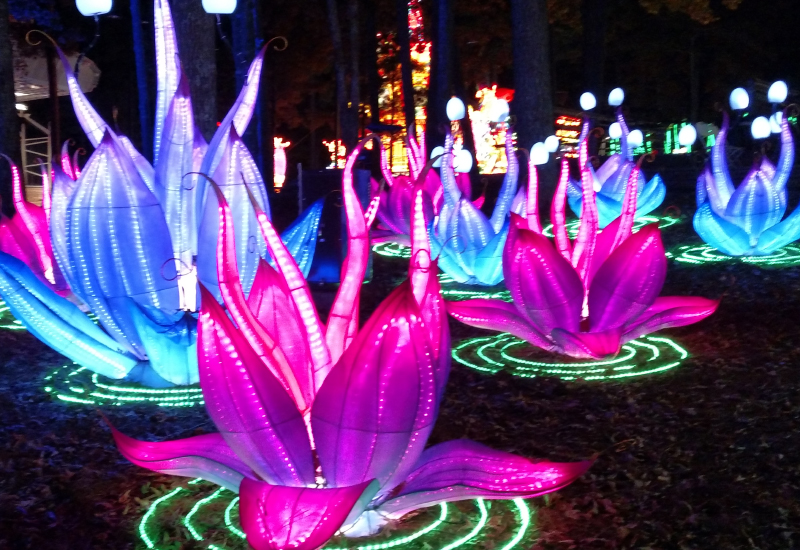 While Collins said attendance varies each year based on weather, the festival still broke attendance records even with several instances of inclement weather this year, including a snow storm in early December. 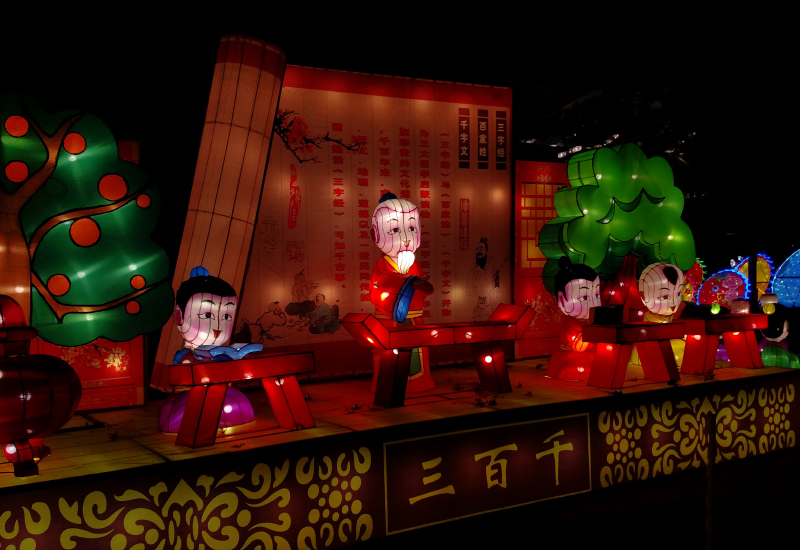 Each year brings new cultural performances from Tianyu Arts and Culture, Inc. but this year not only had new dancers and acrobats but every single lantern was new, including a brand new dragon.

“This year, we had interactive lanterns, which added interest,” Collins said.

Among the interactive lanterns was the large drum at the entrance that people could beat, as well as a “wheel of fortune” to spin and a large heart that visitors could ask questions to and get responses. 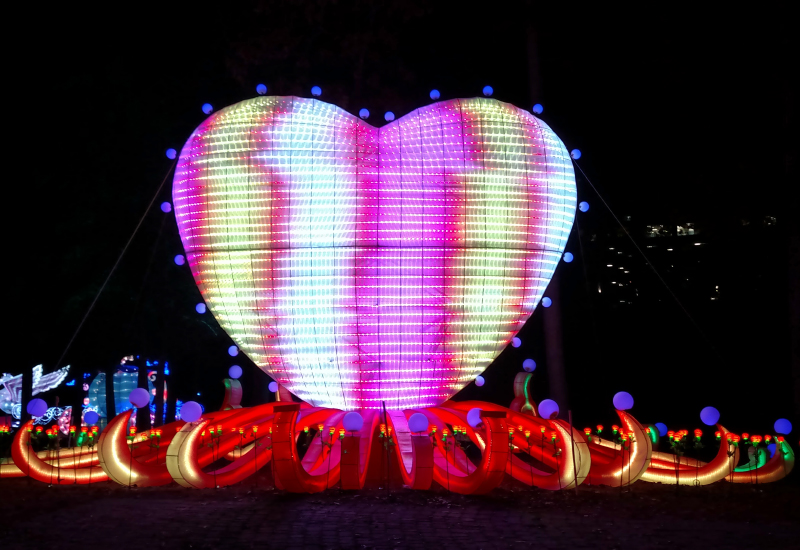 Not only does the Chinese Lantern Festival bring in visitors from around North Carolina, but it also sees travelers come from around the country and even as far as Canada and China.

“A lot of it is social media. It’s good for creating word of mouth,” Collins said. 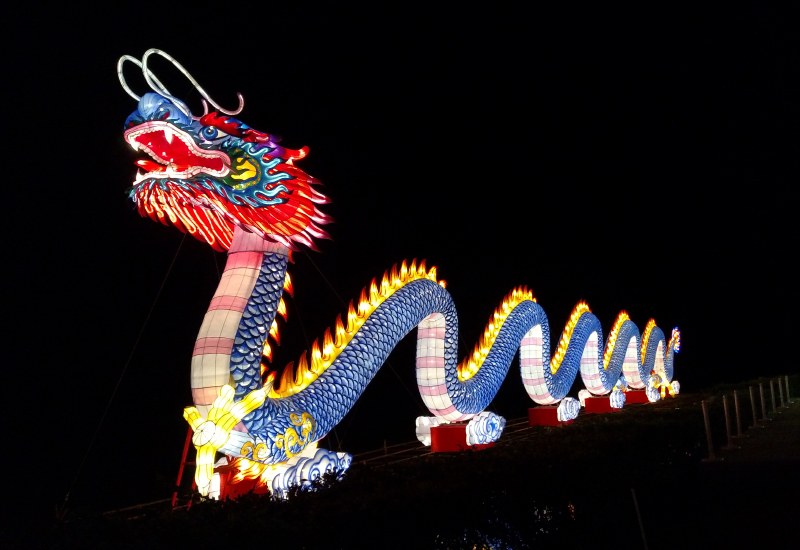