Pool Scouts, a pool cleaning and repair service with nationwide locations, opened a franchise in Cary in mid-2016. In that first year, the franchise location for the region earned the “High Dive Award” for the highest revenues per territory.

Local owner Tiffiny Consoli said they  have been able to maintain high performance through their skilled technicians.

“Our technicians are committed to customer service but they are also very qualified to carry out their work,” Consoli said. “Together, that has allowed us to gain trust with our customers.”

This year, Consoli and her team also earned Pool Scouts’ “Pool Net Award,” which goes to the franchise that added the most customers. In 2018, they added nearly 250 new customers.

“We have benefited from referrals. We work to ensure customers receive the service they expect,” Consoli said. “Also, our vans are like moving billboards so that helps to spread the word.”

Growing in the Triangle

Last year, Consoli expanded the franchise to the Wake Forest-Durham-Chapel Hill area and said she replicated their same process for the new region.

“The challenge was, we are more spread out now but we were able to add a van to help reach those customers. Now, we have a more cohesive approach,” Consoli said.

For now, Consoli said she does not plan to expand the size of the local franchise any farther and said she wants to focus on improving the service in their current location. 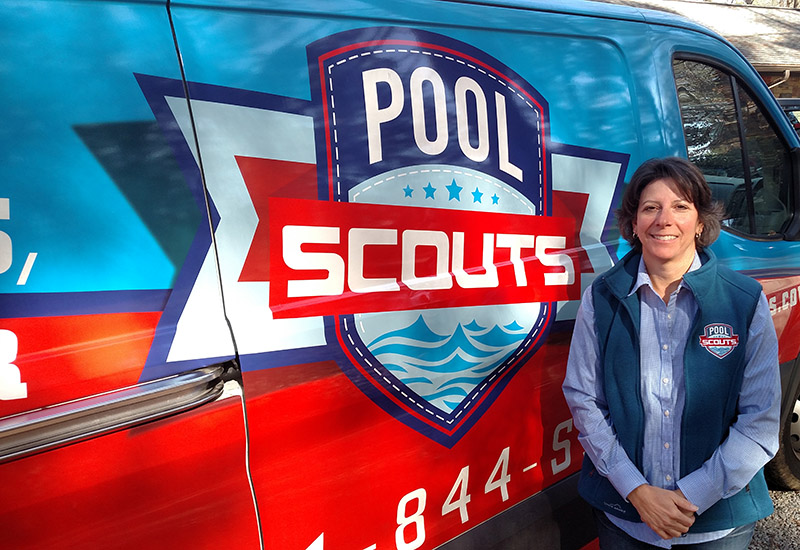