Cary, NC – The Supreme Court’s Brown v. Board of Education ruling came down in 1954 but it still took many more years for schools across North Carolina to integrate. As part of a presentation on the Page-Walker Arts and History Center, visitors got to learn about Cary’s crucial role in desegregating schools in the state and bringing students of all races together.

Cary’s oral historian Peggy Van Scoyoc has written two books about Cary’s history, including “Desegregating Cary,” about the history behind school desegregation in town, including multiple stories from both students and teachers.

Van Scoyoc drew from this book at a talk on Tuesday, February 26, 2019 at the Page-Walker Center, explaining not only how Cary schools integrated but also how Cary influenced schools around Wake County and North Carolina.

The first two schools for African-American children in Cary were built in 1877 and 1895. These were elementary schools, with African-American high school students bused to an all-black high school in Raleigh near the fairgrounds. However, this second school built in 1895, located near what is now the Cary Arts Center, was burned down in 1937. No perpetrators were ever caught and it was passed off as an accident.

Initially, there were plans to bus all black students in Cary to schools in Raleigh but Sallie Jones’ mother and uncle donated land for a new school and the federal Works Progress Administration (WPA) funded the construction of a new elementary school, now known as Kingswood Elementary.

For African American children in West Cary, many of whom were the children of tenant farmers, getting to school was more difficult. The nearest African American school was in Fearrington, near Pittsboro and Bynum. Students would need to walk several miles to then take a bus to go to Fearrington, then do the whole thing again to get back home after school. This trip would not get shorter until the late 1940s when an African-American school was built in Apex. 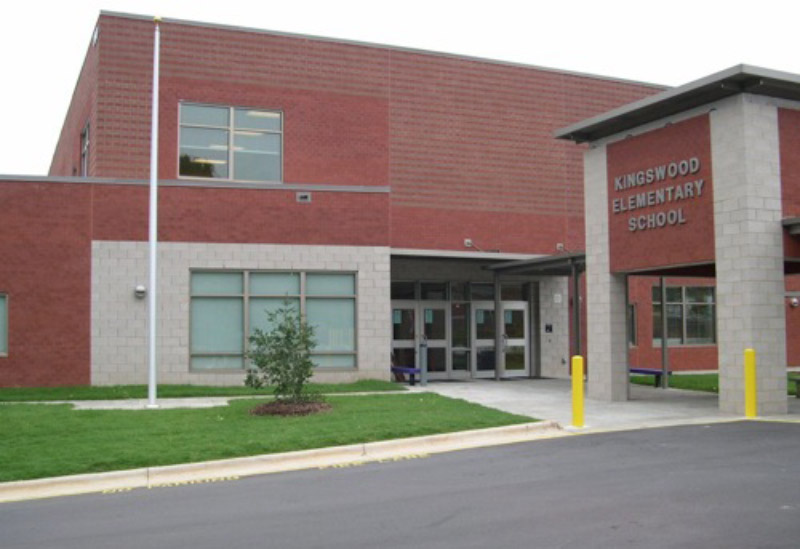 After 1954 and the Brown v. Board of Education decision, local school boards were given the authority to develop their own plans for integration, as long as it was approved by federal boards. Here is where Cary stands out in local history, as Cary had the first desegregated school the Wake County system: Cary High School (Raleigh had its own school board at that time, and Enloe was the first school integrated there).

Cary High School was built on Walnut Street in 1960 and Wake County Board of Education member Henry Adams decided this would be the first desegregated school. Adams, who was also the original owner of what is now Ashworth’s Pharmacy. Adams formed a team made up of both white and black education officials as well as officials from the NAACP but his proposal was not popular.

“He was getting death threats every night,” Van Scoyoc said. “He lost many of his friends and they wouldn’t talk to him for years.”

For the 1963-64 school year, six African-American girls attended the previously all-white Cary High School. They were Gwen Matthews, Brenda Hill, Esther Mayo, Phyllis McIver, Frances White and Lucille Evans. In “Desegregating Cary,” Van Scoyoc talked with both Matthews and Evans and got their stories. Their time at the school was met with protests and abuse from other students but all six girls graduated Cary High School and more black students came in the following years.

In 1965, four African-American students desegregated Swift Creek Elementary, including Matthews’ sister Deborah. Slowly, Cary schools were integrating and it was seen as successful, with other towns across Wake County and North Carolina reaching out to Adams.

There were still violent incidents, however. In addition to abuse African-American students faced, in 1963, Green Hope Elementary was burned down by white residents who did not want to see it integrated. 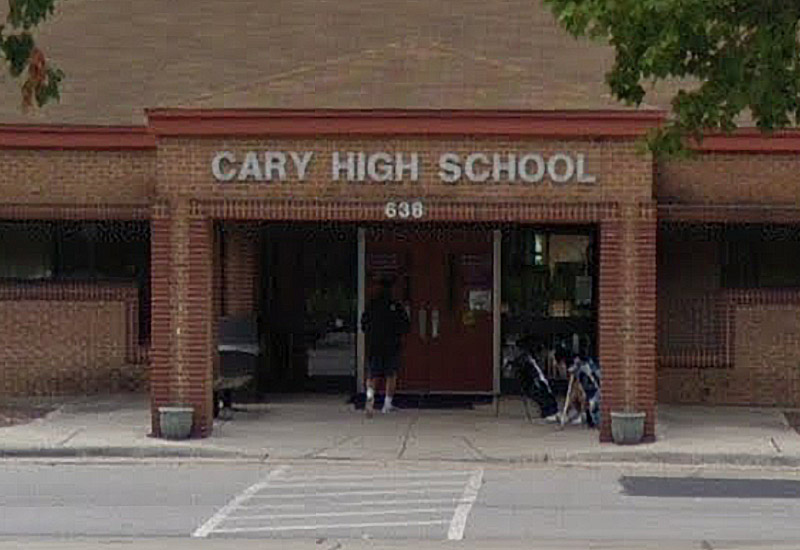 Speeding Up the Process

In 1966, the United States government started setting policies and quotas to get towns and cities around the country to speed up the pace of integration. So, Adams created a new plan: in between elementary school and high school, Cary would have a school for only ninth grade students and this school would be fully integrated.

Adams selected West Cary Middle, a school built in 1965 on Evans Road. Even though Brown v. Board of Education happened nearly a decade prior, this was still built to be a segregated African American-only school. White parents in Cary opposed this even more forcefully than the earlier integration plans and filed a lawsuit with the state Board of Education.

However, in 1967, when this case got to the North Carolina Supreme Court, it was thrown out instantly and West Cary Middle went forward. In 1969, Adams arranged a similar plan with an integrated sixth grade-only school, selecting Kingswood Elementary.

“This plan also spread across the state,” Van Scoyoc said.

While Cary was far from immune to segregation and prejudice – inside the Cary Theater, there are still some signs of where the African-American entrance to the upper balconies were – Cary set a precedent for integration in Wake County and influenced many other parts of North Carolina. As for some of those first African-American students to go to all-white schools, Matthews later became the first African-American student to attend Meredith College and taught at Wake Tech for many years. Her sister Deborah went on to become director of human resources at NC State University.

You can read more stories about Cary history recorded by Peggy Van Scoyoc in her monthly column as well as in her books.

Money Matters: Divorce and Your Finances
Scroll to top