Cary, NC – The weather may not feel like March but we are entering the Spring. Celebrate the new season with fun events, from comedy and music at the Cary Arts Center, Downtown Food and Flea in Downtown Cary, the Concert Singers of Cary’s Great American Songbook and North Carolina FC starts the new soccer season at home, taking on Louisville City FC.

The Cary Theater is playing new feature films this weekend, starting on Thursday with Robert Redford’s “The Old Man and the Gun” at 2 and 9 PM and the family drama “What They Had” at 7 PM.

West Regional Library is hosting a workshop on how to budget, making step-by-step processes and making personal money management. “Budget Like A Boss” starts at 7 PM and while it is free, registration is requested.

The Cary Arts Center is holding a comedy show with comedian Nancy Witter and her show “Perscription Laughter: Growing Up McDougal…Happy, Hopeful and Hung Over.” It starts at 7:30 PM and all proceeds will benefit the MS Society of the Triangle.

To see a full list of Thursday events, go to the CaryCitizen calendar.

LITE starts in 2019 at the Cary Senior Center this Friday and Saturday. LITE is a series of eight one-act plays co-produced by the Cary Playwrights Forum and it starts at 6:30 PM on Friday and 3 PM on Saturday, with more shows later in the month.

The Cary Theater celebrates one of the greatest film stars of all time with back to back screenings of Jackie Chan’s “Police Story” and “Police Story 2.” It all starts at 7 PM.

The Cary Arts Center hosts “The Queen’s Cartoonists” with live music accompanying cartoons from the 1920s such as the Talkartoons to modern cartoons such as the Simpsons. The show starts at 7:30 PM.

You can find more Friday events on the CaryCitizen calendar. 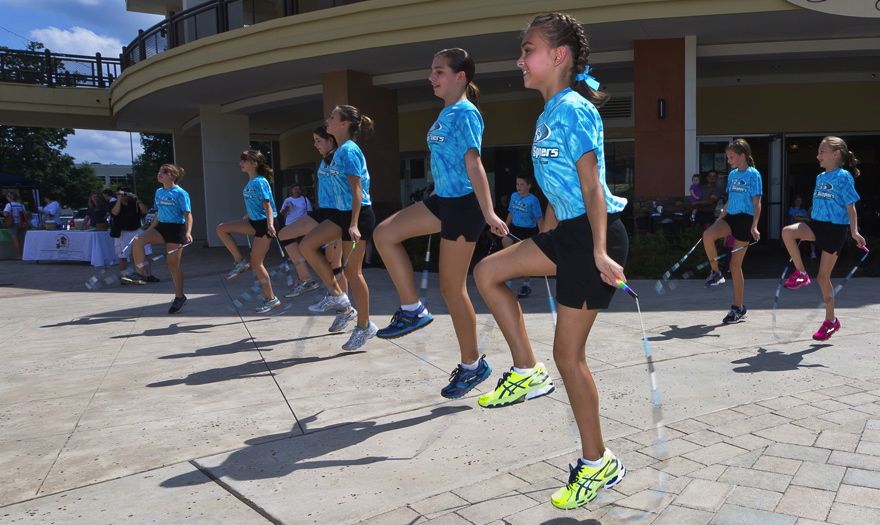 Waverly Place is holding their annual Snow Day event, after being rescheduled from last week, with sledding on blown snow at Waverly Place. The event starts at 11 AM and there are also shopping deals, music, games and more.

The YMCA Super Skippers are at the Taylor Family YMCA this weekend with a mini-clinic for kids aged 6-16. All skill levels are welcome and jump ropes are provided, starting at 1 PM.

The Concert Singers of Cary perform “Songs You Love to Sing: Music from the Great American Songbook” with music from the Golden Age of Song from the 1920s to the 1950s, including the music of George Gershwin, Irving Berlin, Cole Porter, Rodgers and Hammerstein and more. The show starts at 7:30 PM at Saint Francis United Methodist Church.

Downtown Food and Flea is this Sunday from noon to 4 PM. There are locally made crafts, artwork, food, drinks and there is live music, all at Fidelity Plaza.

Hum Sub presents their annual Basant Bahar performance with music and dancing all at the Cary Arts Center, starting at 3:30 PM.

And there are more Sunday events on the CaryCitizen calendar.

Kings in Downtown Raleigh is holding an amateur talent show, where nothing is off-limits. It starts at 8:30 PM this Friday with local celebrity judges.

Lego fans can go to the BrickUniverse LEGO Fan Expo at the Raleigh Convention Center with amazing creations, building zones and more. It takes place this Saturday and Sunday from 10 AM to 4 PM both days.

All this weekend, the Carolina Theatre in Durham hosts the Nevermore Horror and Gothic Film Festival, now in its 20th year. It features features and shorts both local and around the world with horror, sci-fi, fantasy, action and more.

Events from the CaryCitizen calendar. Photos by Hal Goodtree and Lindsey Chester.