Cary, NC – Skin cancer is the most common form of cancer, with one in five Americans developing skin cancer by age 70 according to the American Cancer Society. A Cary-based health non-profit is helping people detect skin cancer early, with plans for the largest skin cancer screening in the world.

The Polka Dot Mama Melanoma Foundation is holding a free skin cancer screening on Saturday, May 18, 2019 in Durham’s Duke Health Center at 6301 Herndon Rd. The current Guinness World Record for largest cancer screening is 780 people, which the organization is aiming to beat.

“It’s less about the record and more about getting people checked,” said Tracy Callahan, Polka Dot Mama founder. “We’ve screened more than 1,400 patients last year and in 16 to 20 percent of patients, we find skin cancer.”

The foundation started doing cancer screenings more than two years ago, which would typically see fewer than 100 people. But when a recent screening had more than 200 patients come, Callahan said she and the foundation’s board talked about how many more they could potentially see.

For the May 18 screening, Callahan contacted more than 30 certified dermatologists to do screenings, as well as more than 100 volunteers. The event will also have doctors and nurses who can speak Spanish.

These screenings are important to Callahan, not only because she is a four-time melanoma survivor herself but also because of the statistics on early skin cancer detection.

“Early detection is what saves lives. If you detect it early, the survival rate is more than 90 percent. But if it’s later, the long term survival rate is less than 30 percent,” Callahan said. “People think of it as just skin cancer but it can spread to the lungs, the liver and the brain.”

Additionally, Callahan said people with skin cancer can look and feel fine “until it’s too late.” 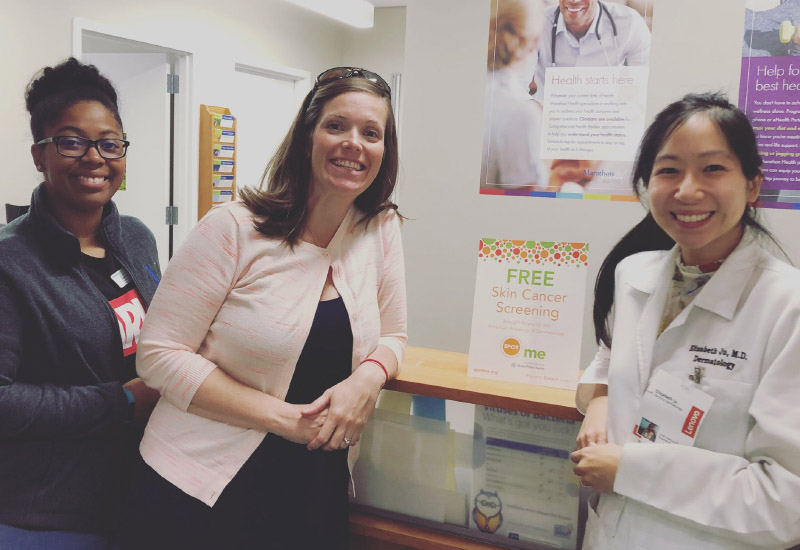 To make this screening beat the current 780-patient world record, Callahan said they have already been scheduling patients online in addition to accepting walk-ins and are planning live coverage by local Top 40 station G105.

“We’re hoping to blow the record out of the water,” she said. “With all our voices put together, we can break that record, but hopefully we will still be able to see everyone that comes.”

Local elected officials will be at the screening, including Cary Mayor Harold Weinbrecht, who will also be reading a signed proclamation reminding people to protect their skin during the Summer.

Before the cancer screening event, Polka Dot Mama is holding their annual fundraiser “Taste for a Cure,” on Sunday, April 28, 2019.

“The funds go to local research, cancer screenings and education about skin cancer,” Callahan said. “This year, the funds also go to the cost to apply to break the Guinness Record.” 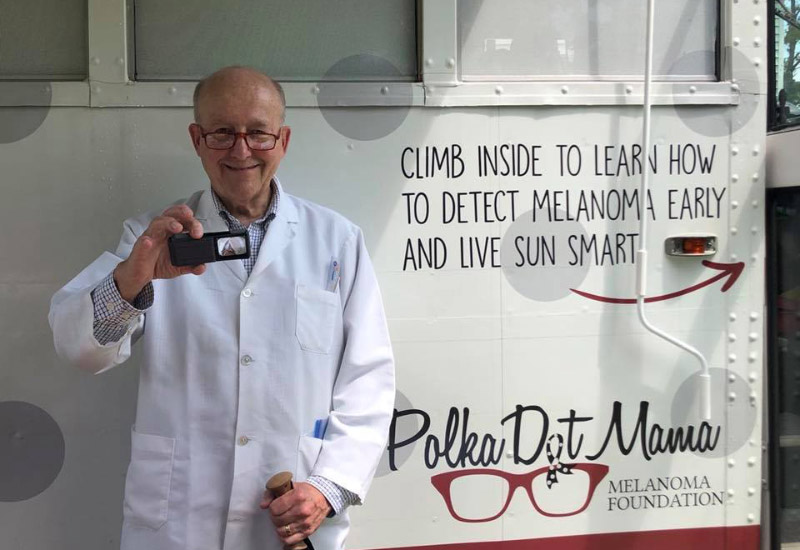