Cary, NC – The North Carolina Courage were the defending champions and the home team host for the International Champions Cup Women’s Tournament finals, but it was not enough to retain as they lost to France’s top professional women’s team.

The ICC finals took place Sunday, August 18, 2019 at Sahlen’s Stadium in WakeMed Soccer Park. This was the second ever ICC Women’s Tournament, won by the Courage in 2018, who defeated France’s Olympique Lyonnais Féminin to earn that distinction.

Now, after narrowly beating Manchester City Women on Thursday, August 15, 2019 after long weather delays, the Courage played a tough, fast paced game, matched by Olympique Lyonnais the whole way through. Despite outshooting Lyonnais 14-9, the Courage were unable to score on their competition. 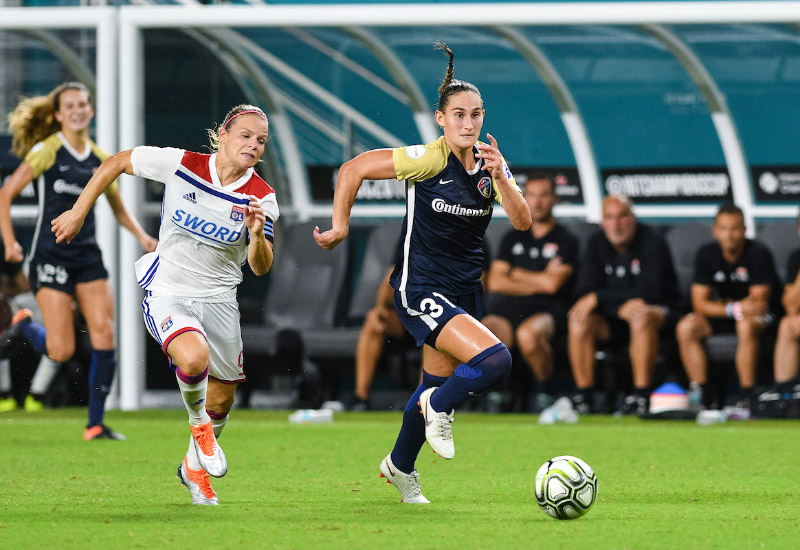 Merritt Mathias, Kristen Hamilton and Lynn Williams all came very close to scoring in the first half, thanks to the Courage’s signature speed and aggressive play style. Hamilton came the closest in the 27th minute as she and Williams got the ball past Lyonnais’ defenses but goalkeeper Sarah Bouhaddi made a diving save and kept the French team unblemished.

In the second half, it looked like it would be the same story as even with close calls, the Courage were unable to score. Crystal Dunn looked like she’d figured it out when she took Bouhaddi off balance and hit a long kick, but it went too high.

Then, everything changed in the 57th minute when Lyonnais midfielder Dzsenifer Marozsan hit a big curling kick. It was just tricky enough to get past home goalkeeper Stephanie Labbé and Lyonnais had the 1-0 lead and the sole goal of the entire match. 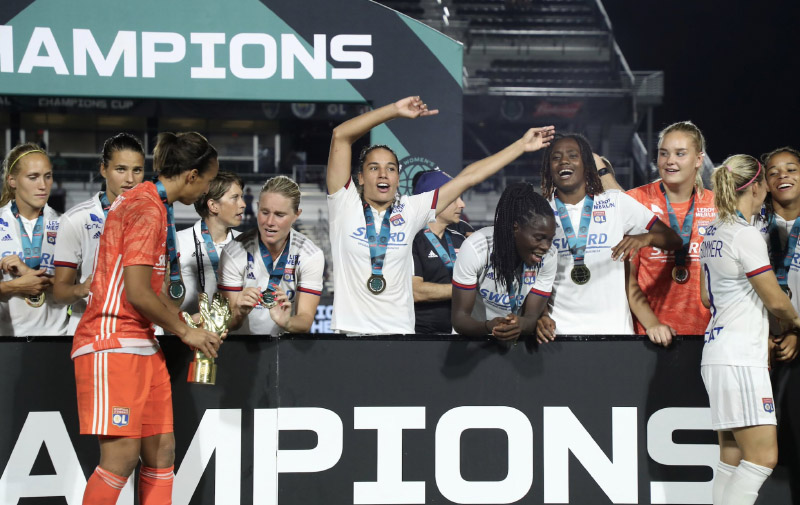 Even with the Courage’s four World Cup players all together for the first time in a home game since April, they were unable to get the win and the trophy for the second-ever ICC Women’s Tournament went to Olympique Lyonnais.

“I thought we were terrific,” said North Carolina Courage Head Coach Paul Riley. “We battled to the end and it could have gone either way. It took a worthy goal to win the game.”

Attendance for the finals were around 8,200 fans at home. The North Carolina Courage’s next home game, as part of the regular season, is this Saturday, August 24, 2019 against Seattle Reign FC.