Cary, NC – Songs, stories and poems about love have been popular since time immemorial, and at the Cary Theater, audiences can see a celebration of love in the arts, all performed by rising stars in the Triangle. 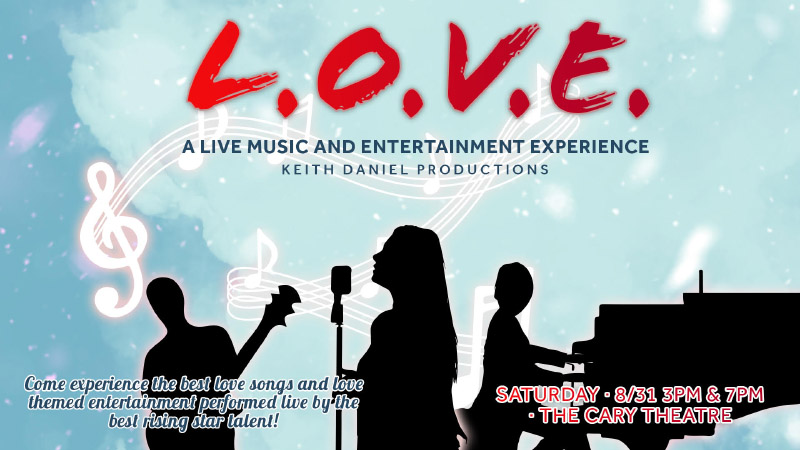 The Summer L.O.V.E. Show (Love Others Very much Everyday) takes place Saturday, August 31, 2019 at 3 and 7 PM at the Cary Theater. Keith Daniel Washo has produced two L.O.V.E. shows in North Carolina in the past, but this year, he’s taking it to Cary.

“I’ve always had a passion for love songs. It comes from me naturally,” Washo said. “But there’s nowhere to go to listen to love songs exclusively.”

Washo said the show’s songs will cover the whole spectrum, from the early tingles of finding someone special to being in the midst of a relationship to broader ideas of love for your home, as well as the harder parts of love and romance.

“The message is, love is amazing, despite the ups and downs,” Washo said. “It helps people get an appreciation for goodness, and they can leave the show feeling good.”

The L.O.V.E. Show is predominantly music but there will also be comedians with jokes about love and dating and, using the Cary Theater’s projector, there will also be accompanying visual art and video montages to compliment the theme of the show.

“I want this to be a night of entertainment, not just music,” Washo said. “Also, with some comedy added in, it helps break up the show.”

The show will feature musicians and comedians from around North Carolina, whom Washo called “rising stars.”

“These are talents that could be on radio or TV right now,” he said. “I’m a curator. I believe I have found the best performers – the cream of the crop.”

Washo found many of these performers through going to open mic events or smaller local concerts and he said he wants L.O.V.E. to be a bigger platform for them.

“I see these artists around but they’re playing small shows and small venues. They’re not getting the platform they deserve,” he said. “I want to give them a great venue with a captive audience, and the opportunity to get paid right.” 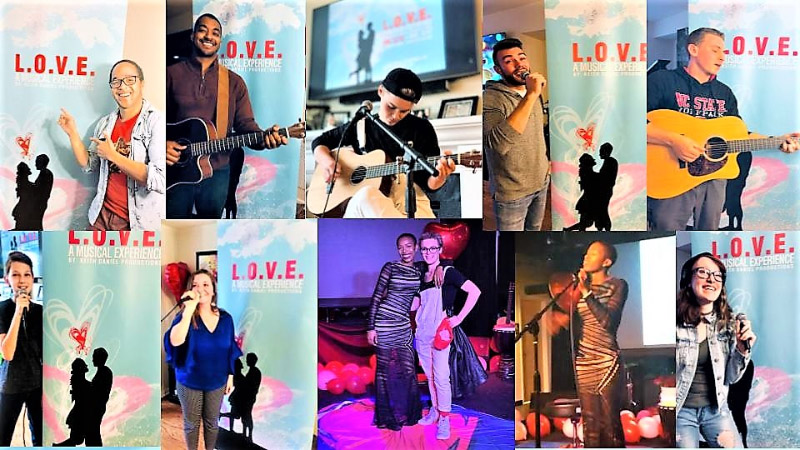 Performers at the upcoming L.O.V.E. Show