Cary, NC – With their recent win over the Utah Royals FC, the North Carolina Courage have become the first team to win the National Women’s Soccer League (NWSL) Shield for the third year in a row.

The North Carolina Courage played Utah in an away game on Saturday, September 21, 2019, and with a 3-0 victory, they finished the season as the top team. The Courage also won the Shield in 2017 and 2018, and won the Shield in 2013 when they were still the Western New York Flash.

In this all-important game, Sam Mewis, Jaelene Hinkle and Debinha all scored on Utah, with goalkeeper Stephanie Labbé playing her eighth shutout of the season.

This is the first time a team has won the Shield three years in a row. The only other team to win the Shield multiple times is Seattle Reign FC, who won the title in 2014 and 2015. Additionally, the Courage are the only team to ever win the Shield and the NWSL Championship in the same year, which they did in 2018. 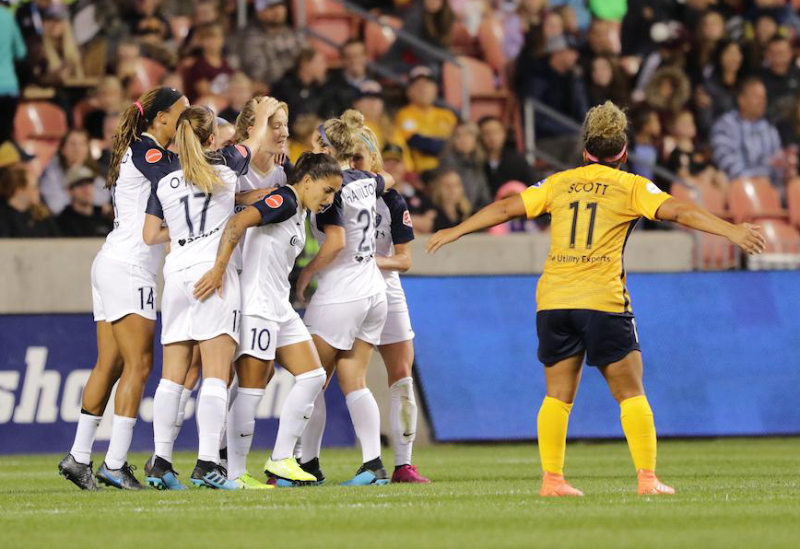 While the regular season is not over yet, the Courage’s Shield win draws attention to the upcoming NWSL championship playoffs. The Courage were already set to host the NWSL Championship game at Sahlen’s Stadium at WakeMed Soccer Park. But as Shield winners, the Courage also earn the right to host one of their semifinals games.

The dates and match-ups for the semifinals are not set up yet but the championship match will be on Sunday, October 27, 2019 at 4 PM.

The Courage’s last game of the regular season will be a home game, on Saturday, October 12, 2019 at 7 PM against Sky Blue FC.