Cary, NC – Passenger traffic at Raleigh-Durham International Airport (RDU) is now at levels it was supposed to hit in 2031. At a recent meeting, officials with the airport laid out plans for growth and expansion to deal with increased traffic, all with the backdrop of a nearly two billion dollar budget shortfall.

At the Cary Chamber of Commerce’s Government Relations meeting on Thursday, October 10, 2019, RDU’s Vice President of Communications, Government and Community Affairs Crystal Feldman, laid out future plans for the airport, with some coming in the next few years and others in the earliest planning stages.

RDU has its Vision 2040 plan for future development, but that plan projected RDU would have this level of passengership in 2031, which Feldman said has drastically shortened the time table for when the Vision 2040 projects must be completed. 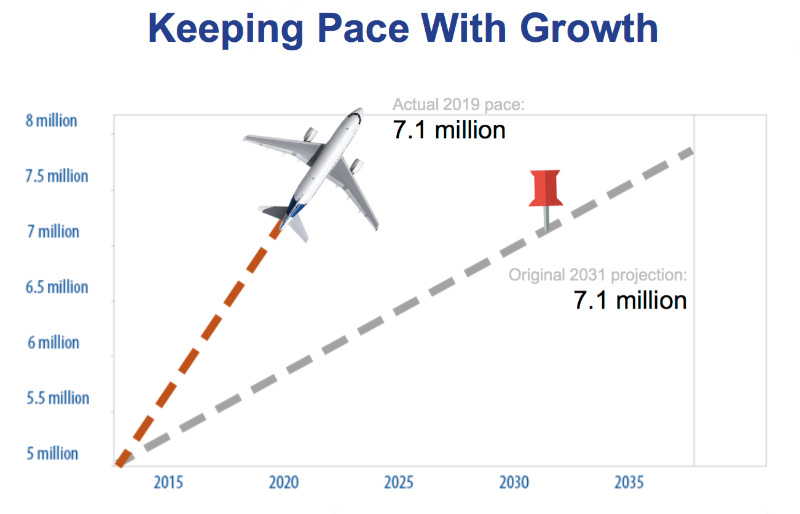 One of those main objectives is replacing the primary runway, which means not only changing out the material but also lengthening it to 11,500 feet, which would also make direct flights to Asia possible. Until the $350 million runway can be built, Feldman said it is in a “preservation program,” with parts of the runway shut down at 10 PM so crews can go in, cut out large blocks and replace the concrete so it can dry in time for 4 PM transatlantic flights.

In the near future, RDU will activate four new gates at Terminal 1, which should be open by April 2020 according to Feldman. These gates would be open to “ultra-low cost” airlines. However, Feldman also said they have recently submitted a plan for the RDU Authority Board to expand Terminal 1 to 21 gates, though there has been no vote or action on this item.

“This is our only option for new gates in the coming years,” Feldman said, adding that this would likely be a two-phase project, costing $500 million.

There are also plans to add 11 more gates to Terminal 2 but this is dependent on the new runway being built.

The restaurant Panopolis was recently removed from Terminal 2 to make room for two new security checkpoints. Additionally, Feldman said customs for international flights will be expanded to go from seeing 400 passengers per hour to 800.

Also in the short term, RDU is unrolling all-electric buses, online parking reservations and new wireless internet inside the terminals.

“WiFi issues are among the top complaints we get,” Feldman said. “It will be unlimited data with no ads, for free.”

Further out, RDU will be building a facility to store rental cars, which will cost $500 million and take between five and seven years to build. 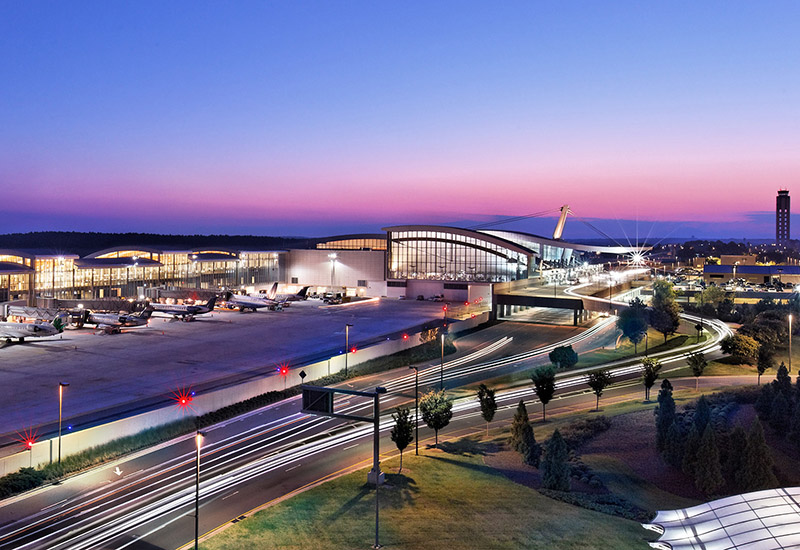 With growth far outpacing projections, RDU is currently facing a budget shortfall of around $1.8 billion dollars. As building projects start around 2025, Feldman said the airport is projected to borrow $700 million in a four year span.

“That’s when our financial situation starts to look dire,” she said.

Currently, RDU receives $50,000 each year total from its four local government owners and dedicated funding is starting to come from the state government. Another source of funding will be the Wake Stone Corp. quarry, presuming it goes through its legal challenge. Feldman noted that all airports currently have budget shortfalls and some have turned to oil and natural gas drilling on their land.

“Airports all around the country are looking to monetize their assets,” she said.

Recently, the RDU Airport Infrastructure Development Task Force was created to find answers to these budget questions, with recommendations to be presented on January 17, 2020.