Story by Lindsey Chester, all photos by Brooke Meyer

Cary, NC- It may be over, but the memories will live on until next year’s return of the Cary Cross Currents Chamber Music Arts Festival. For two weeks from July 3- July 17, the new Cary Arts Center played host to the Brussels Chamber Orchestra in the festival that called Cary home this summer.

Carrie Knowles, festival director told me that the festival attracted over 1400 patrons during its run in the new Cary Arts Center. As the weeks progressed each concert attracted a bigger crowd culminating in the final performance Sunday July 17 .

The musicians gave kudos to the town on the facility, which played host to 5 concerts, and many rehearsals which were free and open to the public.

Ralph Ashworth, owner of Ashworth Drug, attended the Thursday July 14 concert which featured world reknowned violinist Lorenzo Gatto. Ralph told me that this festival “Set a high mark” for the future of the Cary Arts Center. The experience was “Unbelievable!” and “a wonderful way to open the new facility”. He added “the quality was outstanding”, and that folks are already looking forward to next year. He thinks the success will build on itself through word of mouth. 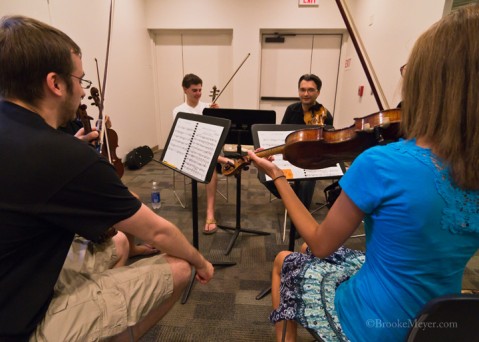 Experience of a Lifetime for Students

During the first week, a select group of students played alongside the pros in an experience of a lifetime. They  took part in the first concert of the festival on July 8th. Carrie added that the student Side By Side experience was so well received that 7 of the 11 students asked to stay on into the second week as interns. They watched rehearsals, helped with meals and ran errands for the musicians.

One student, Natan Holzman had this to say about his experience:

The past two weeks have been the single most influential and best musical experience of my life.  I learned so much from playing alongside and watching the BCO, and have tried to absorb the attitude that I sensed during rehearsals – a combination of intense delving into the meaning of every note and infectious joy at simply playing music together…. It has been an honor to be a part of the festival, and I hope I can participate in some way next year. 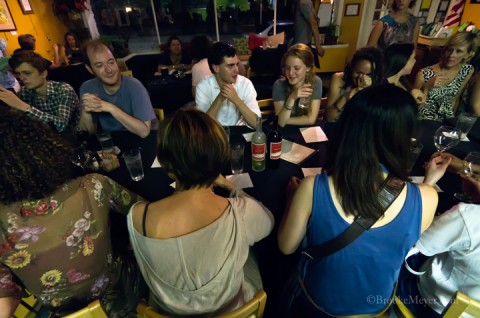 Musicians and concert goers enjoy a meal at Chatham Street Cafe after the show.

Restaurants stayed open after the concerts so that concert goers could enjoy a meal with the musicians. These late night meals were very popular with the concert going public and the partnership was deemed a rousing success. 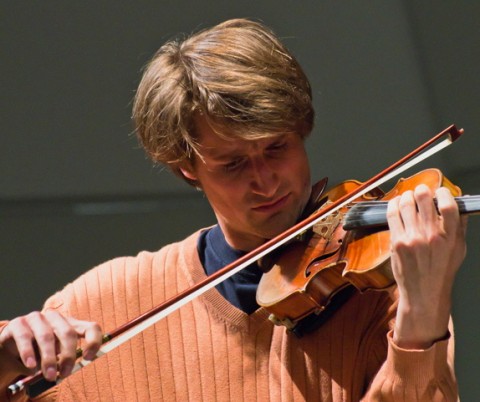 Several concerts featured guest appearances from our own NC Symphony.  July 10th Dovid Freidlander and Melanie Wilsden of the NC Symphony gave solo performances.  Other members of the NC Symphony that night included: Rachel Niketopoulos on french horn, Chrisopher Caudell on horn, Sandra Posch on oboe and Carrie Shull who played both oboe and English horn.

Beverly Briggs, artistic dirctor of the Baroque & Beyond, played harpsicord on July 14th and Manuel Villuedas, who developed the Chamber Orchestra in Spain, arranged the music for the July 15th concert.

Top billing was world reknowned Lorenzo Gatto, violin virtuoso. He performed on both the July 14th and 15th.

The Cary audience was overwhelmed by the level of talent exhibited during these two weeks of music. Carrie Knowles worked tirelessly and did a spectacular job. We look forward to next year as this festival grows in its new found home.

Our photographer, Brooke Meyer , was on hand through out the festival to capture the highlights here.