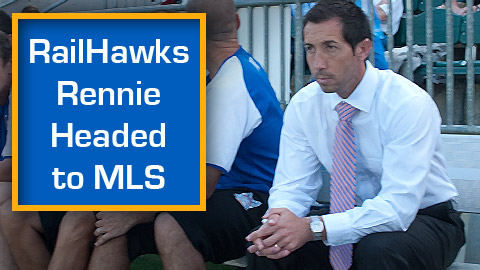 Cary, NC – The RailHawks have had an amazing season thus far. Add one more accomplishment: Head Coach Martin Rennie is going to the MLS Vancouver Whitecaps at the end of the current season.

Happy for Rennie, Good for the Franchise

The RailHawks (14-3-2) are a lot like a Triple A Baseball club. For the team to be successful, the top talent has to be called up to the majors.

According to Dean Linke, SVP, the ‘Hawks have sent 8 players and coaches up to the majors in N. America and Europe in the recent past including Brad Rusin, Daniel Paladini, Tom Heinemann and Daniel Woolard.

In remarks to the media at the Page-Walker center in Cary on Tuesday, team president Curt Johnson said Rennie would finish the season (and the post season) with the RailHawks. “Everyone’s excited about Martin’s opportunity,” Johnson said.

Team Captain Kupono Low added to Johnson’s sentiment. “The players know people are watching us. It’s exciting for us. It makes us want to win it all that much more.”

Conceivably, the same is true for Coach Rennie.

The RailHawks are certainly in the circle of destiny this season. 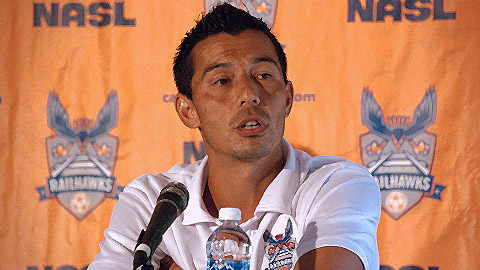 See for yourself how all this plays out for the team next week with Taste of the Triangle on Wednesday, August 17 before a match against Minnesota, and Saturday, August 20 versus Fort Lauderdale. Get tickets.