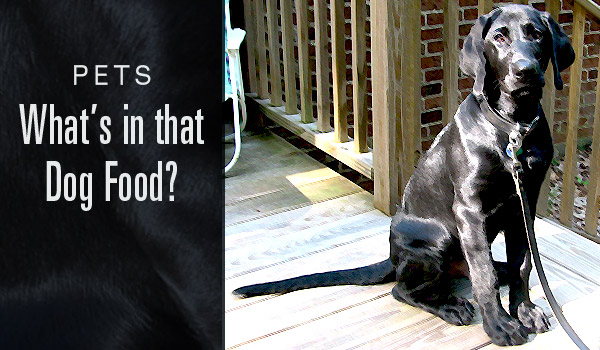 Story and photos by Kaynan Goldberg. Kaynan is CaryCitizen’s 13-year-old columnist on all things frugal, crunchy, healthy and green. She blogs at VeggiesGoCrunch.

Cary, NC – Murphy is my grandfather’s Black Labrador Retriever.  He is about ten months old, and he is adorable. But what’s in his food bowl?

Murphy has a good life.  He goes the dog park every day.  He spends a few hours either jumping off the dock into the lake (remember, he’s a Lab) or running around and just being a dog.  When it’s time to head home, he’s ready for dinner, and then sleep.  His life is full of people who love him.

Murphy is a lucky dog.  My grandfather really thinks about what goes into Murphy’s food bowl, which is more than can be said for most dog owners.  I’m not throwing anybody under the bus – I’m just stating a fact.  They may think they know what they’re feeding their dogs.  But most of them have been brainwashed by advertisements telling them that their brand of dog food is amazing.

If you have a dog, think back to the last time you bought dog food.  Did you even bother to look at the ingredients list?  If you didn’t, go to your brand’s website and check right now.  I’ll wait for you. 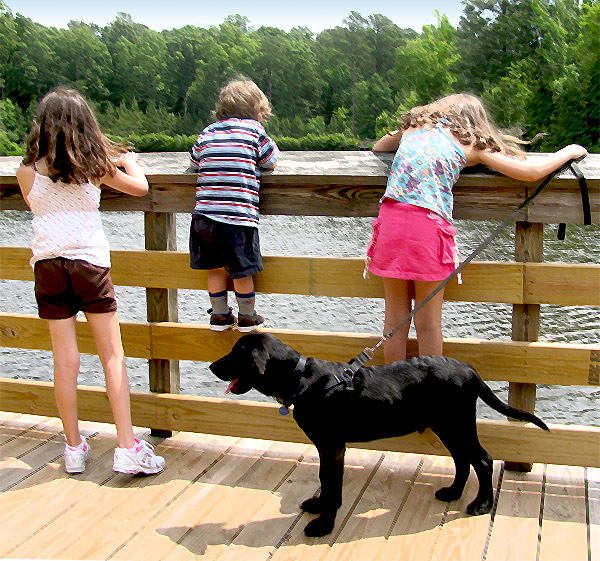 Alrighty, then.  Did your dog’s food have chicken as the first ingredient?  Or maybe lamb?  Or fish?  If so, good for you – and, more importantly, good for your dog!  If not, it was probably a corn or soy product.  I’m sorry to say that that is bad news.  Corn and soy are both inflammatory in dogs.

Now look at the second ingredient.  Depending on your brand, this could be anything from “ground rice” to “chicken meal” to “meat by-product meal.”  So you know, a lot of the meat in dog food is in “meal” form. All this means is that the meat has been concentrated and dehydrated, so that there is less fat and more protein packed in the food.  It’s obviously a process, but it’s one of those things you just can’t avoid, and it’s certainly not the worst thing you could feed your dog.

One thing to think about – the type of meat should always be listed, be it chicken, duck, fish, beef, whatever.  If it just says “meat,” then that means the manufacturers don’t want to disclose what kind of animal is in their dog food.  It’s like the mystery meat in the cafeteria – nobody wants to eat that.  If your second ingredient is another corn or soy product, you’ll probably want to research another brand.

What’s the third ingredient?  If you haven’t found an animal protein source yet, you should definitely see one now.  If the first two ingredients were animal-sourced, then this third ingredient will probably be a grain – rice or  barley.

The fourth ingredient will be another grain, and the fifth will probably be some form of animal fat.  Like before, you’ll want to know what kind of animal.  It might say “preserved with mixed tocopherols” – that’s okay.  Mixed tocopherols are antioxidants that keep the fat from spoiling.

Now, if your dog food was mainly quality meat and whole grains, then you – and, more importantly, your dog – are good to go.  However, if you found a bunch of corn, soy, and mystery meat, you might want to look at some other brands.  Blue Buffalo, which is what Murphy eats, is an affordable brand with minimal fillers and no artificial stuff.  My grandfather swears by it, and I can certainly vouch for it.  It may not be the “perfect” dog food, but it is definitely good.  (I promise that I am not being paid to advertise Blue Buffalo.  I am just a fan of their dog food.)

Really, this whole post was just to get you in the habit of reading ingredients.  Maybe you already read the ingredients on your food, or your family’s.  If you do, that’s great – keep up the good work!  But if you have a dog, it’s part of your family, too.  You should definitely treat it that way.  It is more expensive, but by investing in quality food, you might be saving yourself a lot of money on vet bills. 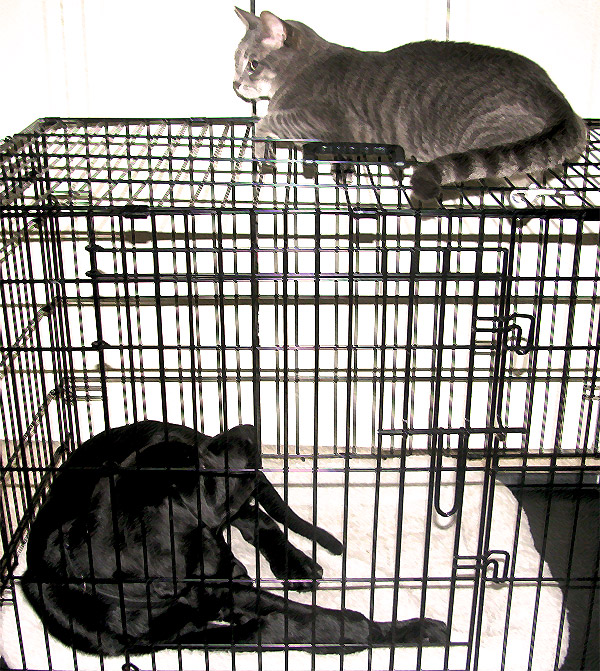 Up next on the pet food frontier: cat food!  We do not actually have a dog, although that will hopefully change some time this year, but we do have a cat named Gus.

Gus is a great cat.  He’s sweet, he never bites or scratches, and he even puts up with my baby brother – no easy task, since my brother is a three-year-old who likes to use Gus as a pillow.  My whole family loves Gus, and we’d only do good things for him.

Can you guess where this is going?  While I was researching this post, I learned something about Gus’s food, Hill’s Science Diet.  We’d always thought that it was a good food – it’s got the words “Science” and “Diet” right in the name!  Turns out that it’s not that great.

It’s one more thing to think about – and of course I learned this just after we bought Gus a new bag of food. 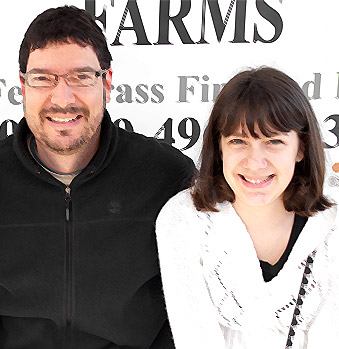 Kaynan Goldberg with her father Jordan  at the Western Wake Farmers Market in Cary. Photo by Hal Goodtree.