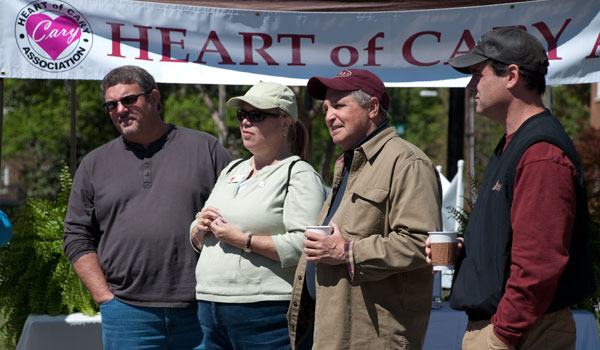 Cary, NC – Last night, the Heart of Cary Association (HoCA) elected a new board and officers.

HoCA Gets New Board

According to a press release from HoCA, the new slate of leaders includes:

Additionally, the Board and officers said good-bye with “heartfelt thanks and sincere appreciation” to retiring Board members Lisa Frantz and Keith Bliss.

The succession of leadership shows a dynamic organization of growing clout.

If you are interested in Downtown Cary, email Doc Thorne about membership in HoCA.