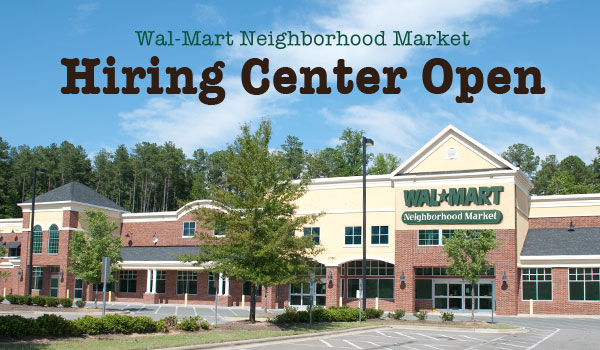 Cary, NC – The new Wal-Mart Neighborhood Market set to open in October has a hiring center to fill up to 70 jobs.

Just to refresh, the Wal-Mart Neighborhood Market is going into the space once occupied by Kroger and almost occupied by an Immigration (ICE) facility at the corner of NC 55 and High House.

Neighborhood Market is a new concept for Wal-Mart and Cary is getting one of the first few in the country. It’s basically a supermarket. The store is set to open in October.

Wal-Mart is reported to be hiring up to 70 supervisors and associates for the new Cary store.

The Bird’s Nest in Lyuba’s Garage