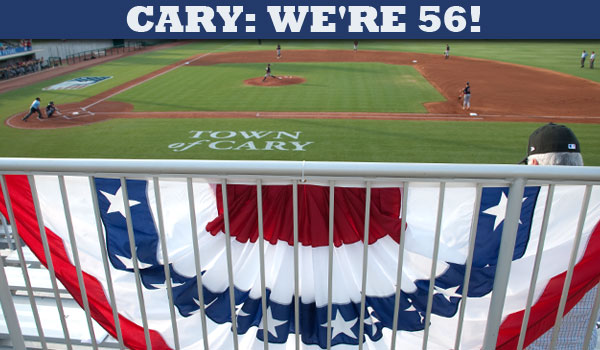 The annual survey covers cities between 50,000 and 300,000 in population. That means medium-sized cities.

The survey, conducted by OnBoard Infomatics, measured job growth, home affordability, safety, school quality, health care, arts and leisure, diversity, and several other quality-of-life criteria in 744 cities across the U.S. Read more about the survey methodology.

Carmel, IN came in #1 in the 2012 survey of best places to live in America. From Money:

Carmel’s business district now has the second-largest concentration of office workers in Indiana and an unemployment rate that’s just over half the national average.

The city also has excellent schools, a big sports and recreation center, a performing arts center, and wide bike lanes. All that, plus a variety of housing options ranging from older homes to new subdivisions, and you have an irresistible draw for families.

Locals aren’t exaggerating when they refer to Chapel Hill as a “town within a park.” The roads wind through tunnels of arching trees, and the area has a rain forest-like charm. But Chapel Hill isn’t just a pretty face.

The report on Cary is generally nice, pleasant. An outsider’s view perhaps.

The knock on us in the survey is “overcrowding” in the schools. Cary has plenty of top performing schools in the state – academically and athletically – with more capacity in the pipeline.

Before the Technology Task Force meeting tomorrow, I plan to review the web offerings of Carmel, McKinney TX, Eden Prairie MN and all the other top rankers. Might be some clues there.

BTW – You can come and observe the Town of Cary Tech Task Force in action on Wednesday night at Town Hall. It’s an open meeting, after all.

Or, if you have ideas for ways Cary could better communicate, you can leave a comment or email me.