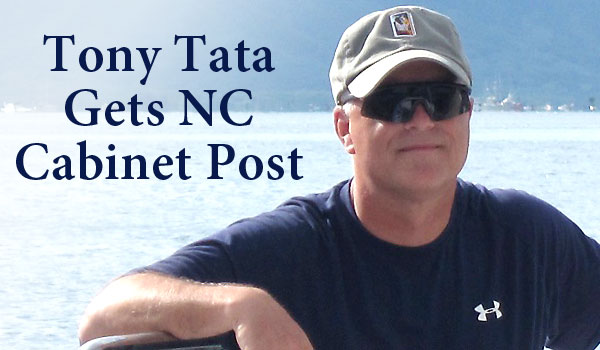 Cary, NC – Last autumn, the Wake County Board of Education surprised many people when they abruptly fired Superintendent Tony Tata. Today, Governor-Elect Pat McCrory announced that he will appoint General Tata as Secretary of the Department of Transportation for North Carolina.

As one might expect from a former paratrooper, General Tata has managed to land on his feet after his ouster by the BOE. From Governor-elect McCrory’s office:

Prior to serving as Superintendent, General Tata was in Afghanistan where he served as the Deputy Commanding General of U.S. forces from 2006-2007. Throughout his career, General Tata has planned and implemented multiple operations involving complex transportation and infrastructure challenges ranging from multi-mode operations involving ports, airfields, rail, and highways to designing and implementing extensive infrastructure plans in developing countries.

Today’s appoint of General Tata comes along with three others, filling all eight NC cabinet posts.

On the campaign trail and following his election, Pat McCrory has talked of a bipartisan, get-it-done approach to government, a reputation he cultivated during 7 terms as Mayor of Charlotte. From the Governor-Elect’s office:

Of course, we’ll see how reality unfolds during the first long session of the Legislature this spring.

In any event, if I were inclined to jump out of an airplane, I’d be comfortable following Tony Tata. Good to see he’s kept his talents here in North Carolina.