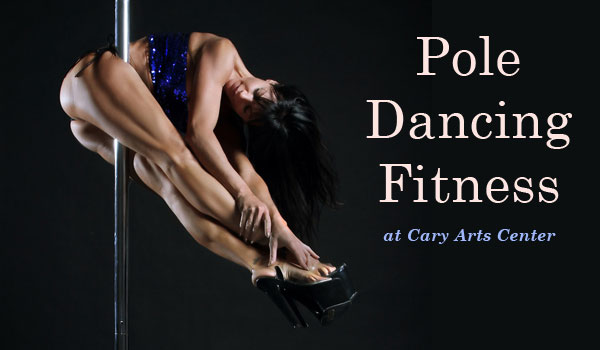 Cary, NC – Not sure how we missed this, but there was a Pole Dancing Fitness Competition over the past weekend at Cary Arts Center.

Did you know that pole dancing is a rising fitness craze? Say goodbye to hot yoga and extreme pilates.

It takes a lot of strength to hold your body out horizontally from a pole. Pole fitness trains women in strength and grace.

The event was produced by Aradia Fitness Pole Dance Studios in Cary and Raleigh. From information on Melodika:

Aradia Fitness Pole Dance Studios NC, X-Pole USA and the Cary Arts Center are proud to present the Head Over Heels 2012 Grand Finale (HOH) on the evening of Sunday, January 6th 2013. Doors open at 5:30pm and the Pole Dance Fitness Competition begins at 6:00pm. This will be Cary’s first ever pole fitness championship, featuring qualifying competitors from across North Carolina and as far away as Tennessee and New York.

The mission of Head Over Heels is simple: to entertain, inspire and empower women with pole dance fitness. The January 6th event will serve as the culmination 2012 Head Over Heels competition series, a six-month event featuring an amateur pole dance fitness competition designed for the every-day woman. Nearly 40 competitors took the stage last fall between Prelim Round 1 (Aug 2012) and Prelim Round 2 (Oct 2012) for their chance to win a spot in the Grand Finale event. Only 16 have made it through to the finals, with competitors separated into two distinct-skill level categories, ready to go pole-to-pole to take home the title of MS HEAD OVER HEELS!

America’s Got Talent & The View

The concept of using pole dancing for fitness is becoming more and more recognized, as seen by numerous features on mainstream media in recent years. 2011 US Pole Dance Federation Champion Natasha Wang wowed the nation with her spotlight on The View last spring following her title win.

And it is hard to forget “pole-fessional” Steven Retchless, who had people dialing in to keep him alive on the popular television show America’s Got Talent in 2011.

“Our goal is to break the stigma associated with Pole Dance Fitness and get people on-board with an energizing & fun way to workout,” says HOH founder and pole fitness instructor Dakota Fox of Aradia Fitness NC. “We wanted a way to get everyday women on the pole to start reaping the benefits of this muscle-carving and endorphin producing fitness practice.”

Tickets to the event were $20. Men had to be accompanied by a woman. From HeadOverHeelsNC on Facebook:

The cover photo on the Facebook page shows a crowd of well-dressed women having a good time. 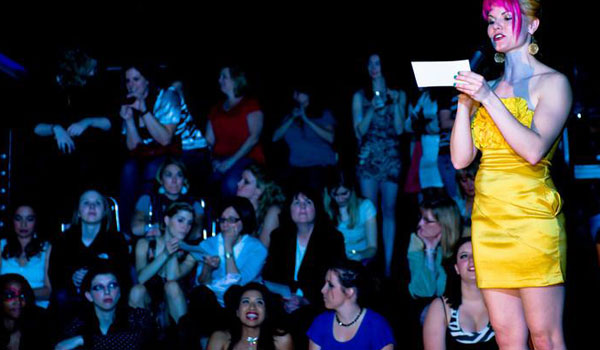 And people say Cary is boring.