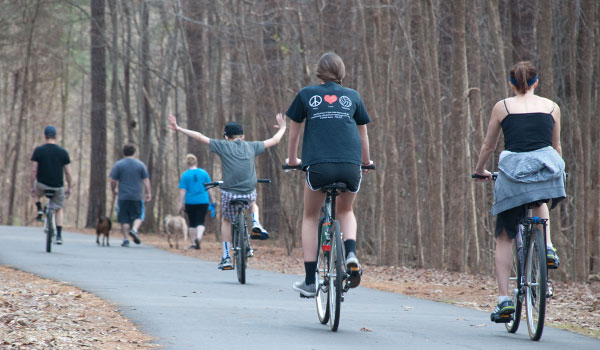 Shorts and t-shirt weather – that’s what we had in Cary today.

Why the Weird Weather?

The lowest temp recorded in January in the Triangle was -9° set on 1/21/1985. (See more temperature data for this area on the National Weather Service.)

We live in the zone where Arctic air is pushing down against tropical air. Right now, the tropical air is winning.

But it’s all going to change in a couple of days.

Don’t put away sweaters quite yet. Two shots of Arctic air will be pushing their way toward us this week.

Monday will have highs around 70 with clouds and possible showers. But the high on Tuesday is only expected to be 46°.

The rest of the week may see temps rising into the 50’s during the day.