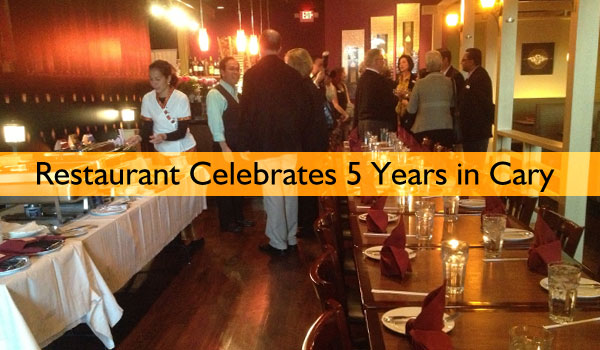 Cary, NC – Every year, Narong Sapsuwan of Thai Spices and Sushi, throws a special dinner for his best customers. This year, the celebration took on extra significance as the 5th anniversary of his restaurant in Cary.

From Thailand to California to Cary

A restaurant can attract a customer once, but keeping folks coming back is not always so easy. Narong says he opened his restaurant 5 years ago, just as the economy was starting to turn sour. After moving from his native Thailand to California where he helped his sister run an establishment in the Berkeley area, his research helped him select Cary as a good place to start a new business (see earlier story about Thai Spices). 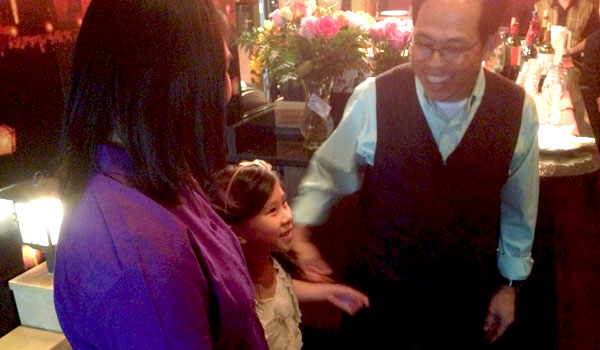 Narong took over the location tucked into Preston Corners where a former Chinese restaurant had once operated. While he was opening, he met a local architect from Thailand who helped him create the look that transports diners away from Cary and into Asia.

Because Narong is a social guy, he likes to greet his customers and learn about their lives and businesses and what brings them into his place. many of his customers have become good friends. As a show of his thanks, every year on the anniversary of the restaurant, he throws a party.

This year was the biggest party yet with over 20 attendees. The group was a virtual United Nations of Cary residents from across the globe. Narong’s guests hailed from Germany, Zaire, France, England, India and Australia, and us from the wilds of New Jersey.

What do we all have in common? The love of good Thai food, and appreciation for a place in Cary that treats its customers like family. 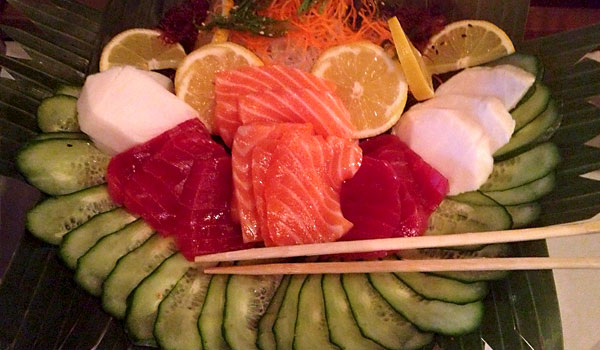