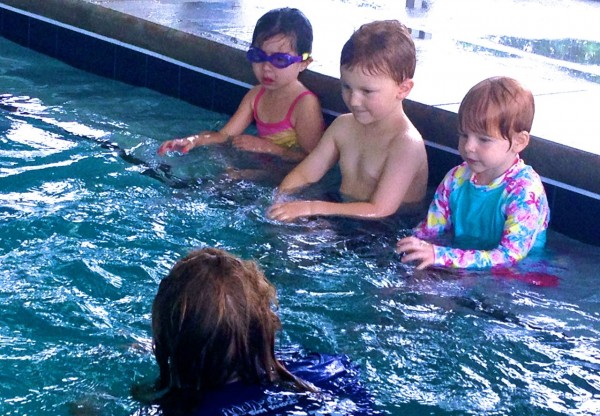 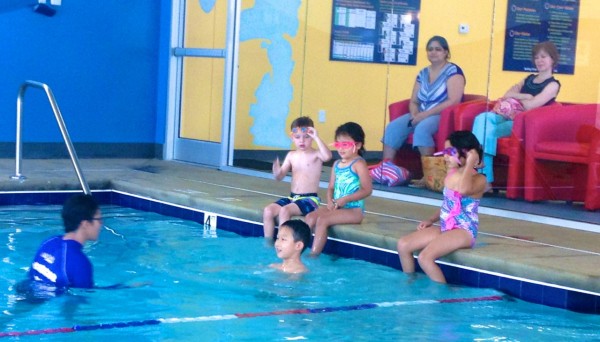 Cary, NC – How would you like to run to the grocery store and drop your kids off next door for their swim lessons?

Aquatots opened recently in the High House Crossing shopping center  (corner of NC 55) and boasts a large 4 foot deep pool where as many as 6 swim classes can take place at a time.

The concept intrigued me on many levels. First, the corner space at this shopping center has failed in recent years to keep their tenants and it was nice to see a unique use being tried here. Once a Blockbuster Video store, the space was most recently a dance studio.

Chlorine in the Veins

Owners Andrew and Jennifer George began using the Aquatots teaching model last April in a nearby Fairfield Inn while their space in Cary was researched and then renovated.

You could say the couple has chlorine in their veins. Both have a long history of swim instruction. Andrew, a long-time Cary resident, filled his teen years swimming for the Scottish Hills swim team and later for Cary High. He coached teams at Park Village during college. Jennifer moved from Richmond and grew up swimming competitively. Her parents have operated a swim instruction school for over 18 years that has taught over 5,000 kids to swim. They recently started an Aquatots at a location in Richmond.

Jennifer and Andrew came across the Aquatots franchise folks at a National Swim conference when they met the owners. The concept of “bringing the swim lessons to the people”, hence the unusual location in a strip center. The systematic approach to lessons which are geared to levels based first on age, and the low instructor to student ratio (1:4) also appealed to the Georges.

Renovating the space required backhoes to dig out the area to allow for a 4 foot deep pool. After the hole was dug (which required the front windows to be removed), Rebar support was added. Then a contractor came in and sprayed concrete to form the base of the pool.  Plaster was then applied and the tile around the edge. Start to finish the renovation took about 60 days.

Who would expect a pool next to their Harris Teeter?

The philosophy is parent focused as you can see when you visit. The wall near the pool is floor-to-ceiling glass, allowing for ample viewing from comfortable chairs for parents to see their child’s progress. The curriculum stresses water safety and divides each lesson into half safety and water skills and half stroke and tachnique. Over time this adjusts as kids move through the levels.

Lessons can start at 6 months  (Parent- tot classes) and extend up to 12 years. The majority currently in the program are 2-6 years old. Lessons are an ongoing process and not session or season based. Children can come as many times a week as the parents wich and are priced accordingly. Lessons last a half hour. Most classes are held either early mornings or afternoons with a lull mid-day.

Andrew mentioned his biggest plans are to reach out to the Special Olympic and special needs families. The warm water (89 degrees) is perfect for therapy and as Andrew says “It’s always a sunny day at Aquatots!”. Plans for expansion are in the works. The Cary location is the only site in North Carolina, but they hope to add Charlotte soon. 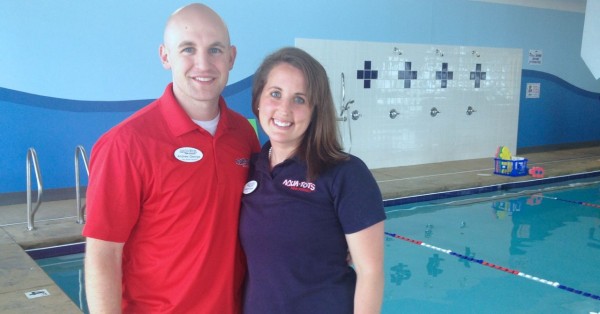 Tech in the Triangle: July Roundup