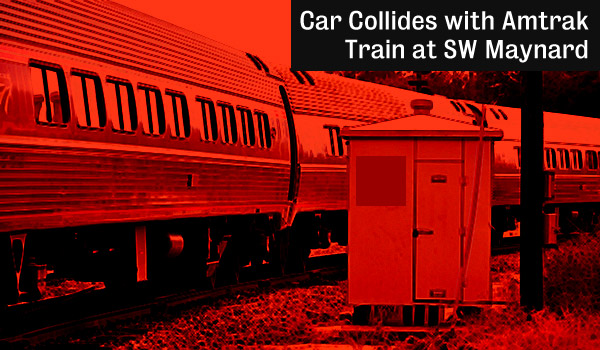 Cary, NC — A passenger car collided with an Amtrak train yesterday on SW Maynard Road. One person was killed and another seriously injured.

The accident happened just before 11:30 AM.

Amtrak’s Silver Star, en route from Miami to New York, was approaching  the Cary station. According to witnesses, the railroad barriers had come down at Maynard when a car snaked around to cross the tracks and was hit by the train.

Almost 300 people were aboard the train. There were no reported injuries to train passengers and the Silver Star resumed it’s journey around 2:15 PM. The SW Maynard crossing remained closed until later in the afternoon.

Cary Fitness Guide 2014 – Something for Everyone

Canes Over Habs in Thriller
Scroll to top