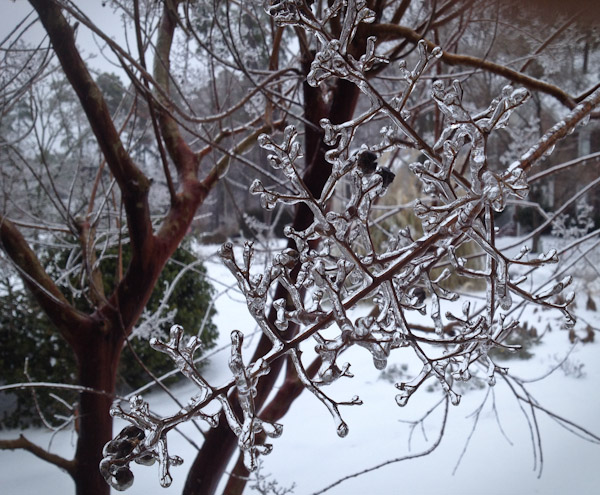 Cary, NC — Winter Storm Pax swept through the Triangle last week, briefing spreading a significant measure chaos and fear. By Sunday, all that was left were a few patches of wet white on a sunny, blue Carolina day. Here’s a look back in pictures.

It’s been one of those winters, hasn’t it? The storm that swept through on January 29 left more snow on the ground than we have seen in a decade.

Last week, Winter Storm Pax roared through, bringing a treacherous mix of snow and ice from Atlanta to Richmond, and then continuing up the East Coast to plague the Mid-Atlantic and New England.

In the Triangle, Wednesday started out dry, but ominous. The air was cold, but felt heavy and wet. Around 1 PM, it started to snow and roads were covered quickly. 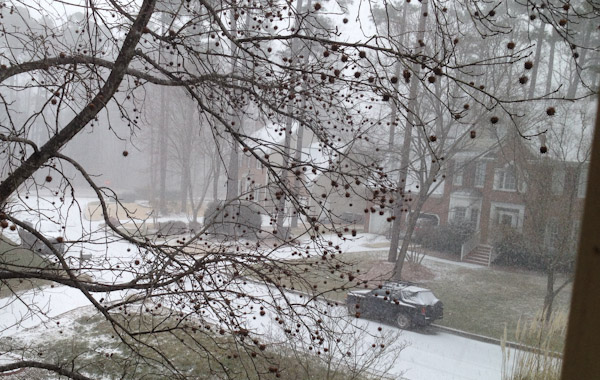 Across the region, everyone piled into their cars to get home before it got worse. Mercifully, schools were closed.

I was one of those people in a Cary. It took 2 hours and 15 minutes to drive a 7 mile round trip to Apex. Here’s a video I shot while stuck in the snarl.

If you were out driving, Wednesday was a pretty scary day. But for my money, Thursday was even scarier.

The morning dawned with a couple of inches os snow blanketing the neighborhood. 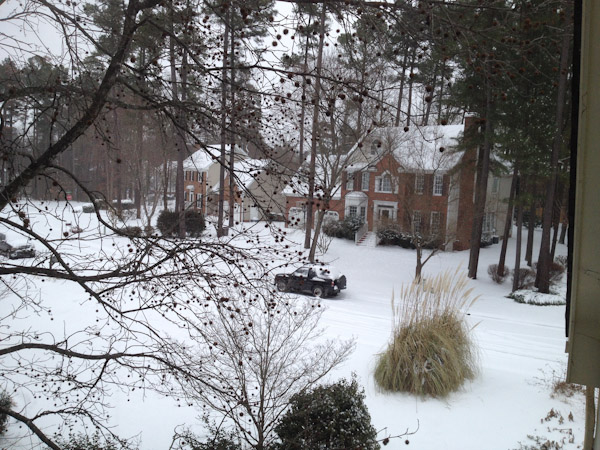 All morning, I watched the ice grow on the branches of the trees around my house. 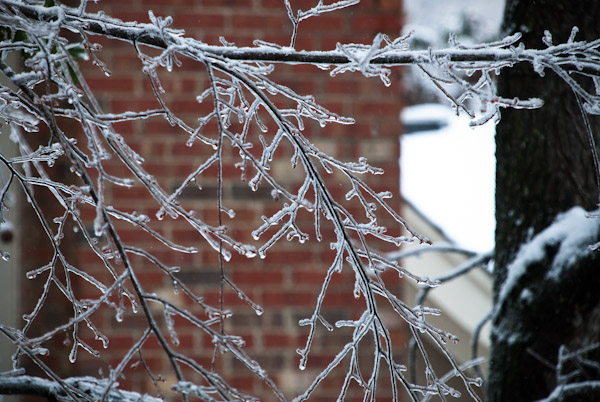 I sat glued to the power outage data feed from Progress/Duke Energy, watching the number of outages blossom across the Triangle. 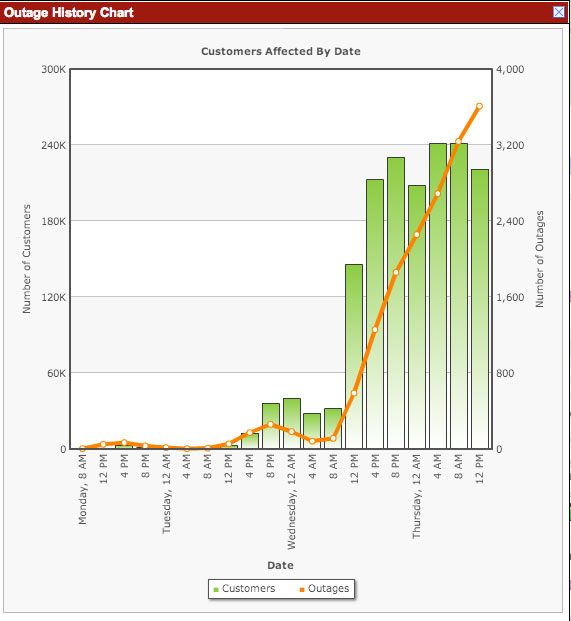 But by the afternoon, the weather turned and temperatures began to climb above freezing. Instead of branches falling from the sky, it was ice and water falling off the trees.

Friday morning saw the Goodtree family at NC State for a gymnastics competition. The roads were basically okay with just a few dicey spots.

By 10 AM, State was more a slushy mess than a winter wonderland. But no one objected to the warm air and sunshine. 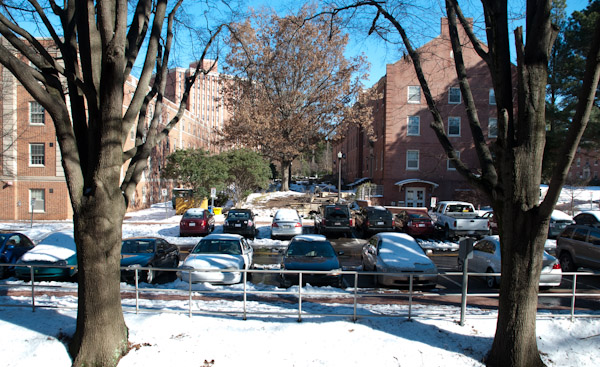 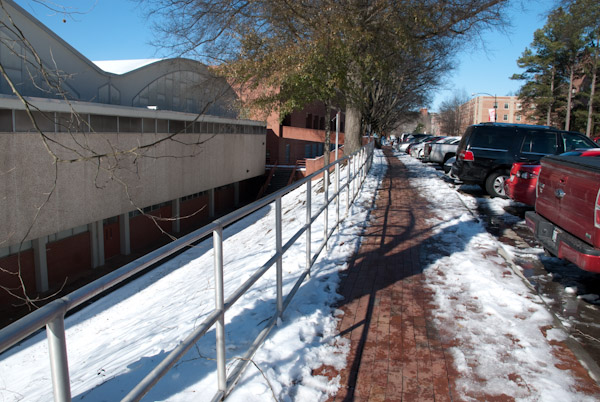 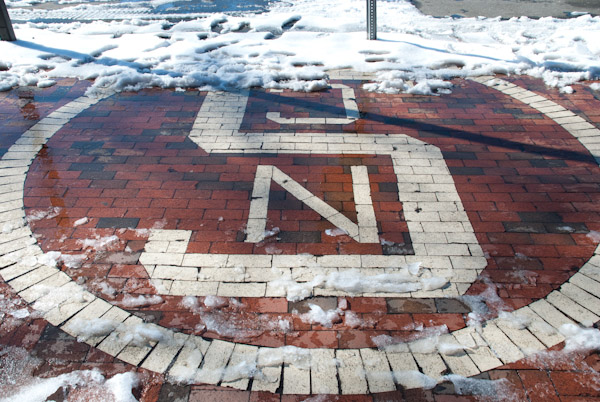 On Sunday afternoon, I took a walk in a light sweater around Bond Park. All that was left of Winter Storm Pax were a few soft patches of snow and a lot of mushy land. 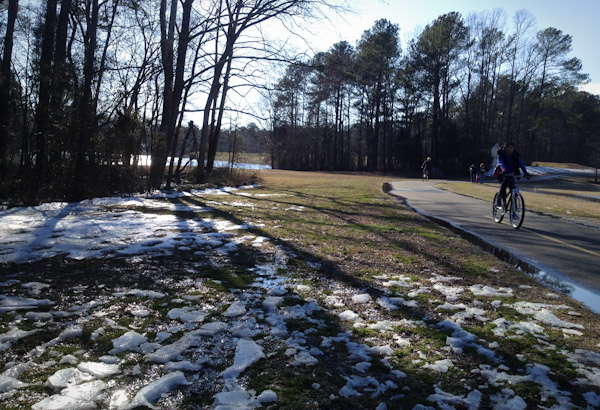 Hockey: Checkers at PNC Over Olympic Break
Scroll to top