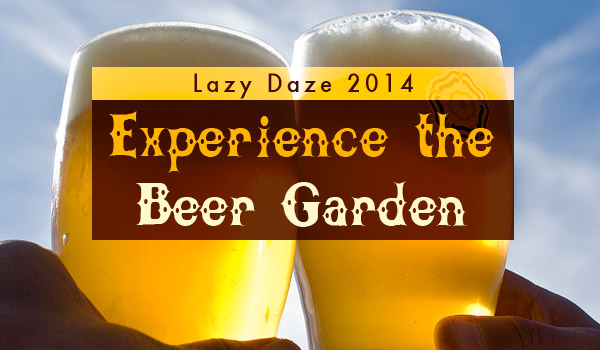 Cary, NC — Sister Cities of Cary is bringing some new twists to their presence at Lazy Daze, including a free German music concert on the eve of the event, an expanded beer garden, and a Dim Sum tasting later that evening.

Lazy Daze will take place in Downtown Cary on Saturday August 23, from 9:00am til 5:00pm, although people have been known to show up earlier.

Beer Garden Under the Trees Downtown

After speaking with Barbara Shepard, president of the Sisters Cities of Cary Association, CaryCitizen learned that the 40th Lazy Daze Festival will have an expanded beer garden located at the Ivey-Ellington-Waddell House on West Chatham.

The Beer Garden will include draft beer sales from local brewer Fortnight, as well as wine sold by downtown winemaker, Chatham Hill Winery. This location was a great success at the recent Food Truck Rodeo and includes expanded seating and some shade. Patrons must consume within the boundaries of the garden–no wandering with open containers allowed.

In addition to the beer and wine, entertainment will be provided throughout the day from German bands who have flown over to Cary just for the occasion. Kiedrich, Schlangenbad, Obergladbach and Niedergladbach bands form a combined band of about 30 musicians from four towns in Germany. They come from the Rhine District area not far from Frankfurt, Germany. 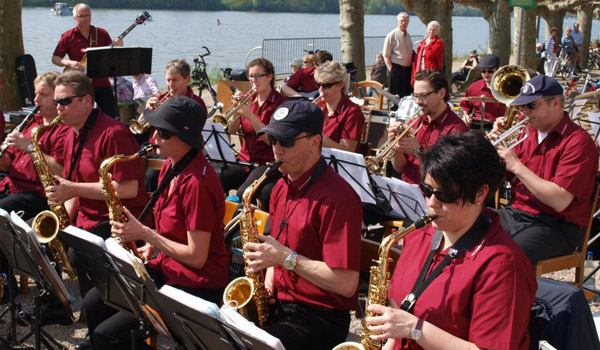 The Wake Tech culinary students will be selling their homemade brats again this year. This is a new twist and the closest Cary will get to an “Ocktoberfest.”

The two German bands are also playing a free concert at the Page-Walker on the eve of Lazy Daze, so if you are downtown Friday, August 22 from 7:00pm- 9:00pm, go check them out on the lawn behind the building.

Cool off in the shade after checking out some art, and have yourself some locally made libations.