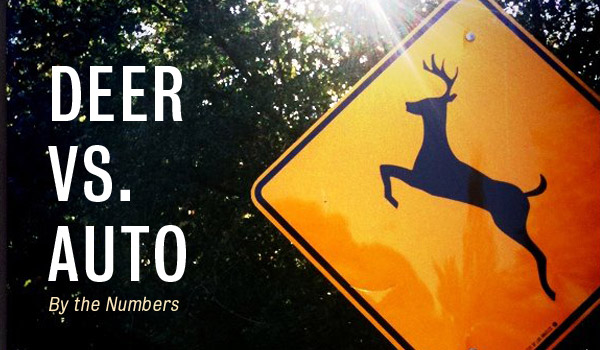 Cary, NC — With deer season among us, Wake County drivers can’t afford to be anything other than careful and alert during our evening commutes.

Fall and winter months mark the start of cooler temperatures, darker evenings, and a significant increase in the number of deer on our roadways. The beginning of hunting and mating season causes more deer to travel and cross the streets, especially around dawn and dusk.

This increase in traffic–combined with lowered visibility during sun-up and sun-down–can pose a deadly combination for both animals and drivers.

Last year, Wake County exceeded all other NC counties in the number of animal-related crashes for the 11th year in a row. This number, 1,135, is largely a result of our county’s high number of drivers and road usage as well as its decreasing amounts of wooded areas.

Gulliford County, the runner-up for animal-related accidents, only logged 620 crashes in 2013–just more than half of Wake County’s.

A N.C. Department of Transportation study shows that over the past three years, animal-related crashes have taken 18 lives, injured more than 3,400 drivers and passengers, and caused more than $149 million in damages.

Even a careful driver can be a victim of a deer-related car accident. The NC DOT suggests that drivers become educated on the following guidelines and facts so that, hopefully, we can decrease Wake County’s alarming statistics.