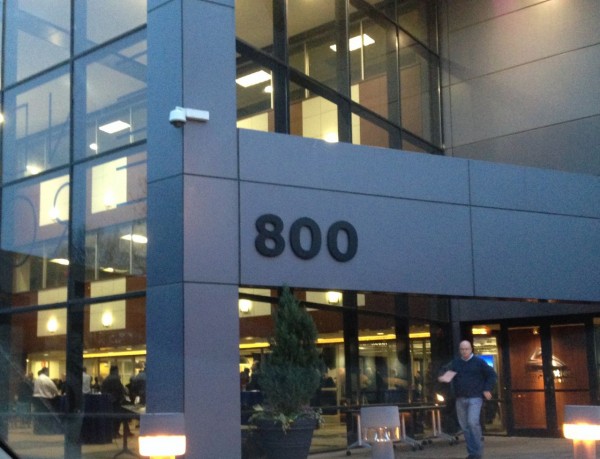 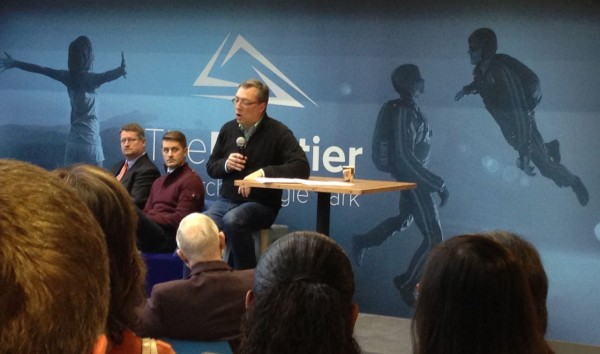 Bob Geolas, President of the RTP Foundation, addresses the crowd.

RTP, NC — On Thursday, January 15, 2015, the folks at the RTP Foundation held a launch party for the newest endeavor to hit the Research Triangle Park. It’s called The RTP Frontier.

Housed in the 800 building, formerly part of the IBM complex, The RTP Frontier is part American Underground, part HQ Raleigh, and part something uniquely its own.

Co-working is the latest buzz-word in office space and, in order to stay relevant, Research Triangle Park is changing with the times by offering its own take on what it means to co-work.

Building 800, formerly part of IBM, is the new location of The RTP Frontier.

Where is The Frontier?

The location is ideal. I traveled from Apex on the day that I visited, and a quick hop on I-540 had me parked and in the door in less than 20 minutes. The building is at the top of Davis Drive–close to Durham and not far from Cary and Morrisville with an easy ride into Raleigh.

The actual address is 800 Offices Drive, and the location is surrounded by IBM buildings. The Frontier itself occupies the ground floor with a spacious, open floor plan, and the third floor has 50 office spaces for lease. The second floor is un-occupied for the time being. 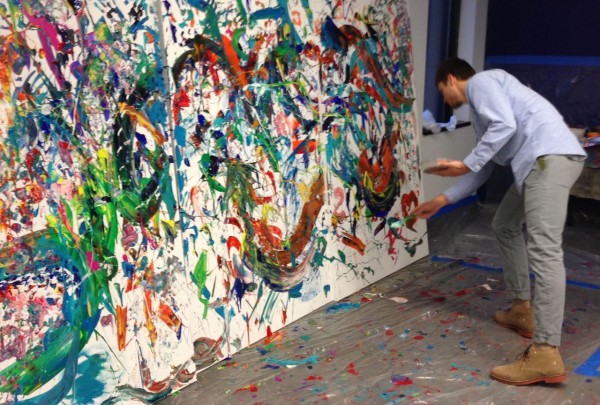 Visitors participated in creating an art wall for the building.

The launch was fun, complete with free beer and self-guided tours of the space. Visitors could test-drive an Elf electric bike-car hybrid, slap some paint on an art wall, and participate in a Twitter scavenger hunt (I actually won!). 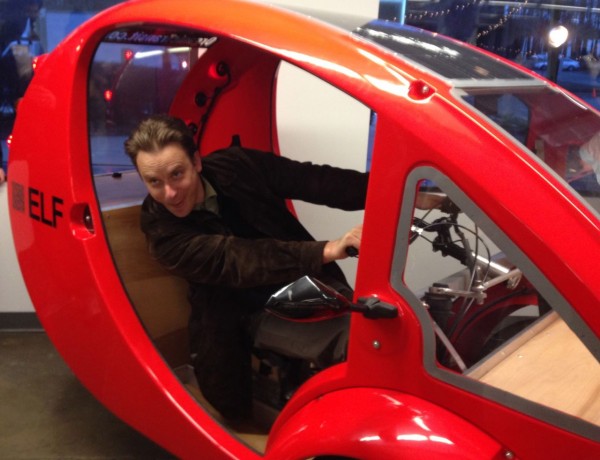 Visitors to the launch could test drive Elf hybrids.

At the launch, Bob Geolas, president and chief executive officer of the Research Triangle Foundation, spoke of the “next chapter” at the park. The Frontier is their first bold step.

The Foundation has unveiled plans (see earlier story) to add rail stops, housing, and mixed-use retail to the mix of land. It’s typically thought of as a huge college campus sized space with giant corporate headquarters buildings scattered across many acres. This “next chapter” will help RTP stay current while the world is changing to appeal to younger employees who increasingly seek vibrant, urban places to work.

Entrepreneurs are also seeking spaces where they can easily collaborate with others in non-structured spaces, such as those that have popped up in Durham’s American Tobacco campus and in Raleigh’s Hub. Heck, Cary is working on getting into the co-working scene too.

Interestingly enough, Adam Klein from the American Underground was on hand to explain that, they too, have an outpost here at the Frontier in the form of an open conference room on the main floor.

What can you expect if you visit the Frontier? 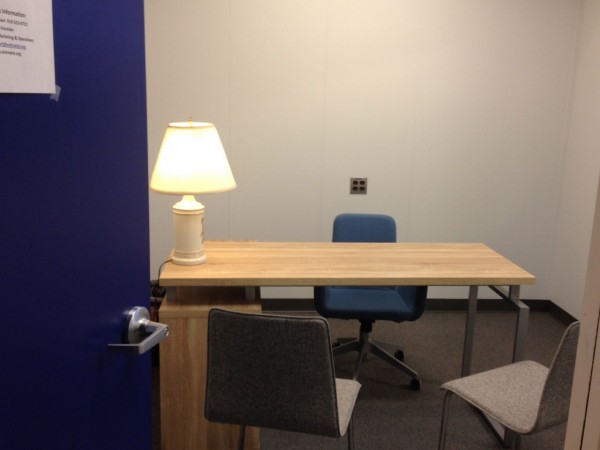 A typical office on the second floor at the Frontier.

There is open space on the first floor–available to anyone–and free wifi throughout the building. The space has comfy couches and meeting areas where one could “camp out” to work all day. There is meeting space available to rent, and some space is simply first come-first-serve.

Upstairs, on the third floor, there are 50 offices that are leased starting as low as $200/month. But, beware–none of them have windows. The spaces range in size from a one person space to rooms that can accommodate four or five employees. The third floor also has an open use conference room, a meeting space called “The Bridge,” and a break room with a fridge, a microwave, tables, and chairs.

These communal spaces are free for lessees.

The space is managed by two team members–Anna Rhyne, programs manager, and Jacob Newbauer, community coordinator. If you are interested in space or in planning an event, they are the people to talk to. We look forward to visiting the space and perhaps logging a few hours on their free wifi in the near future! 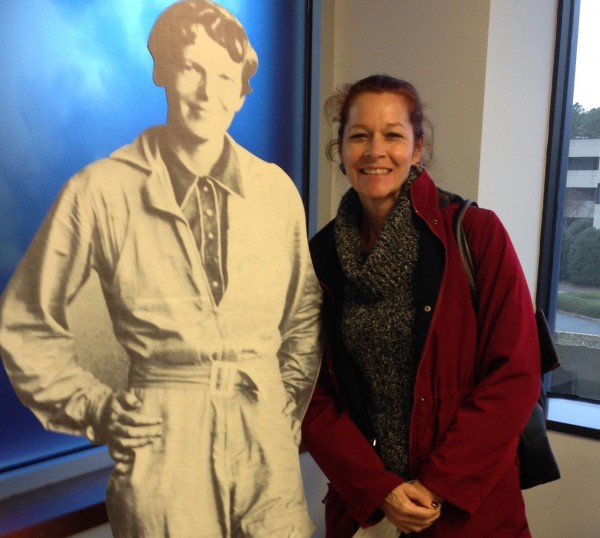 I participated in the Twitter scavenger hunt, and Amelia Earhart was one of the clues.