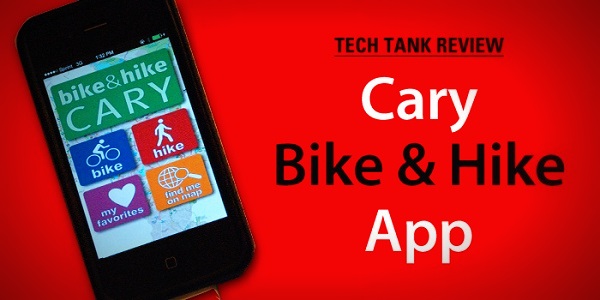 Cary, NC — On January 12, 2015, the Town of Cary released a new municipal mobile application, the Cary Bike & Hike App. Technology Tank undertook a survey to get user feedback on the new app.

Our pool of reviewers came from TechTank (TT) Fellows as well as interested readers of the Tech Tank Journal, so we can assume that the reviewers were more techie than the general app using public. Of those asked, the respondents all turned out to be male and were fairly evenly split between Android and iOS users. Most of the reviewers took 15-30 minutes to review the app and a few took more than an hour.

All our respondents are Cary residents. Some are avid users of Cary greenways, others occasional or infrequent users.

The respondent skew toward technology-types probably devalued the actual impact of design (or lack thereof). 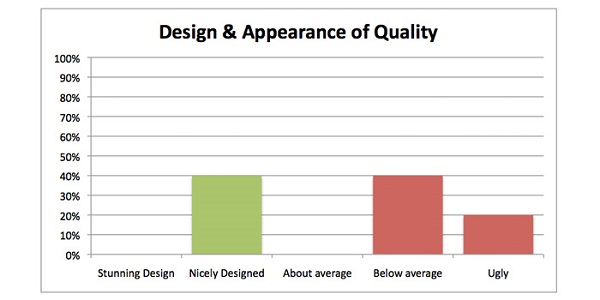 Most respondents found navigation and using the app to be confusing. 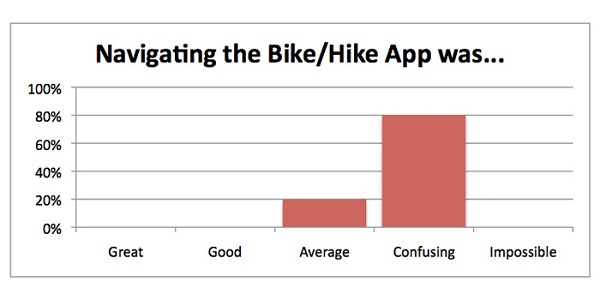 On the plus side, the majority of our respondents found the geo-location capabilities of the app to be good. Geo-location is the ability of the app to know where you (the user) is located to make it possible to show nearby trails and give directions. 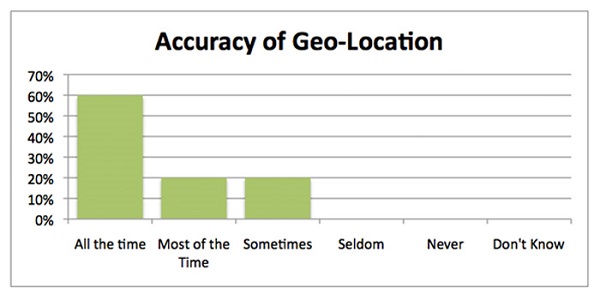 On the negative side, all our survey respondents thought the directions from user location to trailhead were inaccurate. 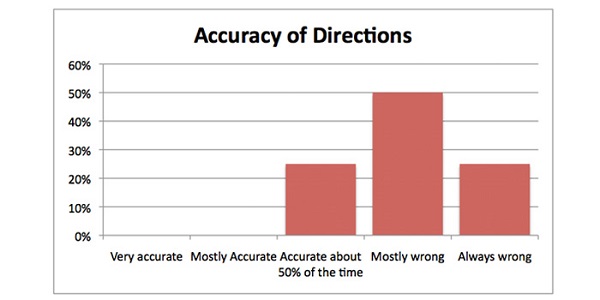 Tech Tank believes that lack of accuracy in user-to-trail directions is a fatal flaw in Cary’s Bike & Hike App.

Keep It On Your Phone?

The proof of a good app is if people will keep it on their phone and in this case, all of our reviewers chose the emphatic “definitely not.” 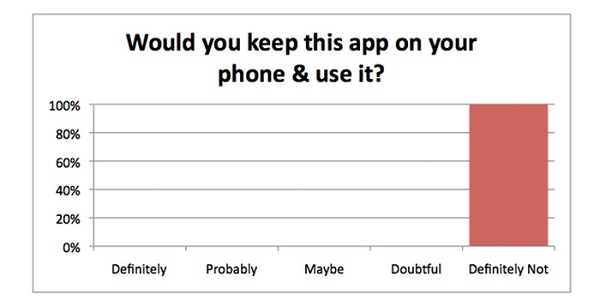 Most users of mobile devices actively engage with less than a dozen apps. These include phone, text, music, email, maps and the camera. The bar is set high on building a useful app.

Studies show that mobile users spend 1-2 minutes deciding whether or not to keep an app. Our reviewers spent a much more generous amount of time, but none felt they would keep the app.

In addition to the survey, we have heard from many citizens about the release of Cary’s Bike & Hike App. Much of the feedback has been unfavorable.

Several citizens have asked why the Town would commission the app when there was already the very successful RGreenway regional trails app. Others have observed that a local supplier would have the advantage of more extensive testing than a developer in Bellevue, WA.

If you are interested, you can take the survey.

Visit Town of Cary and follow the links to download the Cary Bike & Hike App for yourself (available for iPhone and Android).

Let us know what you think!

Story and photo by Ian Henshaw. Hal Goodtree and Ian Cillay also contributed to this story.
Disclosure – Tech Tank was a bidder for the Town of Cary Bike & Hike App RFQ.