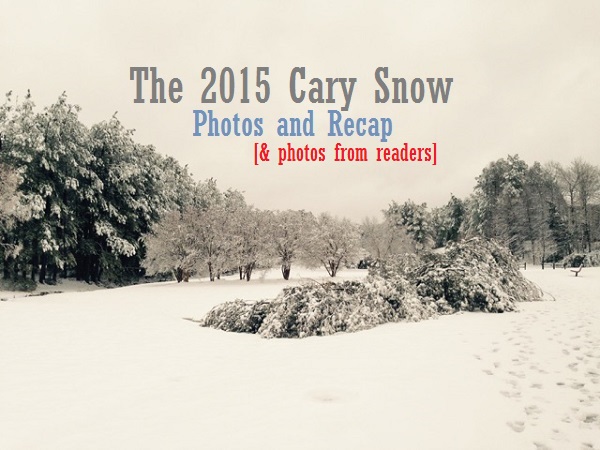 Cary, NC — Large, heavy snowflakes began to fall in the Triangle Wednesday, February 25, 2015. They didn’t stick at first but, by Thursday morning, Cary was a Winter Wonderland.

North Carolina, along with other southern states, usually sees the most snow in February. True to tradition, this year’s February snowfall will surely be remembered.

The activity started last week, when snowflakes began to fall on February 16, 2015 (starting late Monday night and continuing into Tuesday). The snowflakes were beautiful, quickly covering the roads, but, as soon as the snow started, it was followed by freezing rain.

The result? Icy, hazardous road conditions, delays, closings and cancellations in schools and workplaces throughout the community, and less-than-optimal playing conditions–it’s hard to build a snowman with a thin layer of ice-covered snow.

Cary roads were clear by mid-week, but many other roads in Wake County stayed icy until just before the weekend. Since I live 25 minutes away from Cary, I worked from home most of the week but was back at work by Friday. By the weekend, snow was nowhere to be seen.

Tuesday, February 24, 2015 really threw the Triangle for a loop. I had an early-morning appointment that day and, when I walked out the door at 7 am, I was surprised to see the roads covered in snow. Along with many other working adults, I went to work as planned but, by mid-day, roads were backed up with commuters trying to get home.

Students in Wake and other surrounding counties were already on school buses when the call was made that school was canceled for the day. Interestingly enough, since buses had already been deployed, Tuesday does not require a make-up day. The other days will be made up later.

Tuesday’s snow was a surprise, but the huge snowfall predicted to hit the Triangle Wednesday night had grocery stores packed with people stocking up and preparing to be snowed in. Snow-lovers weren’t disappointed. A deep, powdery snow (that was at least five inches deep where I live) provided optimal snowman making, snow cream eating, and sledding for many families across the Triangle.

Impending snow make-up days, hazardous roads, canceled meetings, and the stress of rescheduling plans around work and kids…it’s no secret that this month’s wintry mix caused tension for much of the Triangle. 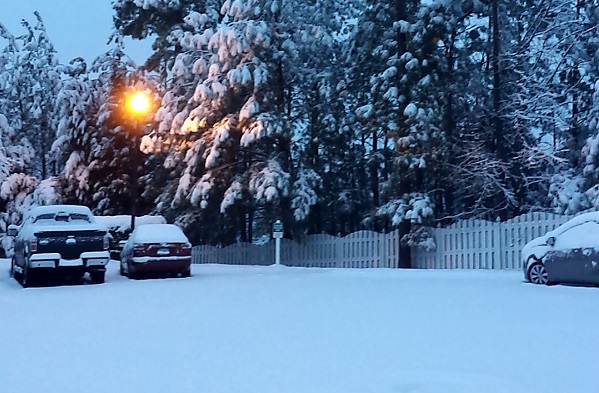 But, when I walked outside Thursday morning to this striking view, I couldn’t help but feel calm. Enjoy these photos, taken in Cary and Raleigh, of this year’s snowfall. 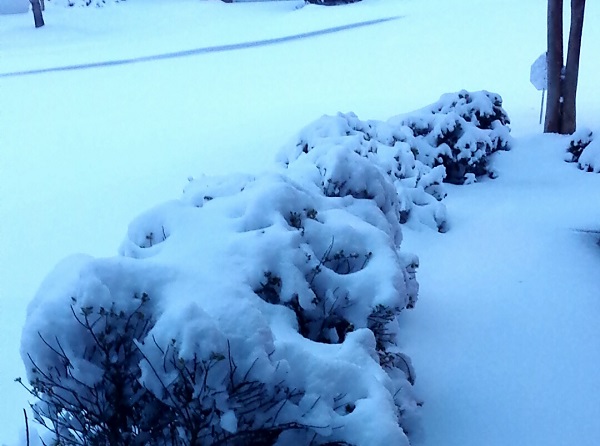 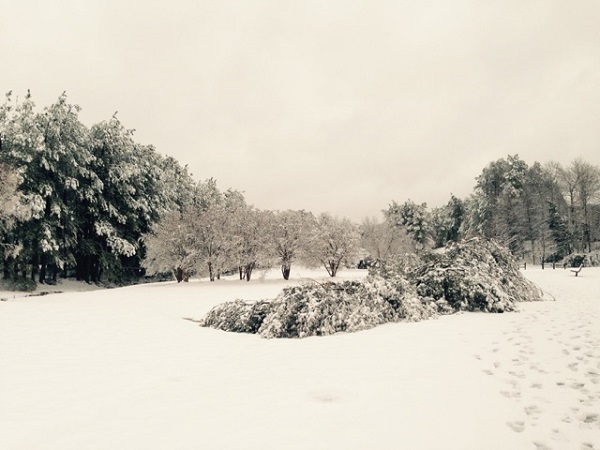 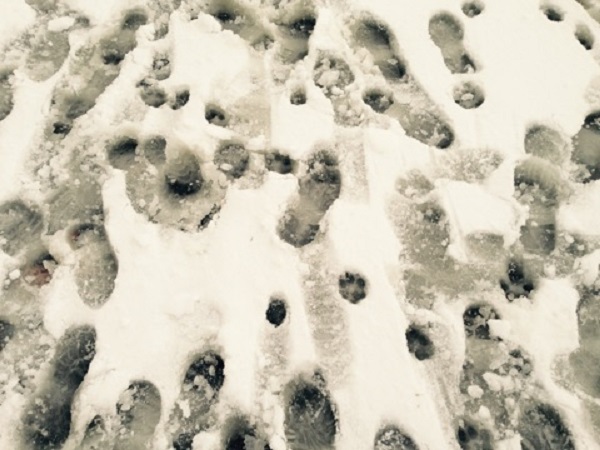 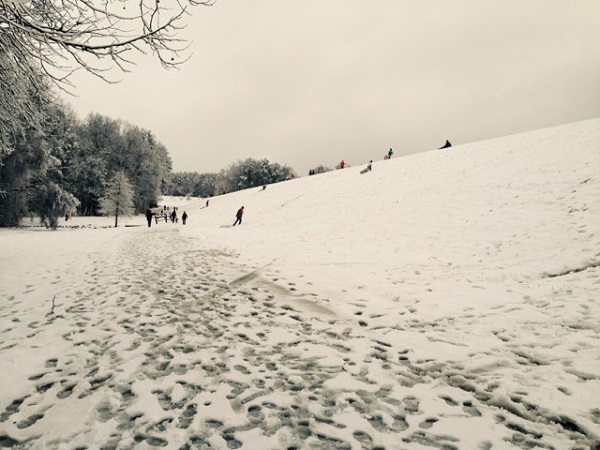 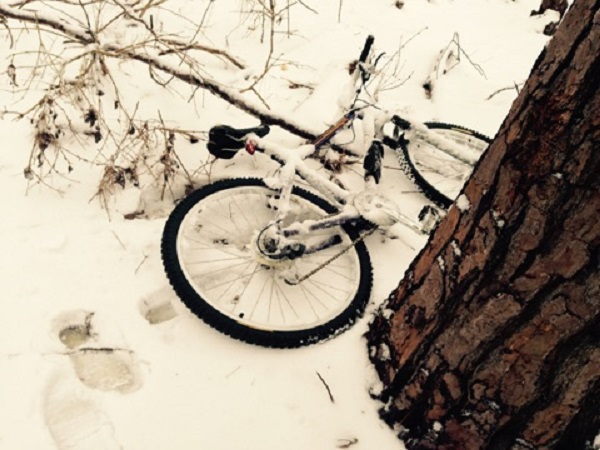 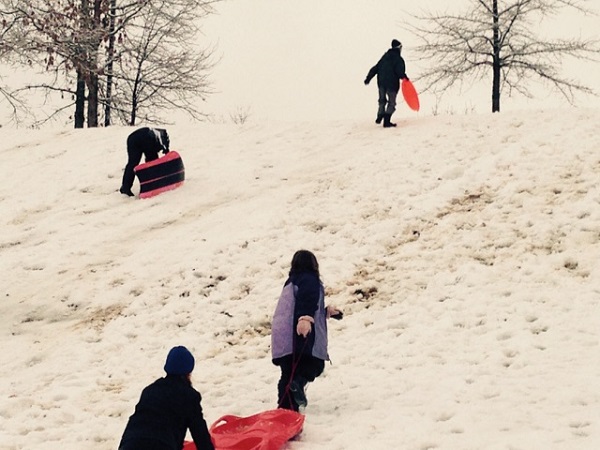 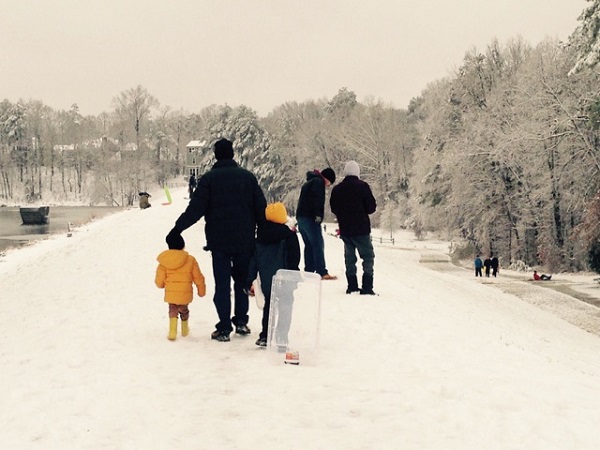 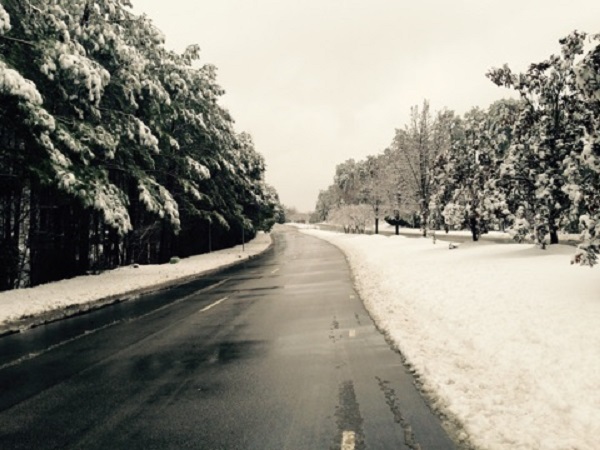 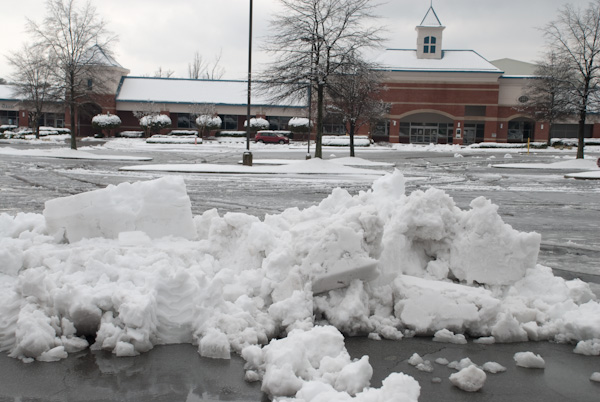 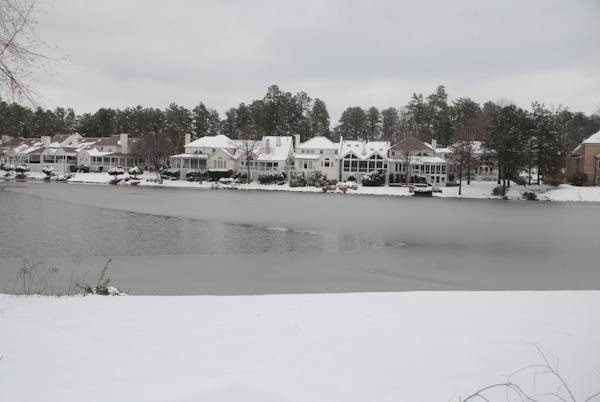 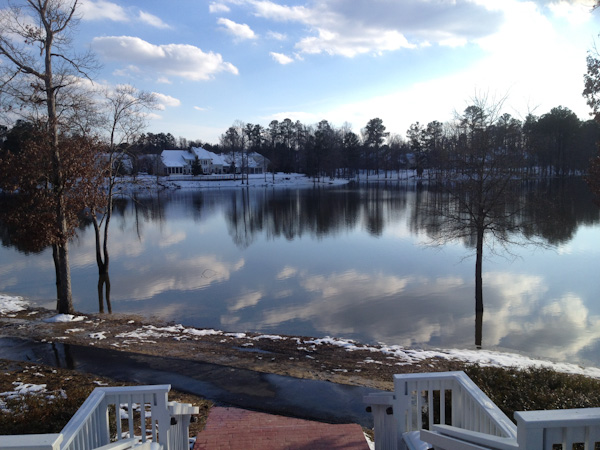 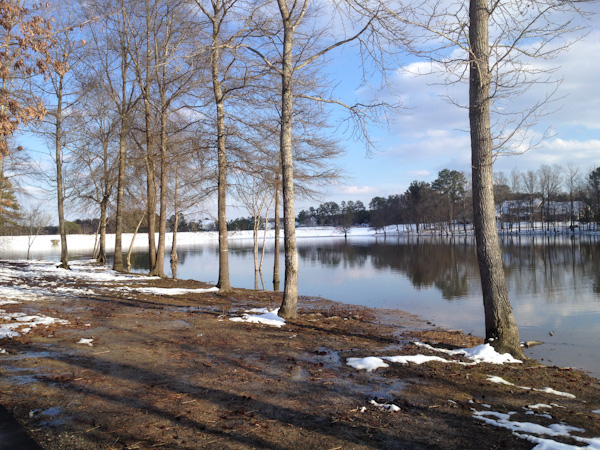 Thank you to all our readers who shared photos with us on Facebook. We’re sorry that we couldn’t share them all! 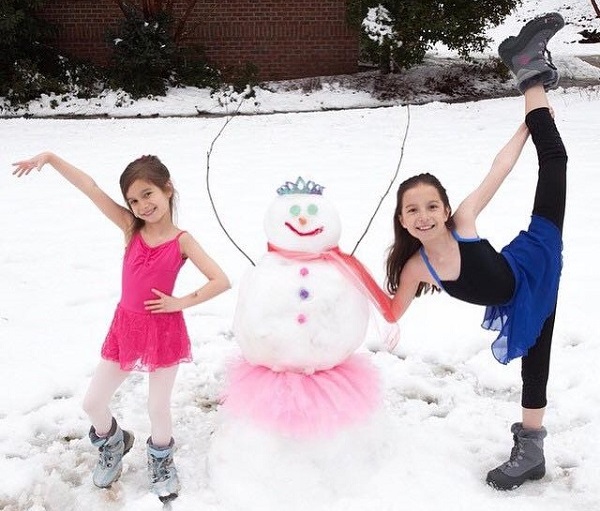 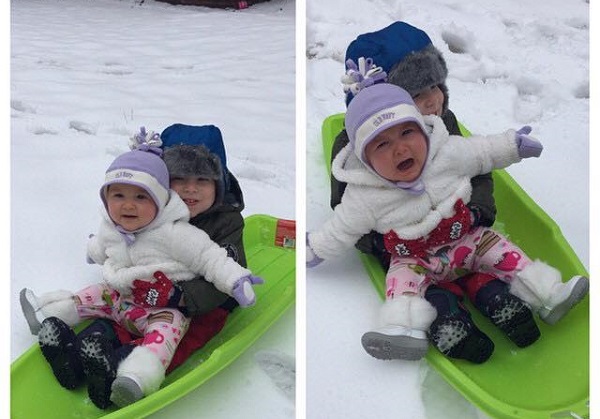 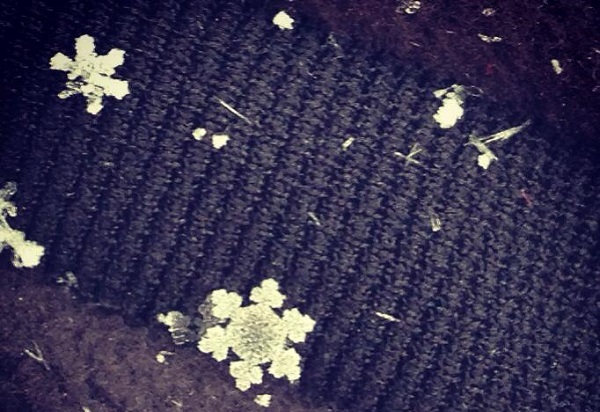 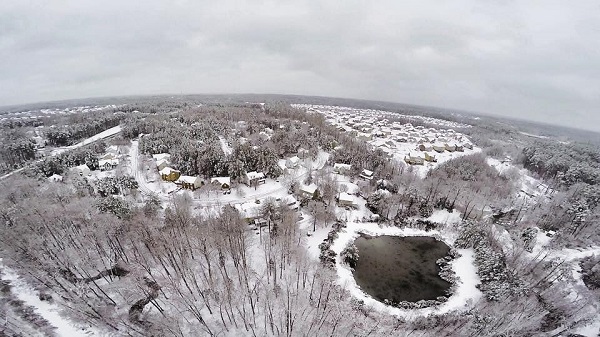 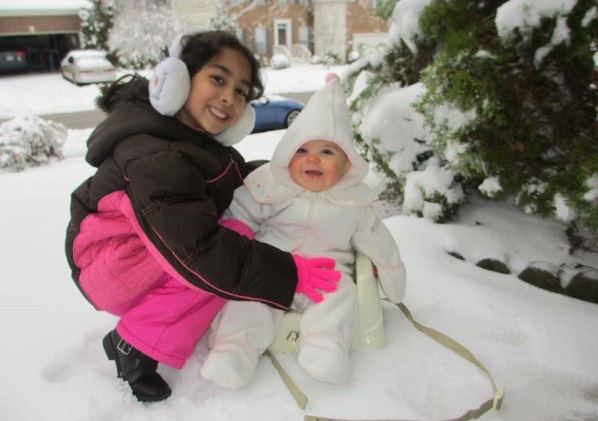 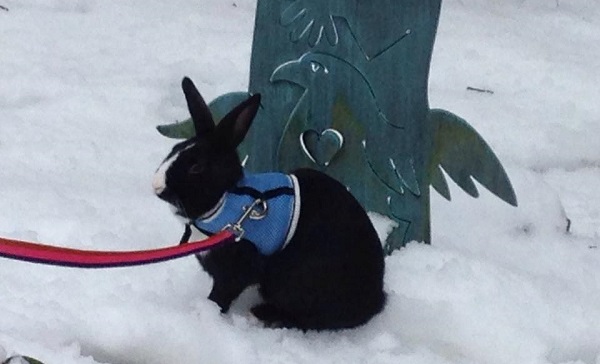 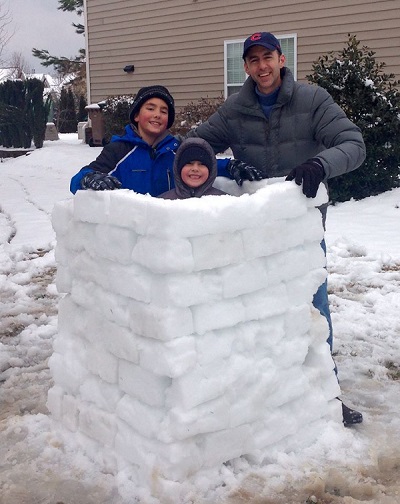 Brick by brick by Laurel Walther

Story by Jessica Patrick. Photos by CaryCitizen staff and readers.