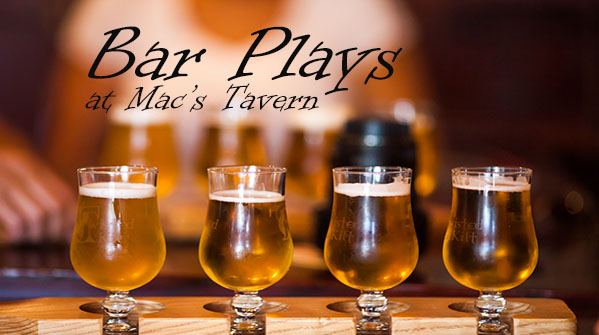 Cary, NC — Next week, September 9-10, 2015, the Cary Playwrights’ Forum will perform quality theater with a new twist – they’ll use the bar at Cary’s Mac’s Tavern as their stage.

Next week, on Wednesday and Thursday, the patrons at Mac’s Tavern in Cary will be treated to immersive, pop-up theater from the actors of the Cary Playwrights’ Forum. Two nights of five short, fun plays will start at 8 pm with the bar at Mac’s as the backdrop.

I talked to Thom Haynes from the Cary Playwrights’ Forum to find out more.

“This is an experiment – it’s new and we’ve never done it before,” Haynes explained to me.

Haynes is a member, director and actor in the Cary Playwrights’ Forum – check out our article about them from 2012 if you want to learn more about what they do.

Haynes, along with four other actors, will each be directing a play in a series of five productions that will surprise the diners at Mac’s Tavern next Wednesday and Thursday. “Many of the people in the bar won’t know who the actors are until the plays begin,” Haynes explained.

The actors will be sitting around, blending in like normal customers, before the shows start. That’s one of the key elements of the Bar Plays – making art and dramatics part of a regular, everyday environment. Of course, if you’re reading this, you don’t have to be surprised.

I’ll be there on Wednesday night to get a glass of wine specifically to see the plays.

Just because these plays are pop-ups doesn’t mean that they weren’t carefully rehearsed.

The Cary Playwrights’ have worked hard, just like for any other play, to select a neat story, memorize their lines and rehearse. A guitarist will introduce each play with a song before the actors start their performances. I don’t want to give too much away about the plays, but they all sound fun. One play, for example, will be about a blind date gone bad.

Another will show the story of two “cougars” prowling for younger men.

And guess what? They all take place in a bar.

Each night, five short plays (5-10 minutes) will be performed with a brief break between each. Admission is a donation at the door. 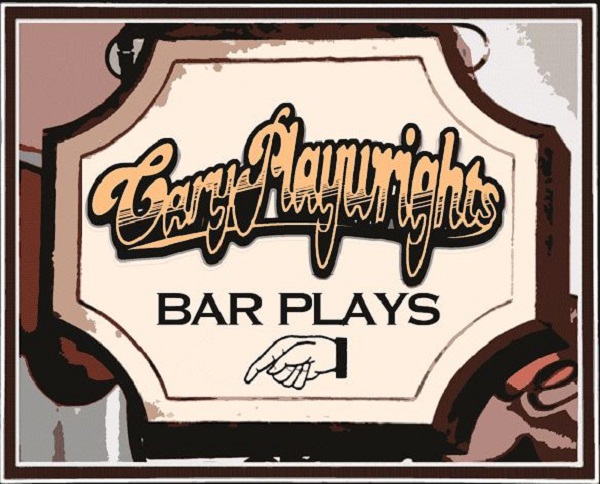 Keep Up with the Cary Playwrights’ Forum

The Cary Playwrights’ Forum plans to perform their Bar Plays at SparkCon in Downtown Raleigh September 17-20, 2015. Monitor their website for updates.