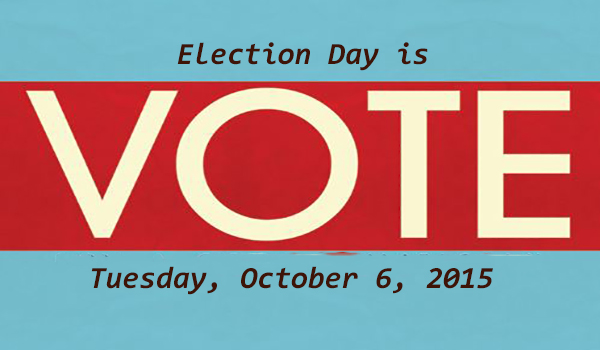 It’s not too late to vote early – check out our earlier story for all you need to know.

Vote on October 6 for Cary Candidates

This year’s election is a Town of Cary Municipal Election – which means that the candidates we’ll vote for next week live and work right here in Cary. They represent us and make decisions about our roads, developments and more. I can’t think of a better reason to vote this year.

You can read about all of the new and returning candidates in our Candidate 2015 series.

Mayor Harold Weinbrcht and at-large Council Member Lori Bush are running unopposed for reelection this year, so only two district races are competitive in Cary.

Four new candidates are running for the vacant District D seat on Cary Town Council. This seat, which represents the southwest portion of Cary, was formerly held by Gale Adcock, who is now representing Cary in the North Carolina General Assembly. 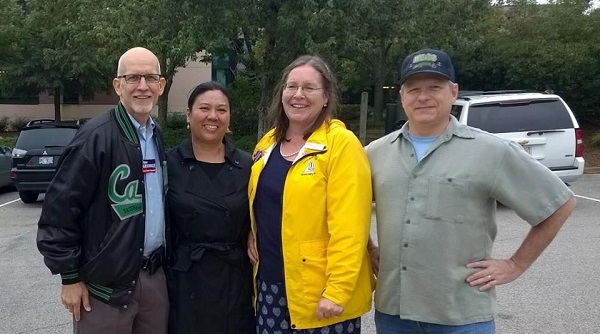 Candidates (from left) Ken George, Maria Cervania, Nancy Caggia and Gray Rinehart are running for the District D seat. We enjoyed getting to know them at the Heart of Cary Association’s Downtown Debates last week. Read their unedited answers to three questions to learn more about who they are and what they stand for.

The other competitive seat is District B, which represents Downtown Cary and its surrounding areas. Downtown Cary is currently undergoing a revitalization, or “renaissance,” and, because of that, the three contestants’ plans for downtown all differ quite drastically. In this year’s election, incumbent Don Frantz is being challenged by Frank Lazzaro and Gabe Talton.

Read about the three District B candidates in our unedited Candidate 2015 series.

Not sure which district you’re in? Use this Town of Cary resource. All you need to do is click your location on the map to see your polling place and who you’ll be voting for.

Here’s another resource to find similar information. If you’re not sure where to go on Election Day, the North Carolina Board of Elections provides the following online tool. Enter your name, date of birth and county to see your voter info, precinct and polling place location.

You will find a link to view your official sample ballot on that same page, too. This resource shows you what your ballot will look like and who you’ll be voting for.

Other Tips for Election Day

You are not required to show your voter card when you vote. Just in case, first-time voters are encouraged to bring a current form of identification that lists your name and residence address.

Curbside voting is available at every voting place for persons with disabilities.

For more information, visit the Wake County Board of Elections.

See you at the polls, citizens!

Prepare for Bad Weather in Cary
Scroll to top