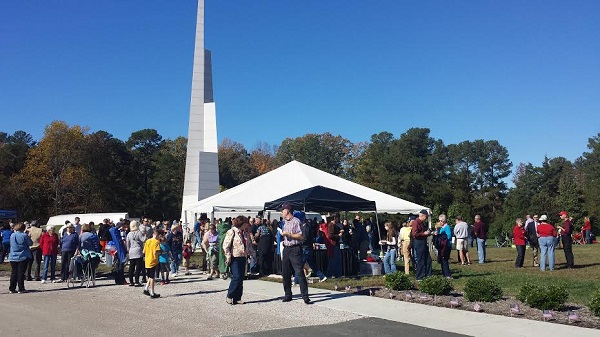 Cary, NC — After two rainy days, the sun made a brilliant display against a crisp, blue sky on Wednesday, November 11, 2015, as a crowd of Cary residents gathered for an hour of music and speeches to honor men and women who served our country.

The afternoon opened with patriotic music from the Old North State Brass Band. During the songs, veterans were asked to stand so the crowd could recognize them. 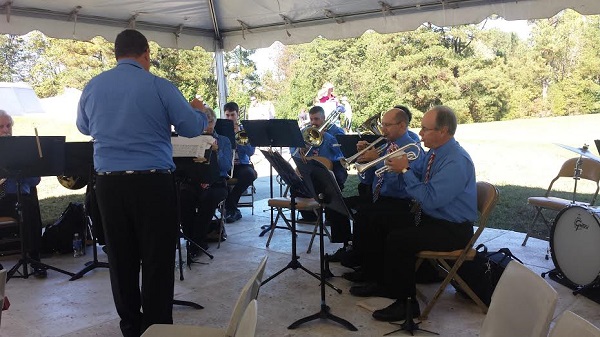 Spectators of all ages gathered around Cary’s Veterans Freedom Park for the one-hour event. 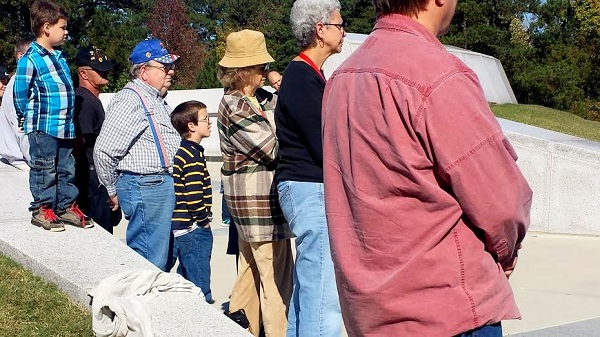 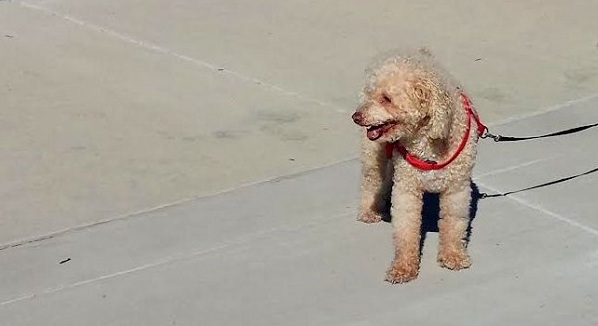 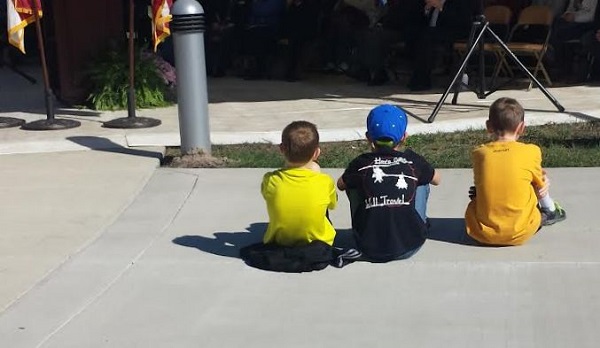 Councilmen Don Frantz, Ed Yerha and Jack Smith were at the event along with three special guest speakers. One of the speakers was Saskia Leary, who was born during the Dutch famine, and survived during World War II because of food and clothing drops.

In honor of Veterans Day, she told the crowd this family story.

Later, Dr. Dianne Jinwright told us about some of the many efforts of women who served in the armed forces. Dr. Jinwright retired from the US Air Force after serving 22 years and obtaining the rank of lieutenant colonel. She also represents American Legion Post 67 in Cary. 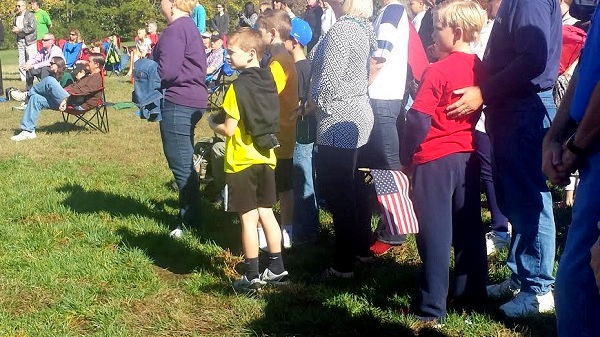 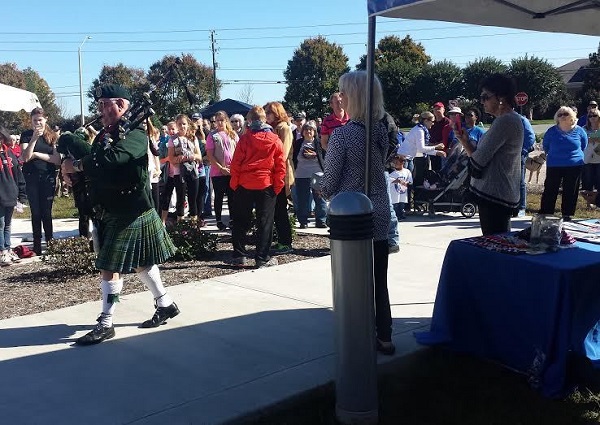 “Women chose to move outside the roles defined for them and serve alongside men, even if it meant that they had to disguise themselves as men” she said. She told us that, when she first arrived for duty in 1975, there was no housing dedicated for single female officers. 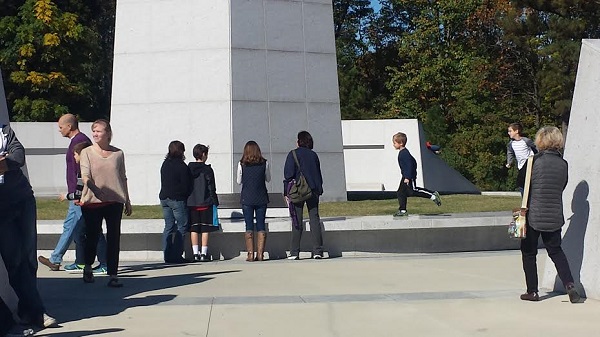 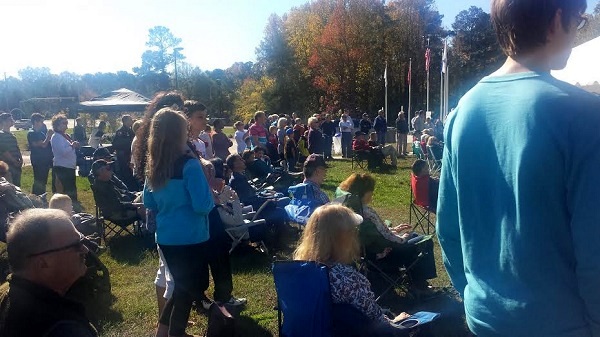 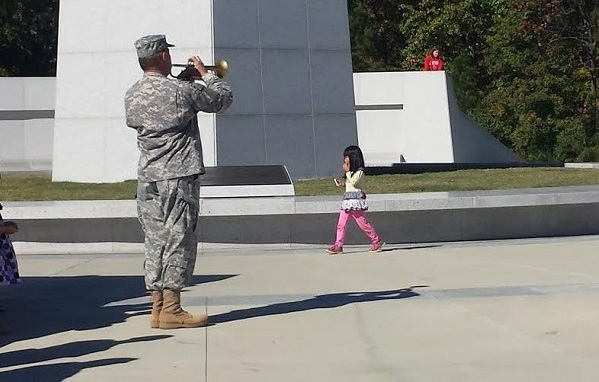 Toward the end of the event, we heard from Rear Admiral Steve Glass, a community activist who served on the Veterans Freedom Park Foundation Board of Directors. He was awarded the Navy and Marine Corps Distinguished Service Medal after retiring from the Navy in 1996.

Before the crowd departed for refreshments, Rear Admiral Glass reminded us of all we can do to help veterans. To start, we could thank the many who were present. 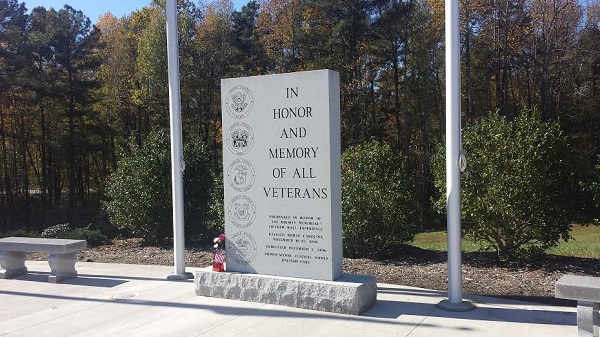