Cary, NC – On Wednesday, Macy’s announced that it was closing 36 stores across the country to trim expenses and improve the bottom line. On the list for closure: the Macy’s at Cary Towne Center.

Earnings from 2015 were deemed “disappointing” in a statement from the retailing giant explaining the cause of the closures.

Macy’s plans to slim down to 770 stores nationwide. Triangle shoppers can continue to enjoy the Macy’s shopping experience at Crabtree, Triangle Town Center and Southpoint.

The store in Cary occupies 107,000 square feet at Cary Towne Center and has been open since 1991. According to the retailer, 61 associates are impacted by the closure. Macy’s said in a statement that “associates displaced by store closings may be offered positions in nearby stores where possible. Eligible full-time and part-time associates who are laid off due to the store closings will be offered severance benefits.”

What’s Next for Cary Towne Center?

Just a year ago, in January of 2015, Sears pulled out of the mall. Now, with Macy’s closing, two anchor tenants are gone and the east end of the shopping center is going to get very quiet.

Several plans have been floated to repurpose or rejuvenate the space, but nothing definite is on the books.

Cary Towne Center is owned and managed by CBL & Associates in Chattanooga, TN. The company is one of the largest mall REITs in the country with 140 properties from coast to coast. 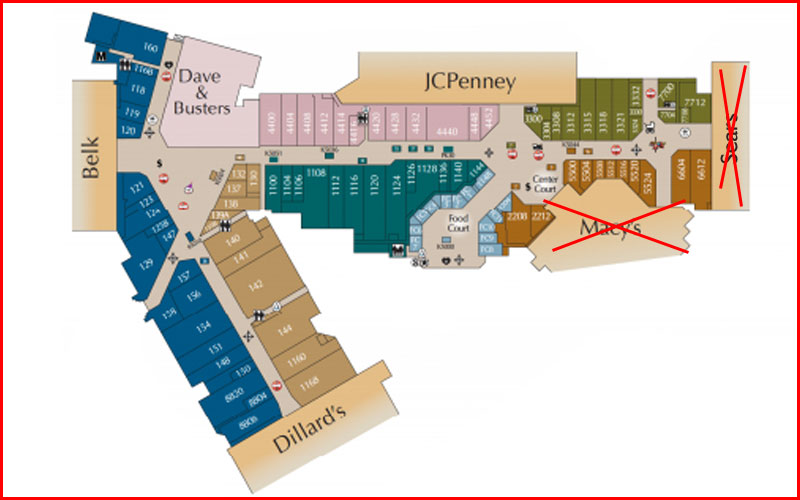 Get Those Clearance Items Now

If you have any cash left over from the holidays, you may want to head over to the mall next week. According to Macy’s, “final clearance sales at the following Macy’s stores closing in early 2016 will begin on Monday, Jan. 11 and run for between eight to 12 weeks.”

Guide to Spas in Cary