Cary, NC – Most of the attention this election season has been on the Senate, the Governor’s mansion and the White House but there is one issue on the ballot that is closer to home. At the polls, voters will get to make a decision on Wake County’s funding source for an expansion of mass transit.

What’s On the Ballot

In June 2016, the Wake County Board of Commissioners voted to adopt a recommended transit plan that saw the collaboration of CAMPO, various Chambers of Commerce, GoTriangle and more, including work by the Town of Cary and Cary Mayor Harold Weinbrecht.

The plan would, among other things, expand the number of bus routes and hours of operation and build a commuter rail to stretch from Garner to Durham.

Half of the plan would be paid for through a half-cent raise in Wake County’s sales tax and a $10 increase in vehicle registration fees. The federal government would pay for another 25 percent and the rest paid through debt financing, fares and more. At the polls, it is these raises people are voting on.

According to Joe Milazzo, executive director of the Regional Transportation Alliance, a business coalition representing various area Chambers of Commerce including the Cary Chamber, the transportation plan is necessary because the county is growing at a rate of more than 60 people per day.

“This is a rapid, flexible response to growth,” Milazzo said.

And Milazzo said by making the routes locally controlled, it can “turn the page” on congestion in the county.

CaryCitizen also reached out to the Wake County Taxpayers Association, a group campaigning against the transportation plan, but they did not respond to requests for an interview.

One of the criticisms of the funding plan is it raises money through a sales tax. Some consider sales tax to be a more regressive form of taxation because, as a flat tax, people with a lower income would pay a greater proportion of their earnings than someone with a median or higher income.

Milazzo said a sales tax is a reasonable way to fund transit because it can get people who use the transportation system but do not live in Wake County.

“Whether you live here or visit, you will buy goods so everyone gets the opportunity to fund the system,” Milazzo said. “Typically, transportation is funded through property tax and that’s okay but there are people who take advantage of our transit who do not live here and would not pay into it.”

Milazzo also said median income county residents pay 10 cents per day in sales tax, as opposed to those near the poverty line who pay five cents per day, according to Wake County data. And the sales tax increase would not affect medicine. 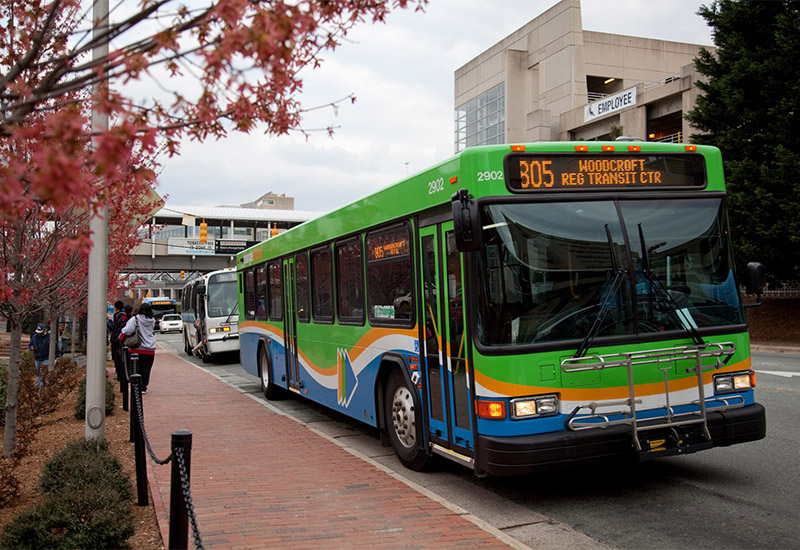 Story by Michael Papich. Photos courtesy of GoCary and GoTriangle.