Cary, NC – Every year, the Hemlock Bluffs does a controlled burn and looking for the right conditions means the timing can come down to the hour. So we got a rare opportunity to go to the nature preserve and see the burn first hand.

The prescribed burn at Hemlock Bluffs has been going on since 2012 as a way to clear leaf litter that is fuel for real forest fires. And once the prescribed burn starts, according to Operations and Program Supervisor Mark Johns, it burns down to the ground, which is fairly wet at the preserve.

“It also releases nutrients so it’s like a natural fertilizer,” Johns said.

The fire height only reaches, at most, one or two feet and Johns said they never find any dead wildlife afterwards; animals typically run away or burrow underground. There are also many thick-barked trees at the Bluffs that can resist the mild fires, plus there are trees such as long leaf pines that need these fires to thrive.

For the 2017 burn, it took a space of about two or three acres, which Johns said was abandoned farmland from the Great Depression. Now it’s state park land leased to the Town of Cary.

“You don’t get a lot of burns in the middle of a big town like this,” Johns said.

But these kinds of prescribed burns are a way of managing the natural resources in Cary, which Johns said was a factor in the Parks, Recreation and Cultural Resources department getting its Gold Award.

The spot for the burn was near Beechtree Cove in Hemlock Bluffs, conveniently located in between a number of trails that served as a barrier for the fire, around noon on Wednesday, February 1, 2017. 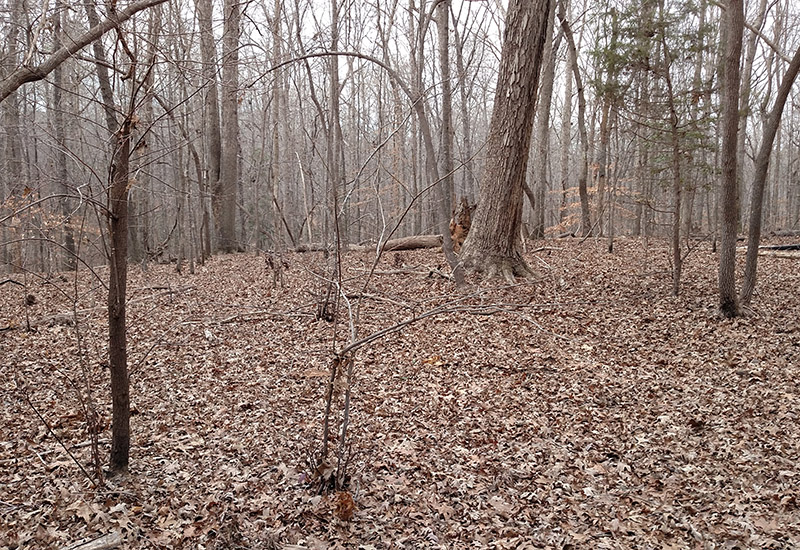 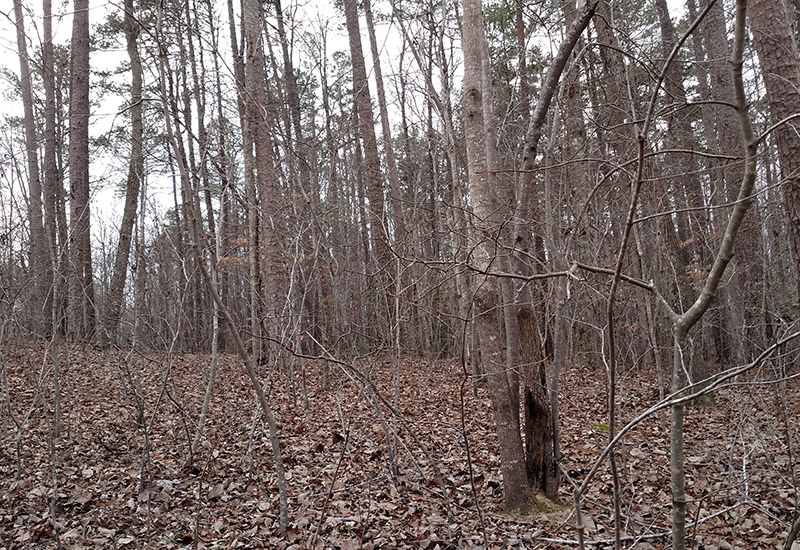 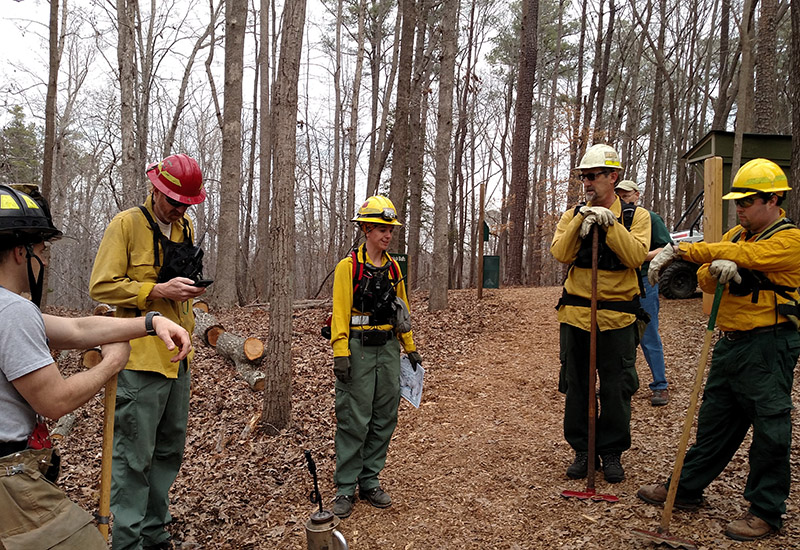 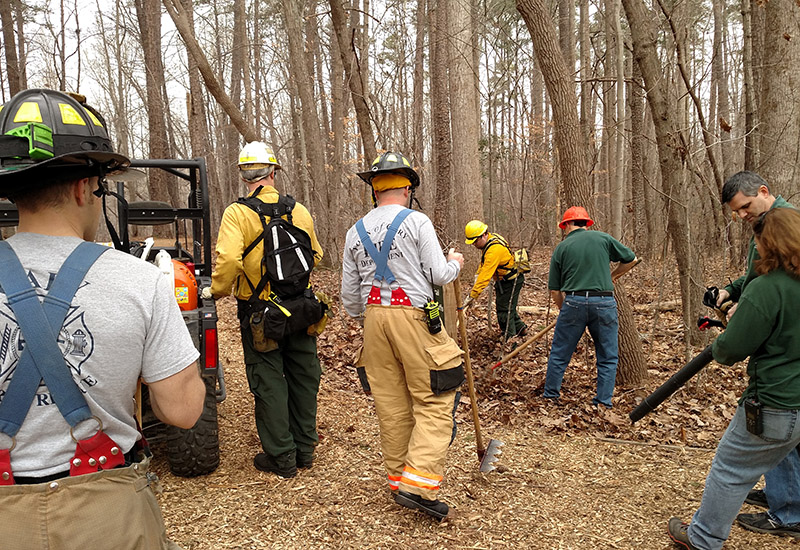 While the trail would make it hard for the fire to spread, the team also cleared leaf litter from the edge of the trail with rakes and blowers. 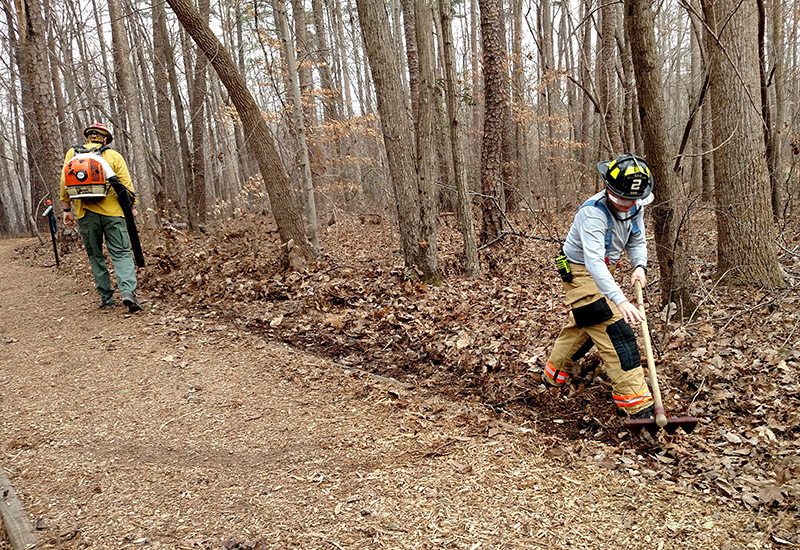 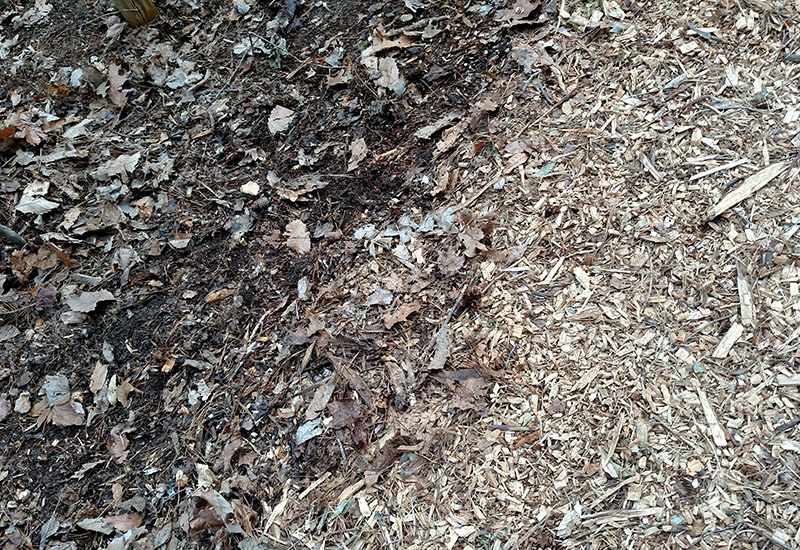 Then, the first fire is lit. 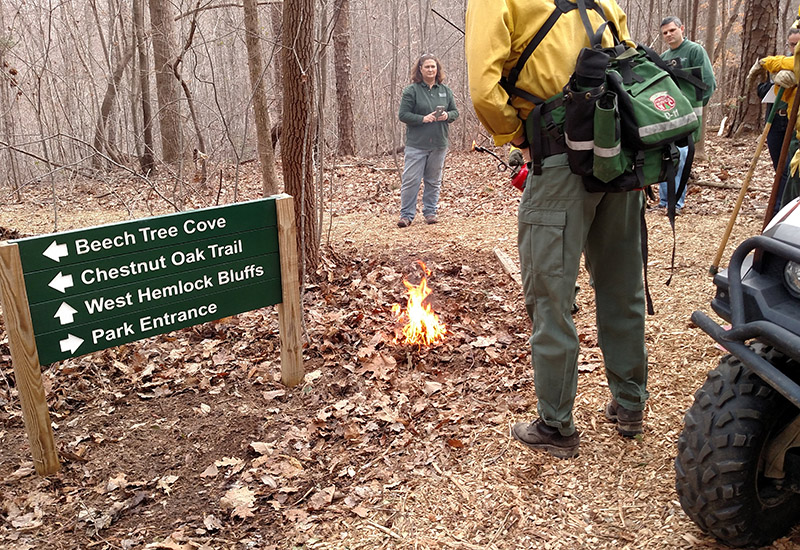 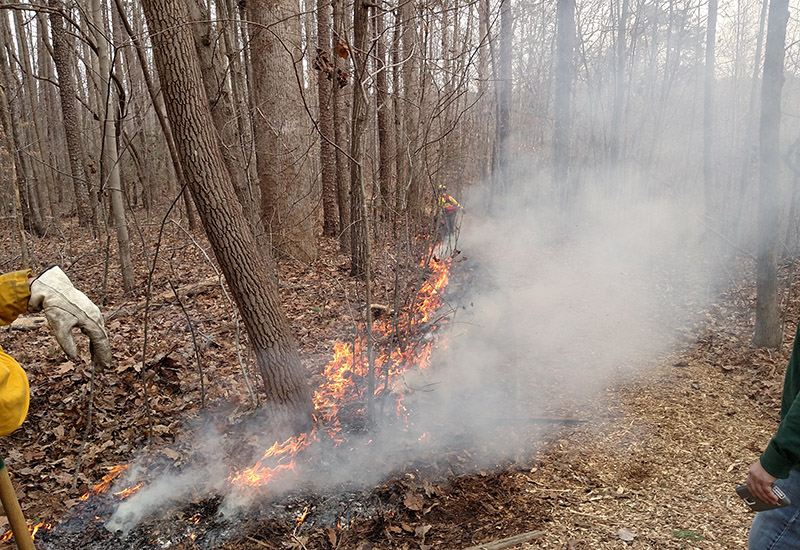 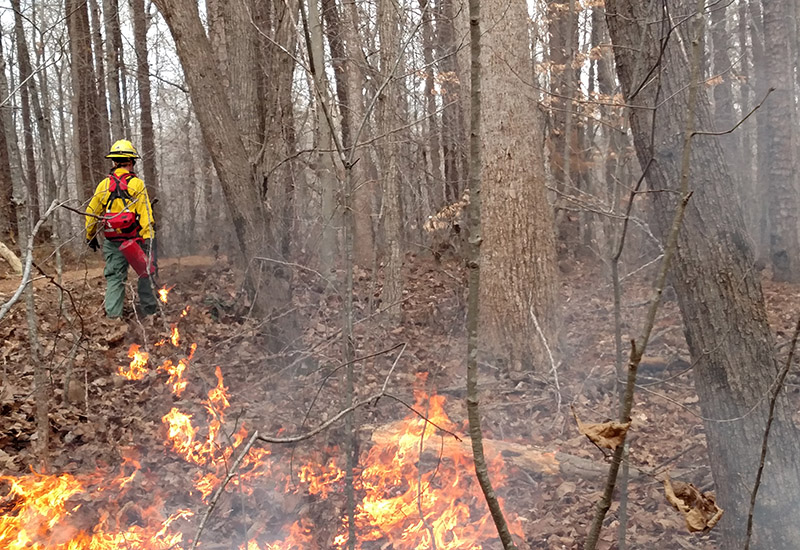 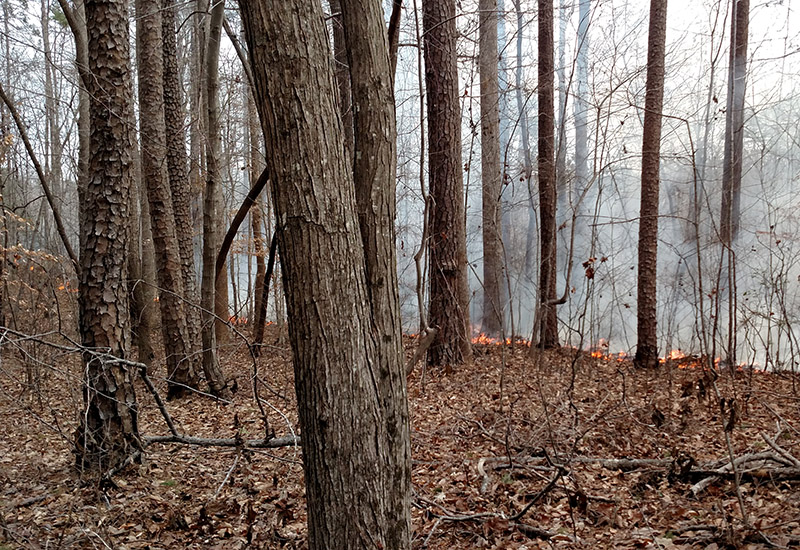 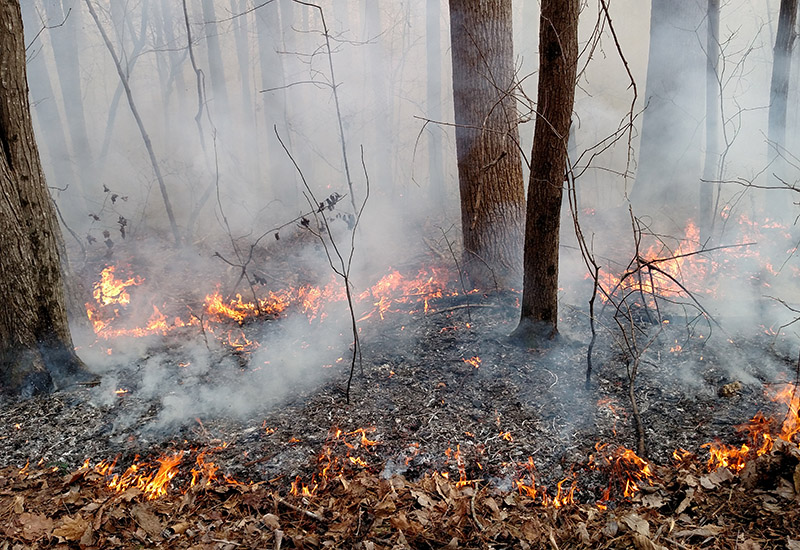 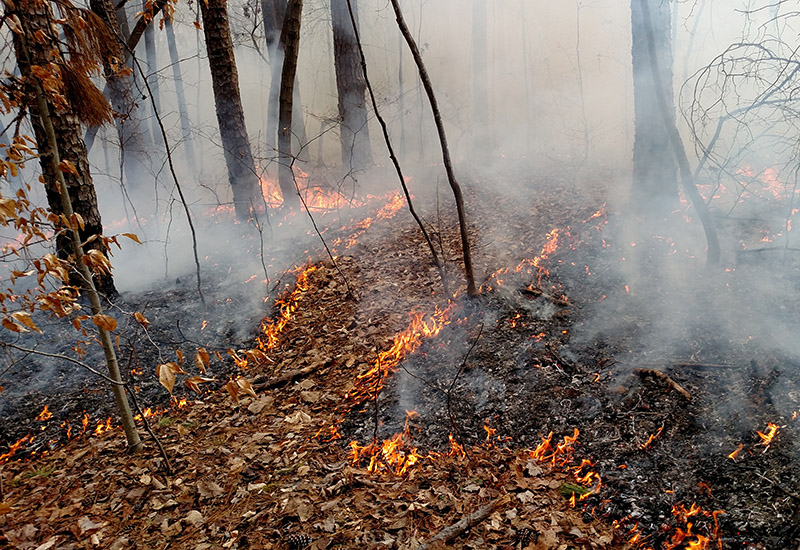 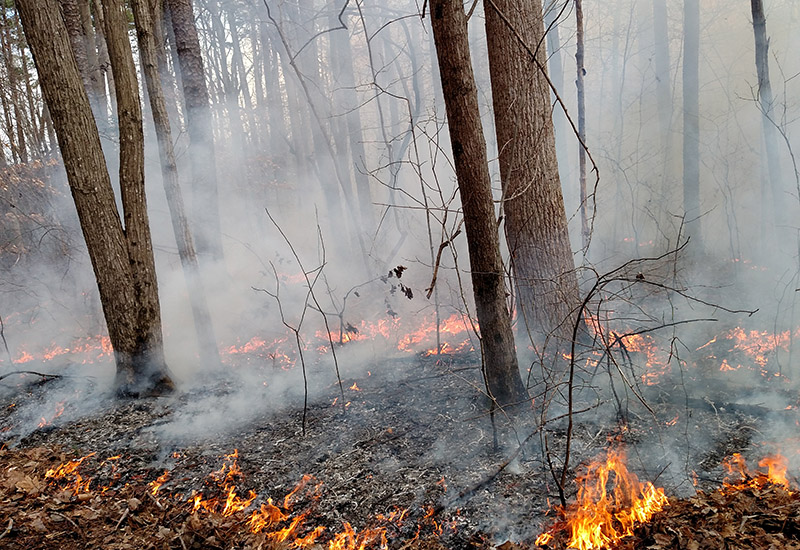 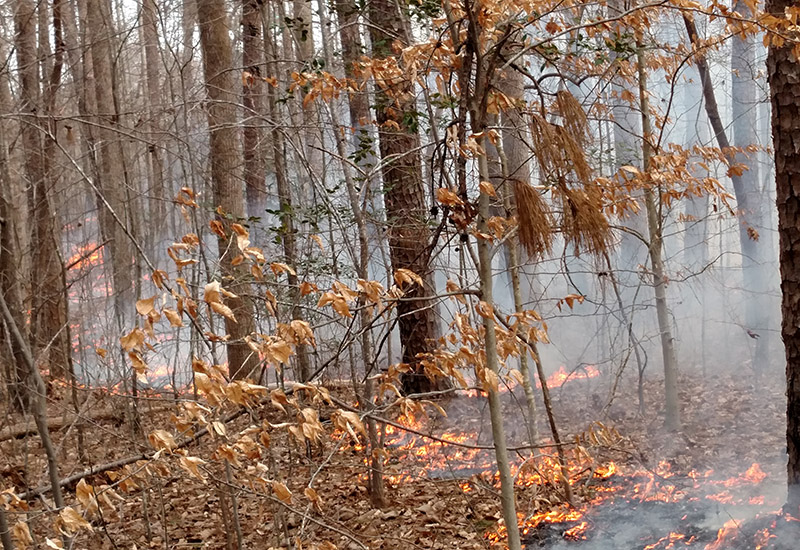 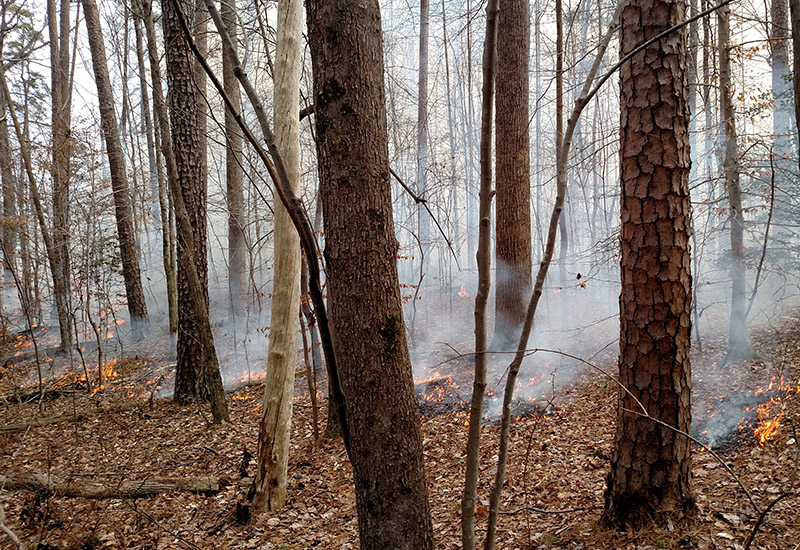 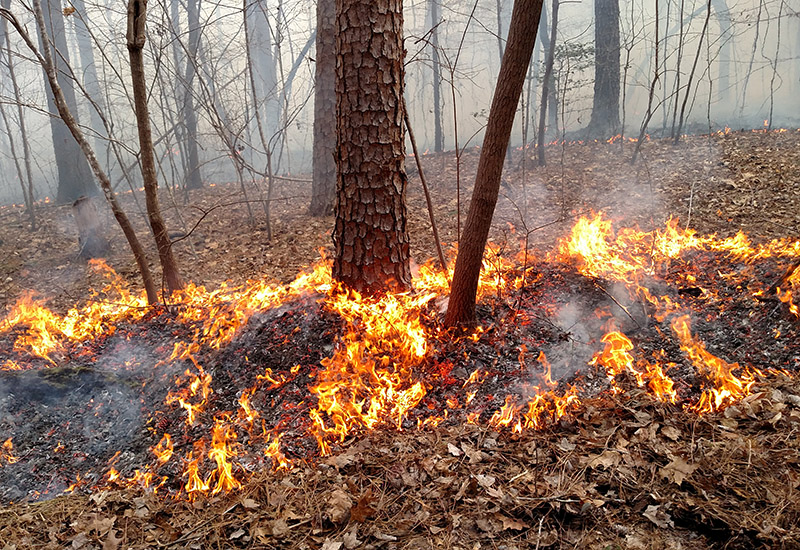 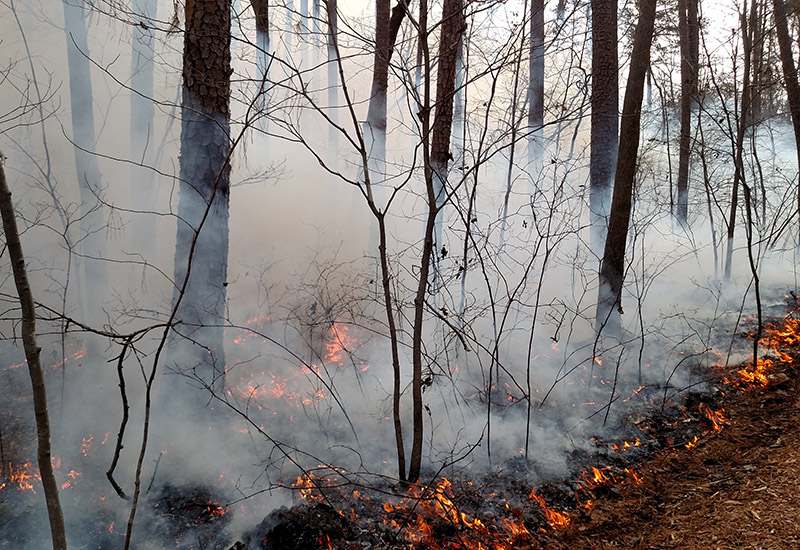 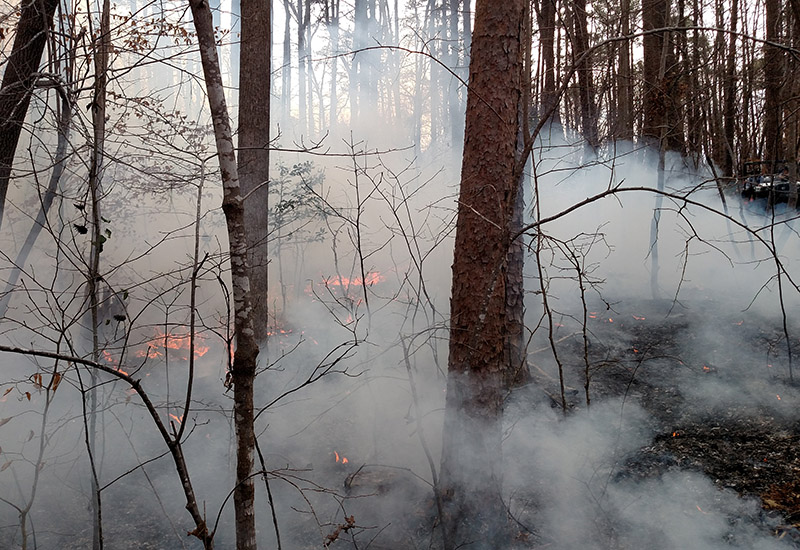 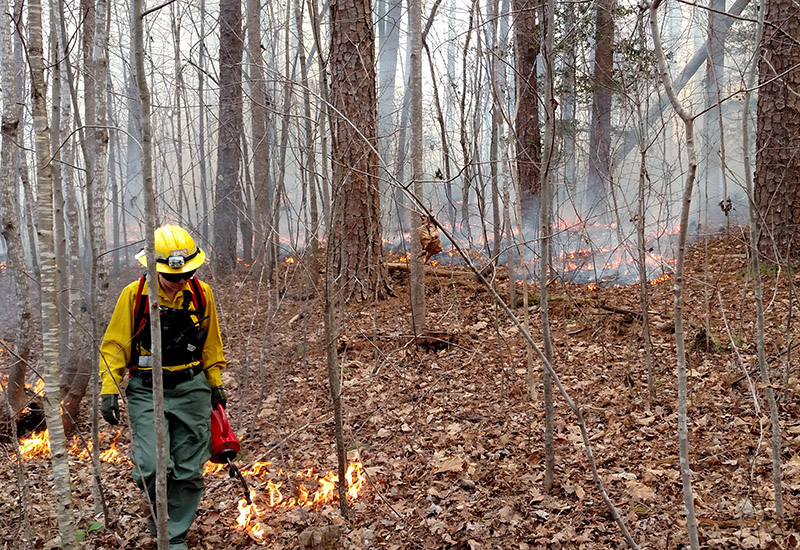 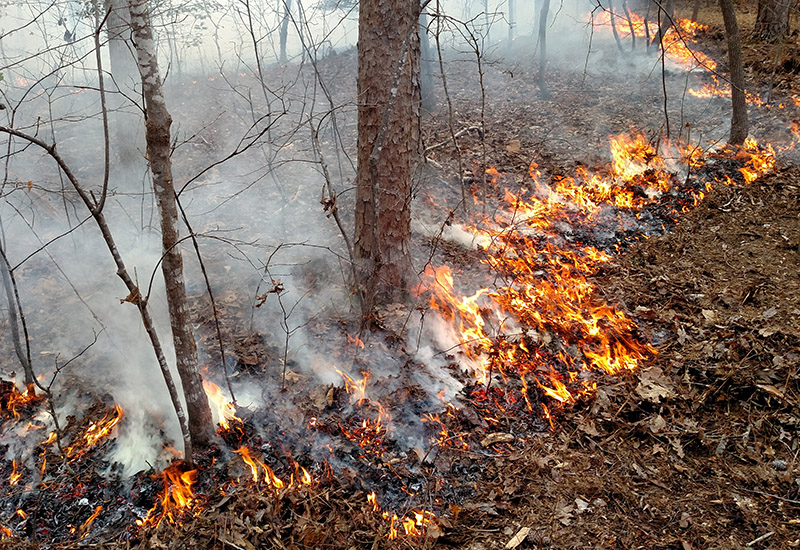 Near the end, some trees and stumps caught fire, usually because there was a crack and the resin ignited. The team got a hose and put these out. Johns said there is no harm in having the tree burn down but because it produces so much smoke, they put it out. The main concerns of the prescribed burn is the smoke spreading from the wind out onto the street. 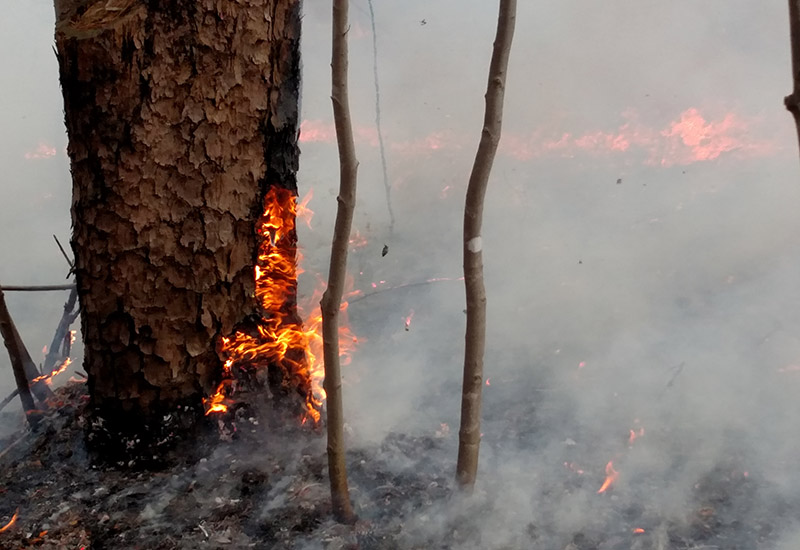 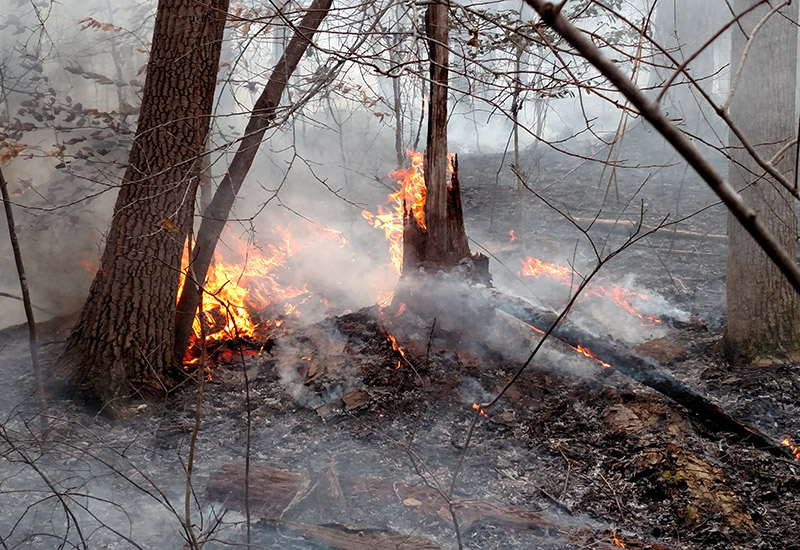 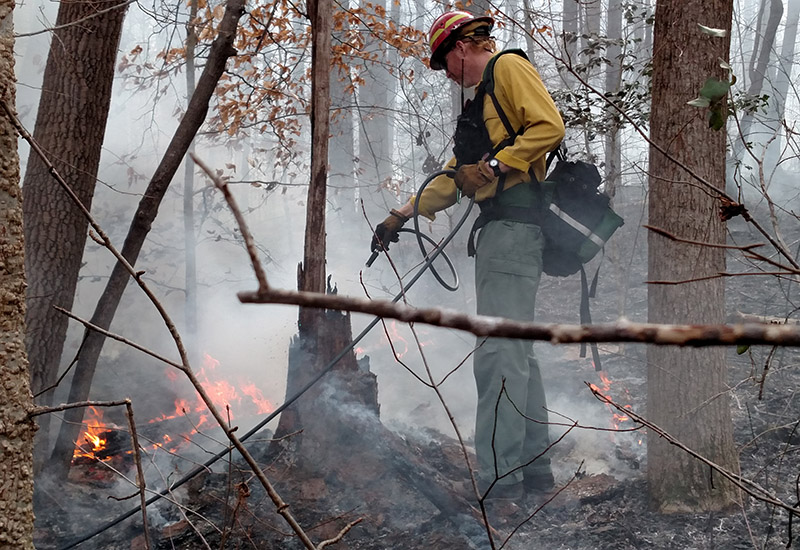 Afterwards, the ground is burnt but it is safe to touch within minutes. Johns said, by April-May, visitors won’t even be able to tell there was a burn unless they are looking carefully. 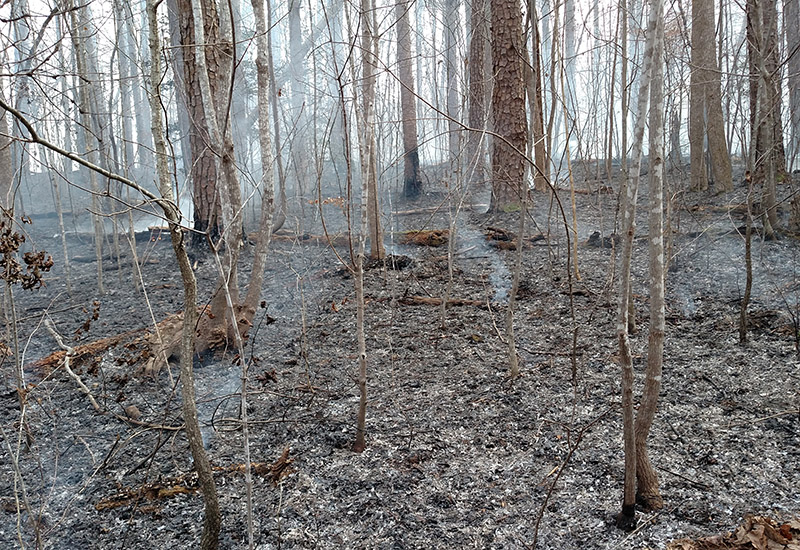 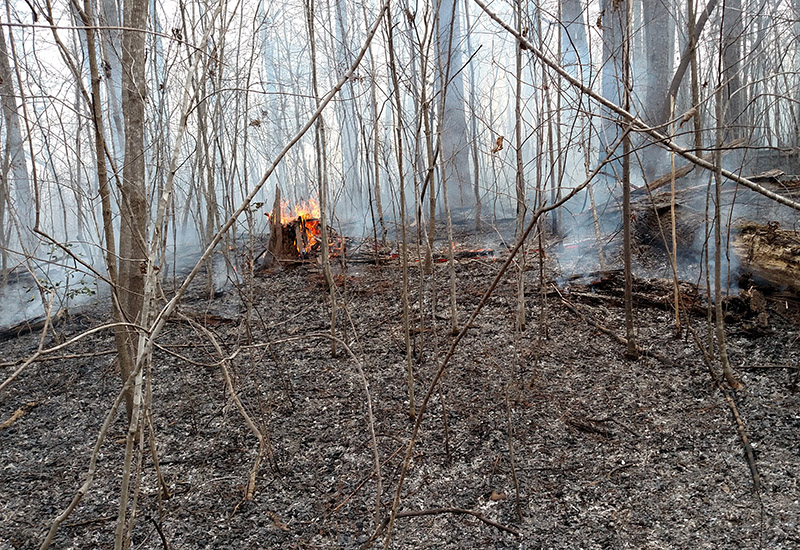 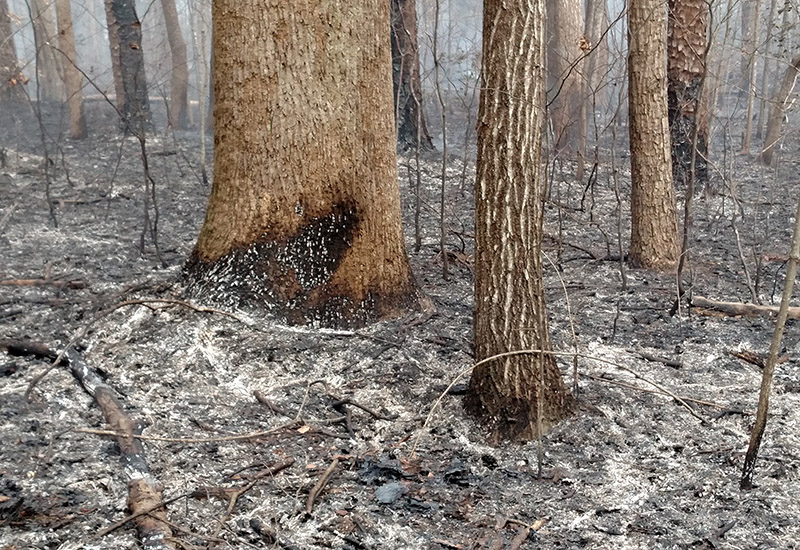 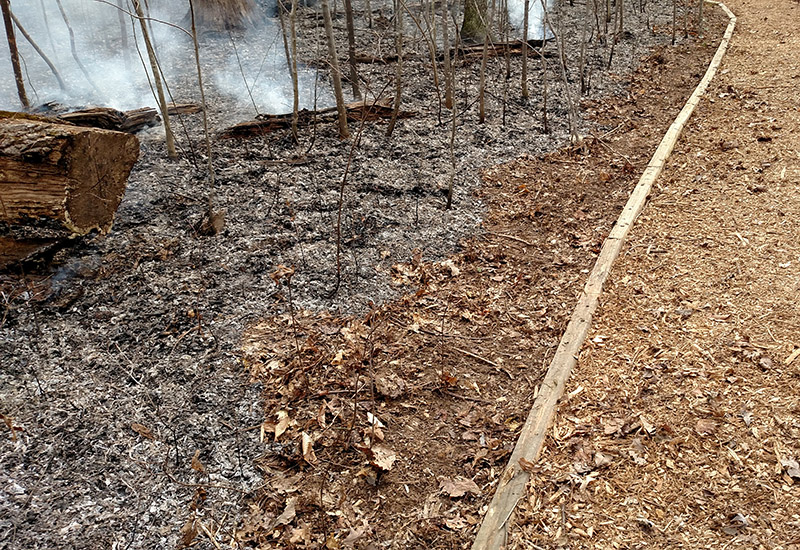