Morrisville, NC – As the rain this past week showed, controlling stormwater and runoff is an important consideration by municipalities here. And the U.S. Environmental Protection Agency is awarding Morrisville for its new approach to cutting down on reducing stormwater in the design of a new playground.

Morrisville’s Northwest Park sits on Louis Stephens Drive and has many amenities common to a playground: bars for climbing and sliding, a parking lot, a covered bench area and a trail for joggers and dog-walkers.

But this park is more than it appears at first-glance, earning Morrisville the 2017 EPA Rain Catcher Award for a municipality. To find the reason, you shouldn’t look at the playground itself but the ground it stands on.

“The surface is permeable. In the layers of stone underneath, there are pockets for water storage,” said Joshua Baird, stormwater engineer for Morrisville. “The outflow is held beneath and it is slowly released over time.”

“This design for the playground is so new and so innovative,” said Melissa Abbott, environmental specialist for Morrisville. “It’s the first time ever installing this system in this kind of location for this purpose. For a playground, it’s the first one we have heard of.”

Abbott said winning the award was a great feeling for those who worked on the project and on stormwater in Morrisville and they did not expect to be selected. And town staff who worked on the park added it would not have been possible without the contributions of the Mullis Design Group and Balentine Associates PA. 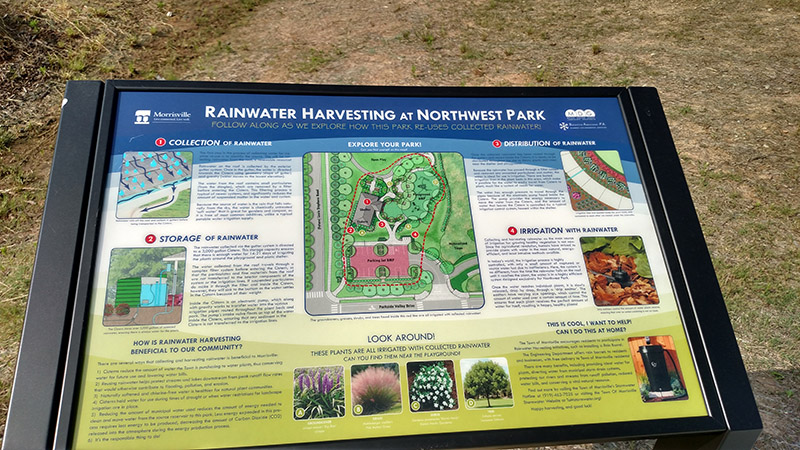 Displays around Northwest Park explain its design and function

Jerry Allen, Morrisville’s director of Parks, Recreation and Cultural Resources, said the design for the park came from its unique location.

“This site is unusual because of the limited space to work with,” Allen said. “In early stages, when we started looking at firm land and thinking about stormwater, we saw a stormwater pond would take up too much space. To get the storage we needed, we realized we’d have to make the park smaller.”

To find other ways to cut down on stormwater without making the park smaller, town staff and outside designers looked into solutions such as making the parking lot permeable. And from there, they designed a permeable surface for the playground itself that would store water in a similar way and slowly release it out. And as Baird said, this ultimately cuts down on costs.

“We’re treating stormwater at the source. It costs less than buying pipes and other infrastructure,” Baird said. “This is integrated at the source.”

In addition to no costs for paving asphalt and the long term costs of maintenance, Allen said the cost of making the Northwest Park permeable will prove to be worth it. 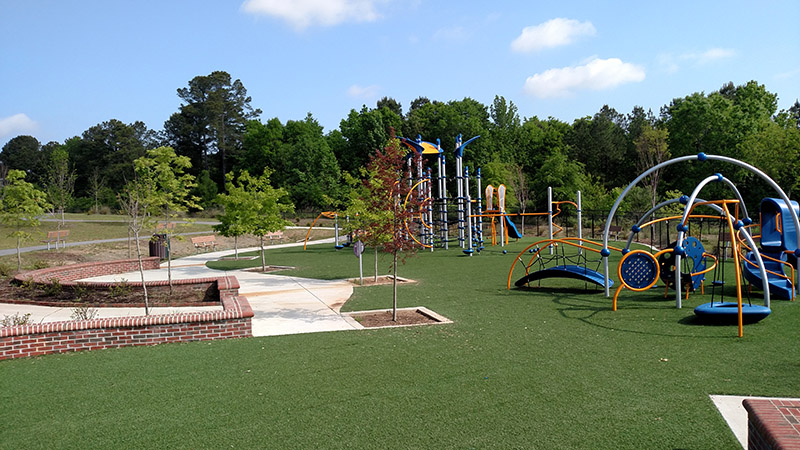 There are other environmental benefits from the park design. There are disconnected impervious surfaces around the park so rainwater can flow off of it and over the grass and other vegetation. And as stormwater is reduced, it prevents downstream erosion and keeps sediment out of the Jordan Lake watershed, where the park lies.

And the roof of the covered shelter also directs rainwater into a 3000-gallon cistern, which is then used to water the decorative plants around the park.

“It saves us from having to use drinking water on them,” Allen said.

Whether or not this same playground design could be replicated in other places, Allen could not say for sure.

“Each project is going to be different,” he said. ” We have to look at the various factors in each place.”

But for this project, Morrisville is going to be recognized with the EPA’s award, with Abbott attending to accept it at the International Erosion Control Conference on Monday, May 15, 2017.

For your own yards and homes, Abbot, Baird and Allen advised residents to use rain barrels to store water for irrigating plants, avoid putting anything in storm drains other than water and to pick up animal waste to prevent the spread of bacteria and viruses into watersheds. The Northwest Park has several pet waste bins, part of a partnership with the Wake County Soil and Waste District.

Northwest Park is located at 2114-2180 Louis Stephens Dr. in Morrisville. 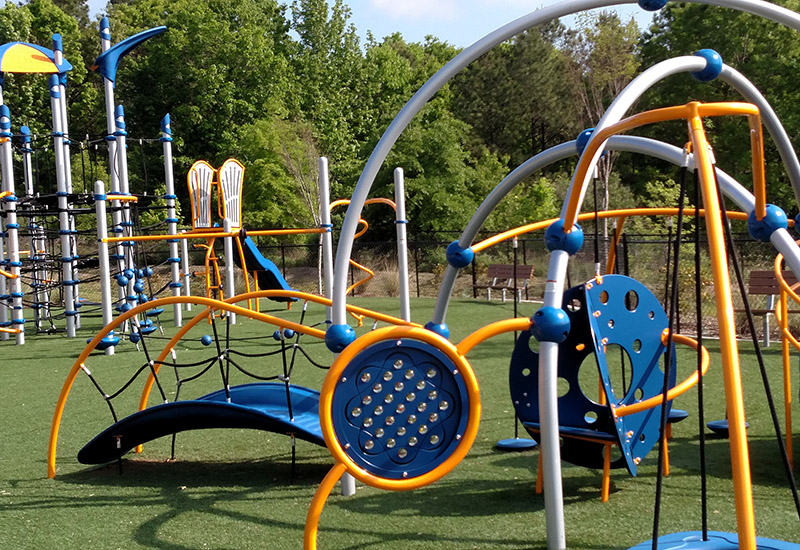 Gardening: What to Plant in the Month of May

2017 Guide to Summer in Cary
Scroll to top